The Brisbane Lions have announced that senior coach Chris Fagan will take a leave of absence while he fully co-operates with an AFL investigation into allegations made in a Hawthorn report about the treatment of Indigenous players during their time at the Hawks.

“The Brisbane Lions are aware senior coach Chris Fagan will work with the AFL on an investigation into allegations concerning historical events at the Hawthorn Football Club, where he was a former employee,” a Lions statement said on Wednesday. 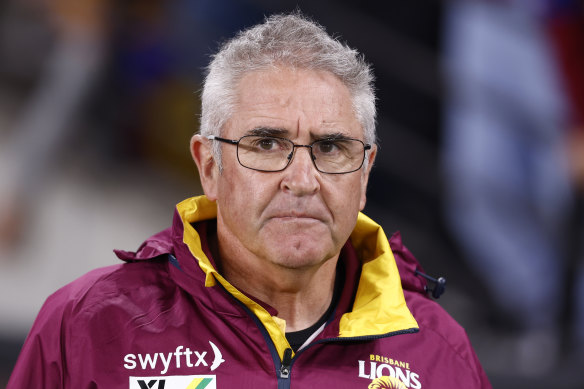 “Chris supports and welcomes the investigation.

“He was not consulted during the Hawthorn sponsored review and looks forward to the opportunity to be heard as part of the AFL investigation.

“The Brisbane Lions and Chris have mutually agreed that he will take a leave of absence from the club so he can fully co-operate in the investigation.

“As the matters are now with the AFL integrity unit, the Brisbane Lions won’t make any further comment at this stage.”

Hawthorn referred the allegations to the AFL’s integrity unit after conducting a review with former and current First Nations players and their families.

The external review has not yet been released, but the ABC on Wednesday reported allegations contained in it, including that the club demanded some First Nations players split from their partners and live separately from their family. In one incident a player and his partner were allegedly pressured to terminate a pregnancy to further his career, the ABC reported.

Sources familiar with the review said key people at Hawthorn, who are alleged in the report to have pressured the Indigenous players, were not approached by the authors about the allegations as their brief was to speak to former indigenous players for their experiences at the club.

AFL CEO Gillon McLachlan described the allegations as “harrowing” and announced a four-person independent and external panel, led by a King’s Counsel, would investigate the claims.