Ross Lyon has declined to be part of the process to be the next coach of Essendon.

Club sources have confirmed to The Age that Bombers football boss Josh Mahoney approached Lyon recently, but the former St Kilda and Fremantle coach told the Dons he was content working in real estate and the football media.

Lyon – who coached 163 games between 2007 and 2019, including 20 finals and appears on Nine’s Footy Classified and Triple M – was seen as a key contender for the Essendon job, following the departure of Ben Rutten. 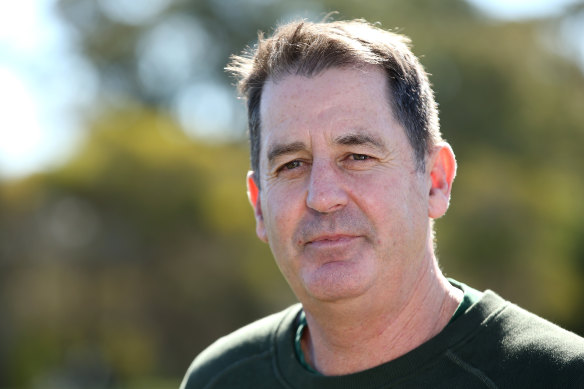 Reports emerged last week that senior Essendon players had told senior people at the club that they wanted Lyon to be their next coach because they believed he would bring strength and stability.

Former Bomber Brendon Goddard, who played under Lyon at St Kilda, was among those pushing for Lyon to be considered, based on his defensive focus and ability to build a winning culture.

“It’s open and honest and brutal at times, but creating winning cultures is hard,” Goddard said.

Premiership coach Robert Walls and legendary Hawk Jordan Lewis are leading a six-person coaching selection panel for the Bombers. The group met last week via video call and is looking to narrow down a shortlist of five before conducting interviews.

Essendon want to announce their next coach by the grand final, which will be played on September 24.