The Sydney Roosters have been dealt a fresh injury blow with the news boom teenager Joseph Suaalii’s maiden NRL campaign is over.

The Tricolours, already reeling from the medical retirements of captain Boyd Cordner and veteran hooker Jake Friend, have also lost Lindsay Collins and Luke Keary to season-ending injuries as they battle to keep place with the competition pace-setters. 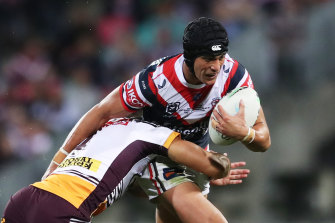 Suaalii, who turns 18 next month, was granted an exemption to make his first grade debut before that milestone birthday and has scored one try in five games to date.

News Corp Australia reports that the young gun injured his foot at training last week but will require surgery after X-rays revealed the extent of the damage.