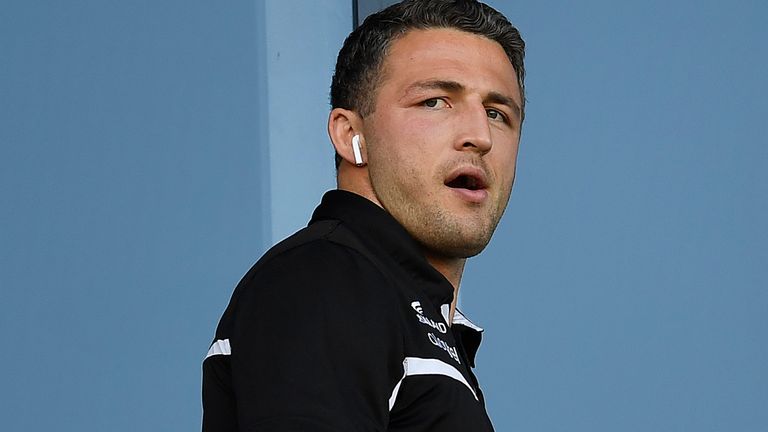 Former England rugby international Sam Burgess has been fined more than A$1,000 (£557) but spared conviction after pleading guilty to drug driving in an unregistered car near Sydney.

Burgess, who represented England in rugby league and union and enjoyed a high-profile career in Australia’s National Rugby League (NRL), was charged with driving a vehicle with an illicit drug present in his blood after failing a roadside test in February.

The former South Sydney Rabbitohs captain was ordered to pay A$1,162 (£647) in fines and placed on a good behaviour bond for nine months, state media reported.

“He’s been to counsellors and is undergoing a very strict regime in relation to the non-use of drugs,” Australian Broadcasting Corporation (ABC) quoted Moss Vale Local Court Magistrate Mark Douglass as saying.

ABC said the 32-year-old Burgess had been found with traces of cocaine in his system when he failed the roadside test.

Burgess has had a number of scrapes with the law in Australia since he was forced into retirement in 2019 due to a chronic shoulder injury.

He was found guilty of intimidating his former wife’s father by a magistrate’s court in February after the pair had a heated argument in late 2019, but the conviction was overturned on appeal in March.

Burgess stepped down from his coaching role at South Sydney and a television job with an Australian rugby league channel in October after the NRL said it would investigate allegations of drug abuse and domestic violence.

Burgess’ lawyer said at the time that Burgess rejected all the allegations.