Steve Price said he relished making the difficult decisions after leaving playmaker Blake Austin out of his Warrington Wolves team which beat Catalans Dragons 24-8 in Perpignan.

Price, who is leaving the Wolves at the end of the season to return to Australia, was delighted with the performance of his team in Saturday’s Super League match.

Star stand-off Austin was not selected for the squad that travelled to France, but scrum-half Gareth Widdop stepped up to the plate in the halves alongside Stefan Ratchford and the two ran the game.

“It was a really good performance by the boys,” said Price. “Our completion rate in the second half must have been up there around 94 per cent.

“We had the wind against us in the first half; it might not have shown on TV, but it was quite strong. We got our systems right and to keep Catalans to one try for a full 80 minutes is a really positive performance for us.

“I’m super proud of all the boys, it was a tough old game of footy. The effort area has certainly improved, which we’ve been asking for and they certainly delivered on that.”

Price gave assurances Austin remains a key member of the team, with his decision not to select the Australia-born Great Britain international motivated by believing it was better go with utility man Ratchford in the halves alongside Widdop. It’s more about Austo. He is an important part of our team, but I thought the best way of going forwards was with Stef and Gareth and it worked out okay.

“It’s more about Austo,” Price said. “He is an important part of our team, but I thought the best way of going forwards was with Stef and Gareth and it worked out okay.

“I’ve got some tough calls to make but it’s a good headache to have.”

James Maloney kicked a penalty then pounced upon a loose ball to cross behind the posts and convert it himself to put the hosts 8-0 ahead.

But Warrington hit back when Ratchford broke through the Dragons’ defence on halfway and released second-rower Ben Currie for a try between the posts and the Wolves went further ahead when Widdop cleverly switched the direction of attack with a kick to the left, collected by centre Toby King. 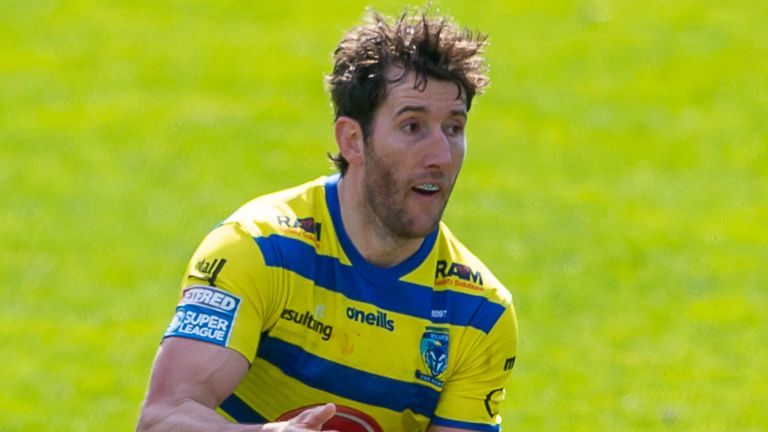 A 90-metre run by winger Jake Mamo from an interception extended Warrington’s lead and a towering bomb from Ratchford was patted into the hands of Widdop, who crossed to complete the scoring.

Catalans coach Steve McNamara was naturally disappointed to see his side beaten in Super League for the first time this season.

“We are all frustrated and disappointed at not getting the win and not playing as smooth as we have done,” McNamara, whose side face winless Wakefield Trinity next, said.

“It was a really tough game, and the tries scored from errors or intercepts are difficult to handle, there were not a lot of points scored tonight from structured play.

“But just like we didn’t over-react to our recent wins, we won’t over-react to this loss. The effort was there, the intent from the team, we were just a little off the mark and weren’t good enough to get the win in the end.”