Home » Rugby League » Too many Pies in the sky?

Collingwood’s loss has been Collingwood’s gain. In the absence of No.1 ruckman Brodie Grundy since round six, Darcy Cameron has stepped up to have his best season and Mason Cox his best since 2018, a grand final year. The Magpies were 3-3 with Grundy, 13-4 since.

Both are proud, Cameron that he’s been able to rise to the challenge, Cox that he has demonstrated his versatility after playing most of his career as a forward and relieving ruck. 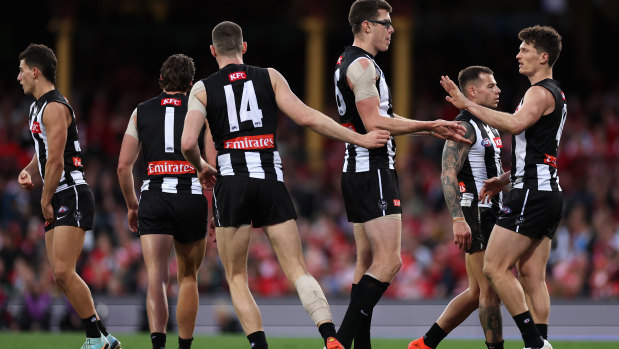 Darcy Cameron and Mason Cox have become a tandem.Credit:Getty Images.

Cox said still being the tallest player in the AFL helped. He’s watching out for Richmond’s Mate Colina, a friend and occasional lunch companion, who is two centimetres taller, but hasn’t played a senior game yet. “I’m clinging on,” he said.

Cox said opportunity was all. “Brodie getting injured is tough for the team, but it opened a door for me,” he said. “I’m going to try to make the most of it. It’s taken the whole of my career.”

But the upgraded performance of Cox and Cameron gives rise to a delicate question, made touchier still by the endless swirl of speculation about Grundy’s future: If he stays at Collingwood next year, as he wants, can all three fit into the same side?

Cox sidesteps nimbly. “I don’t know. I don’t get paid enough to make those decisions,” he said. “Whatever happens, happens. I’m not going to influence it in any way.” 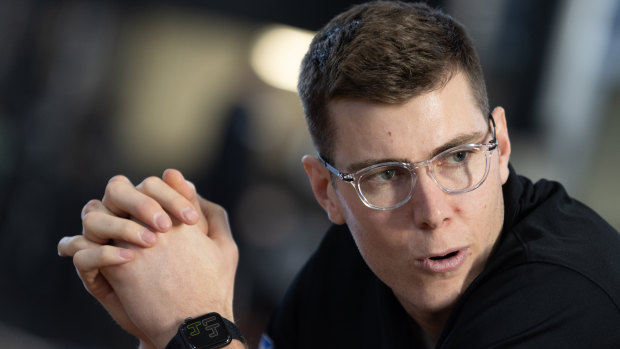 Cox said Grundy has been an important influence on his career and was a mate. “I said to Brodie recently, ‘No matter what happens, in 10 or 20 years’ time, when we’re both retired, we’re still going to be mates’,” he said.

“What’s important to me is his friendship and that he’s OK from a mental health stance.” 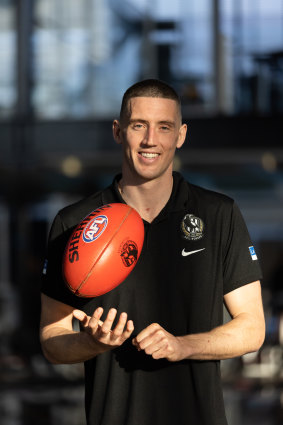 Cameron said competition was not necessarily bad. “There are going to be times in teams where people are fighting for positions,” he said. “Whether it’s me and Brodie, or Coxy and Brodie, or me and Coxy as it has been since I got here until this year. I’ll leave that one up to the coaches.”

The showing of Cox and Cameron is a distillation of Collingwood’s season of serendipity, far surpassing even internal expectations. The players know it. “I don’t think anyone’s experienced anything like it in a season of football before,” said Cameron. “I feel seriously privileged to be a part of it. It’s been so much fun.”

Even narrow defeat at Geelong’s hands in front of the biggest crowd Cameron has played before had an epic quality. “It was an unbelievable game,” he said. “The intensity, the crowd noise, the atmosphere: I’ll always remember it despite losing.”

The ride’s not over, but it’s been hazardously re-routed via a cut-throat semi-final and a preliminary final in Sydney. Cameron said confidence remained undampened. “It would be just another great story for the Collingwood Magpies this year if we did it that way,” he said. 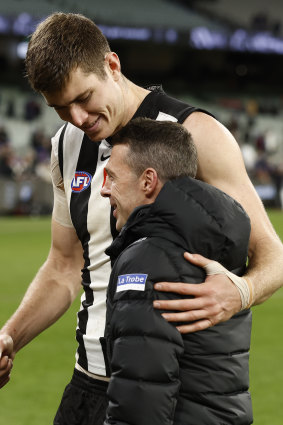 Cox’s whole seven-year AFL career has been a fable, and the wonder is not lost on him yet. “The whole thing doesn’t make sense to me still,” he said. “Every now and then, before a game maybe, I’ll look out, and then I’ll think back to the first day I walked into the club. It’s been a hell of a ride.

“I’ve been to the point where I thought my career was going to end. Then I had this year, then was able to get a contract for next year. When that happens, you realise that moments like playing in front of 91,000 are very fleeting. You’ve got to take them for what they are and make the most of them.”

The twist for Cox this year is that the man who taught him to play football and became his neighbour and friend is now his coach. Craig McRae tutored the neophyte Cox in a previous stint at Collingwood and remained a mentor even after he left.

“Sometimes it’s a bit awkward for two mates for one to be a boss and one to be a player,” Cox said. “That can be difficult. But we’ve had those harder chats when we needed to have them. And no matter what happens, we’re going to be mates.”

Cox said he saw McRae’s success coming. “I always knew he was someone who practised gratitude and appreciation and went about things the right way,” he said. “I knew he’d be able to change this culture.”

A characteristic of Collingwood’s season is that they have won many games despite most statistical indicators running strong against them. Cox and Cameron both said that the Pies were aware of the numbers and conscientious about improving their contested ball, for instance, but in the end dwelt only on the numbers on the scoreboard. 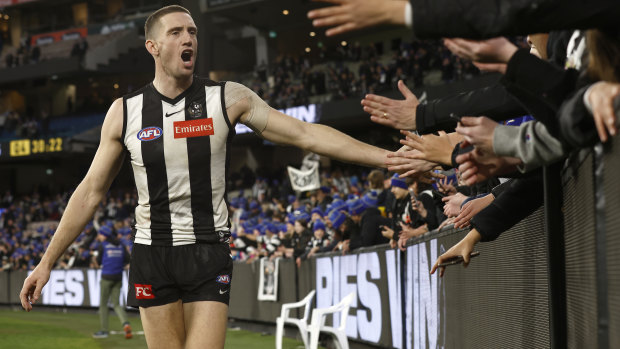 Darcy Cameron enjoys the spoils of a win.Credit:Getty Images

“It excites us if anything,” Cameron said. “We’re still performing at a high level of footy and there’s so much growth. Our best is still in front of us.”