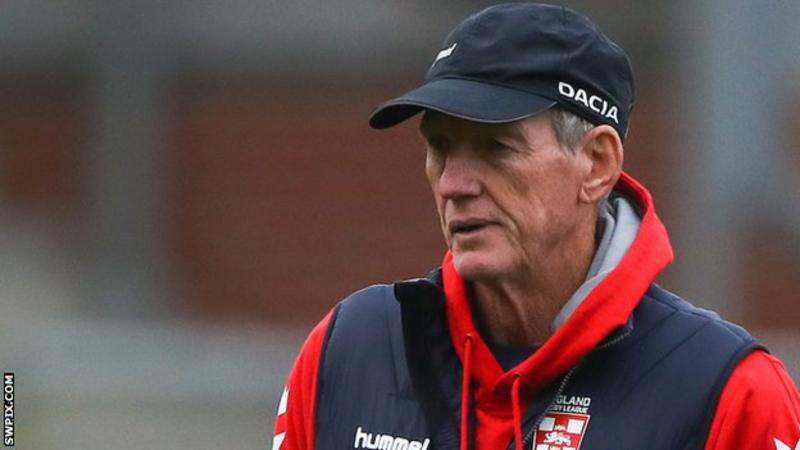 England head coach Wayne Bennett will take up the role at National Rugby League side South Sydney Rabbitohs on a two-year deal from 2020.

The 68-year-old, who also currently coaches Brisbane Broncos, is working with the England squad for the 2018 Test series with New Zealand.

Bennett will complete his final year with the Broncos in 2019 before moving to Redfern.

His current deal with England will expire at the end of the 2019 season.

Veteran coach Bennett will be reunited with England players Sam, George and Tom Burgess on taking up the post.

“Souths is one of the iconic clubs in the game. I didn’t think I would get this opportunity, but that opportunity has now come for 2020 and 2021.”

Rabbitohs general manager of football Shane Richardson added: “Wayne is one of the best, if the not the best, rugby league coaches of all time and we are excited to see what he can bring to our club.

“His football record is second-to-none and his reputation as a leader is also of the highest order.”

The role at Souths has come up because current boss Anthony Seibold has neglected to sign a new deal beyond 2019.

The 44-year-old is linked with the Broncos job in what would effectively be a coach swap.

His opposite number for the New Zealand Tests, ex-Wigan and Bunnies coach Michael Maguire, has accepted a deal to join Wests Tigers.