Naitanui shared a screenshot of the racist tweet on Tuesday, and the Eagles have reported the issue to the AFL. 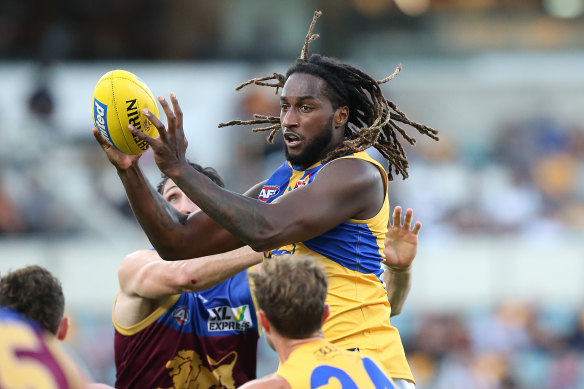 Richmond duo Maurice Rioli and Marlion Pickett, Fremantle pair Michael Frederick and Michael Walters, and Melbourne star Kysaiah Pickett are among the players who have been trolled by racists this year.

“The West Coast Eagles strongly condemn the latest spineless racial attack on one of our players on social media,” the club said in a statement.

“The post targeting Nic Naitanui today is appalling, offensive on the highest possible level and once again illustrates how far we have to go in educating society that attacks of this nature are intolerable.

“The vast majority of Australians understand the hurt and offence that abhorrent posts of this nature cause but unfortunately a small minority persist with these vile social media posts.

“We all have a responsibility to call it out and take a zero tolerance position on this issue.”

Naitanui has been targeted by racially based posts throughout his AFL career, and has been a shining light in calling out racism.

Even in the early years of his career, Naitanui said he held no grudges towards racist people, and even would like to meet them so he could help educate them.

“I’d love to meet people like that and introduce them to our cultural backgrounds and what we’re all about, because at the end of the day we’re all the same,” Naitanui said in 2014.