Home » Rugby League » Year of the Don: Fletcher says Bombers have ‘nucleus of players’ for big 2022

After almost two decades of false starts, Essendon finally look to be well-placed for a meaningful run at the finals, according to club legend Dustin Fletcher.

Next year will mark 18 seasons since the Bombers last won a final, having lost seven in a row, including six straight elimination finals, after beating Melbourne in the 2004 first elimination.

But Fletcher believes the Bombers have now got “a pretty good nucleus of players” to help them climb the ladder in 2022 after a surprise finals appearance this year. 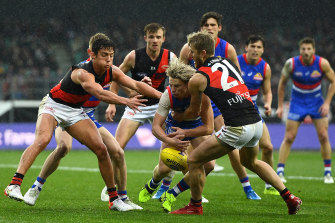 The Bombers in action against the Bulldogs during the first elimination final. Credit:AFL Photos

“For different reasons obviously the last 10 years, it’s been a little bit tough, but even before that we had a little bit of a lean period,” the two-time premiership champion told The Age.

“I just think it’s the time now for Essendon to see their chance to really start improving.

“No doubt it’s a big year and winning two or three extra games is still pretty tough to do, so we’ve got to try and get from those 11 wins up to 14 or 15.

“I’m excited and looking forward to the season already.”

With crowds presumably back for good next year, and Essendon celebrating their 150-year anniversary, Fletcher said season 2022 had the potential to be a memorable one for the Bombers.

“And I suppose the A-graders, [Jake] Stringer, [Zach] Merrett and [Darcy] Parish had really good seasons. 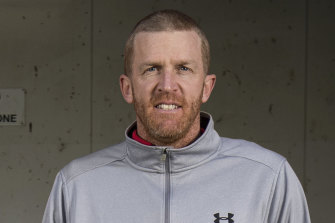 “There’s no doubt we’re in a pretty good spot.

“It’s tougher and tougher, every side is wanting to improve, but I think that Essendon are a good chance to have a very good year next year.”

Fletcher was the general of the Bombers’ backline for more than 20 years, and the two-time All-Australian liked the look of the team’s current crop of defenders.

“Of the players they’ve got down there, Ridley is obviously the one that’s had an outstanding probably two or three years,” the Essendon games record holder said.

“And they got [Jake] Kelly in [from Adelaide] I think to play on those smaller types that give us a bit of trouble, so I think the backline is in pretty good shape.

“It would be great to get Michael Hurley back, I must admit I’m a big ‘Hurls’ fan and loved playing with him – he’s coming back from a big injury [hip infection] so fingers crossed we can get Hurls back to somewhere near his best.”

Fletcher was also bullish on what the Bombers’ engine room could produce next season.

“You need a good midfield and good midfield depth and with Parish, the season he had, and Stringer’s been going in there, even [Jye] Caldwell, missed a lot of footy last year, and we’ll get him for a full year,” he said.