Home » Young Hawks down Bulldogs as Ugle-Hagan is eased in

The Western Bulldogs are adamant No.1 draft pick Jamarra Ugle-Hagan will be made to earn his spot in the senior team.

The Victorian teenager, who has been touted a future a star, wasn’t picked in Luke Beveridge’s side, which lost to an impressive, young Hawthorn team in a practice match on Wednesday, despite an obvious vacancy left by the injured Aaron Naughton. 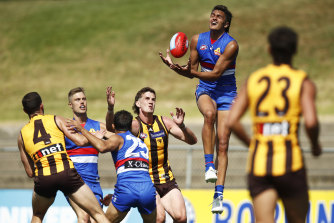 Ugle-Hagen – like all Victorian draftees – was unable to play much football last year because of the coronavirus crisis. Bulldogs great and assistant coach Rohan Smith said the club won’t be putting pressure on him to be in the team early in 2021.

“He’s a kid. He didn’t play at all last year. There is a little bit of hype but we just want to see him compete and have a bit of fun,” Smith said.

“During training he’s been really good. He’s shown patches when he can hold a really good mark and hold some really good defensive patterns as well in his game. He’s just got to find that consistency and we’ll certainly see that over the next few weeks.”

Ugle-Hagan will be trying to find a spot up forward, where he’ll be competing with the likes of Naughton and Josh Bruce. Bruce was relatively quiet in the loss to Hawthorn. It was the resting ruckman Tim English who looked the most dangerous up forward, with new recruit Stefan Martin doing the majority of the ruckwork in impressive fashion.

Plenty of positives for young Hawks

In a fairly new-look forward line that started with Jacob Koschitzke, it was nippy small forward Ollie Hanrahan that caused the Dogs the most trouble. Hanrahan kicked three goals to half-time and the rookie selection will be looking to build on his 16 senior games in 2021.

New draftee Connor Downie was impressive on the wing and will provide coach Alastair Clarkson with some much needed outside run, particularly with Isaac Smith and Tom Scully recently leaving the club.

Changkuoth Jiath – or CJ, as he’s called by his teammates – also impressed across half-back. Jiath is very athletic and has a few tricks in his bag. Expect to see a lot of him at senior level this year after only seven career games to date.

Forget about Adam Treloar and Ugle-Hagan, what about Stef Martin? The former Demon and Lion may prove an invaluable pick-up for the Dogs, given that it allows English to spend more time developing his forward craft.

Martin turns 35 at the end of the year but has been particularly durable during the later stages of his career, barely missing a game since 2015.

He proved a handful for Jonathon Ceglar and Ben McEvoy.

New rule had no impact

While there has already been murmuring of discontent across clubs for the new man-on-the-mark rule, it was hardly noticed at Whitten Oval.

There was one 50-metre paid in the last quarter, but that may have even been paid last year.

League football operations boss Steve Hocking would’ve been pleased with what he saw as he watched on from the stands. The rule caused little confusion and both teams had 22 scoring shots. But then again, it was little more than match simulation.

“I don’t know yet, that’s the honest answer, ” Newman said. “You can only gauge so much from training. I think we need to have a look at a few more games consistently.”

McEvoy back to the future

The Hawks say he’s likely to play there for the majority of the season and not in his previous role as centre half-back.

“There may be stages where we need him to go back, but at this stage he’ll be predominantly in that ruck role,” Newman said after the match.

Newman said the recruitment of Kyle Hartigan has also allowed McEvoy to move back into the ruck without leaving too big a void in defence.

“We feel like he’s got a real opportunity, as captain too, to be able to go in and play with Cegs and provide a strong contest for us on the ground,” he said. 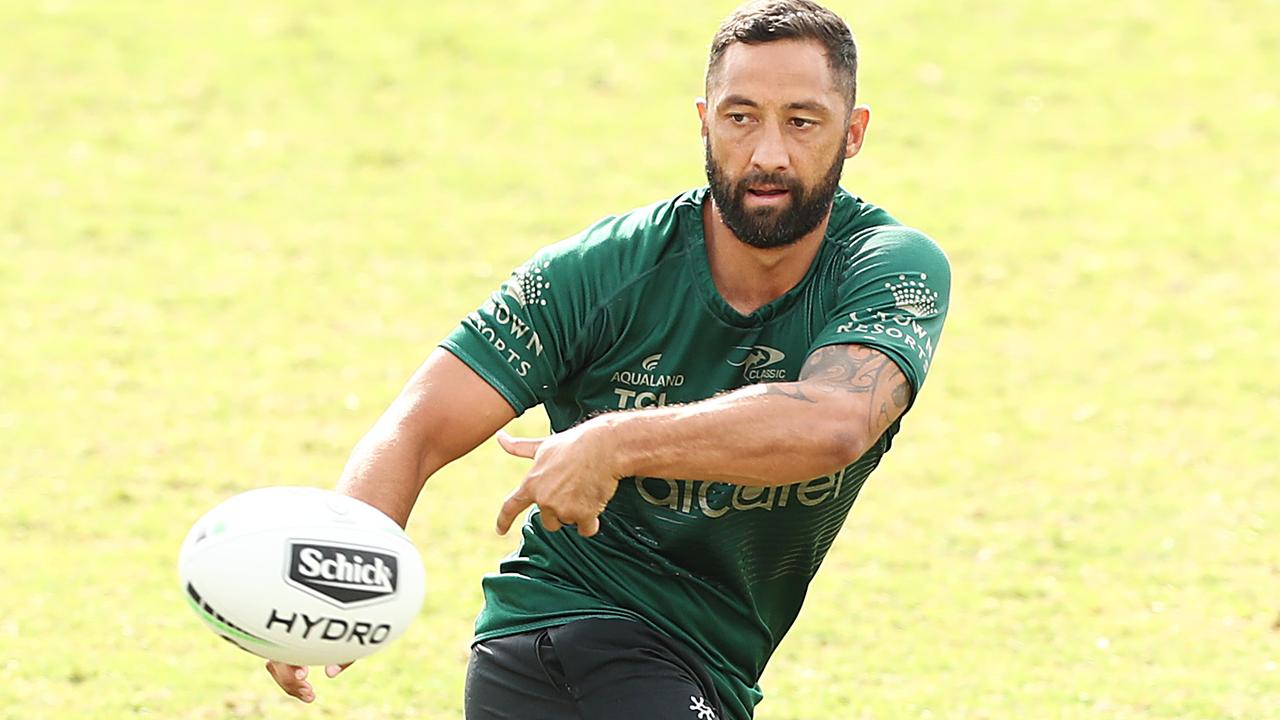 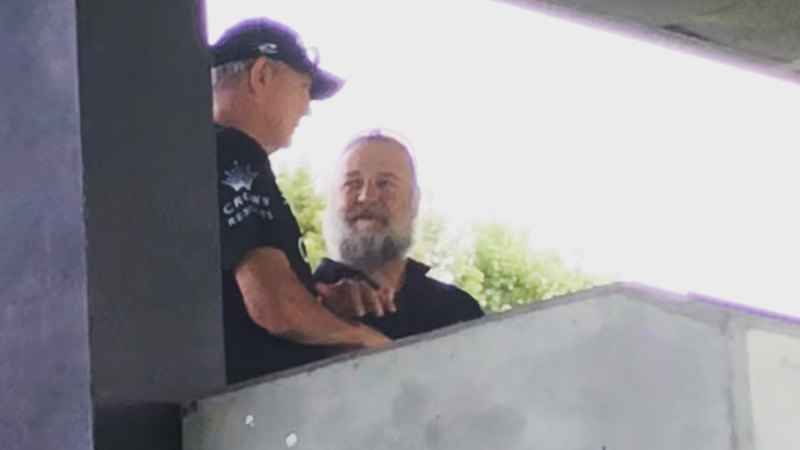