The nephew of one of Australian rugby’s highest-ranking officials has been branded ‘extremely lucky’ after being banned for just two weeks after grabbing a rival by the testicles in a game of European rugby.

Former Australian rugby schoolboys star and Canberra Raiders recruit Charlie Rorke, who is the nephew of Rugby Australia board member Hayden Rorke, was sent off for squirrel gripping Benetton Treviso’s Leonardo Sarto while playing in his debut match for Stade Francais in the European Challenge Cup at the weekend.

Sarto was also red-carded for retaliating to Rorke but the Italian escaped suspension.

After viewing the incident via replay, referee Ben Blain said to 21-year-old Rorke: “You’ve grabbed a player by the testicles.

“There’s no place for that in the game. Leave the field.”

Rorke was charged European Rugby Challenge Cup by under Law 9.27 – a player must not do anything that is against the spirit of good sportsmanship – and according to guidelines, faced a ban between 12 weeks at the low end, and 104 weeks (or two years) at the top end. 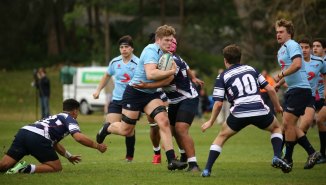 Charlie Rorke playing for the NSW Schoolboys in 2017.Credit:ARU Media

England prop Joe Marler was recently suspended for 10 weeks for grabbing Wales skipper Alun Wyn-Jones on the genitals as a joke in the Six Nations.

Rorke pleaded not guilty but was found guilty by a ERCC judiciary panel and, in what was deemed a ‘slap on the wrist’, the Australian was given just a two-game suspension. 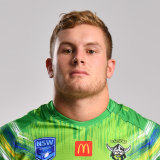 Rorke is a well-known talent in Australian rugby circles, after emerging as a star of the future in 2016 and 2017 while playing at St Ignatius’ College, and for the NSW and Australian schoolboys teams.

Rorke was subject to a tug-of-war between codes and elected to sign with the Canberra Raiders in 2017 on a rookie contract.

He signed with the North Sydney Bears in late 2019 but after the Canterbury Cup was cancelled in 2020, Rorke joined Stade Francais this year and was playing in his first game when he was red-carded.