Rugby players will be stuck as ‘jam in the sandwich’ between clubs and unions if revolutionary World 12s takes off, warns Exeter Chiefs boss Rob Baxter

Rugby players will be left as ‘jam in the sandwich’ of a contractual row if the World 12s plan comes to fruition, according to top English coach Rob Baxter.

The proposal for revolutionary global franchise tournament was met with fierce scepticism among traditional powerbrokers of the game on Wednesday.

While the organisers trumpeted they had ‘more than 10 significant approaches’ from private investors across five continents interested in buying one of eight franchises, large swathes of the sport rolled its eyes at the idea. 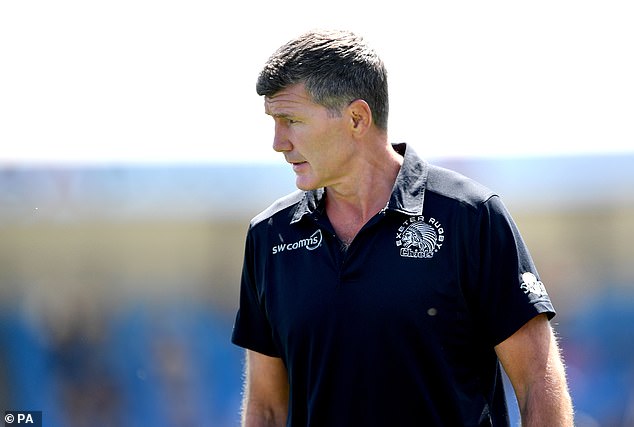 Exeter Chiefs boss Baxter said: ‘I had a wry smile to myself, shook my head and said “here we go again”.

‘It’s going to be players put in the middle again, as jam in the sandwich, between clubs and unions because these people — I’m assuming — will offer a lot of money to attract them to play, as they have to make it attractive.

‘The players will then have to turn around and ask to be released from contractual obligations. It doesn’t fit without player release.’ 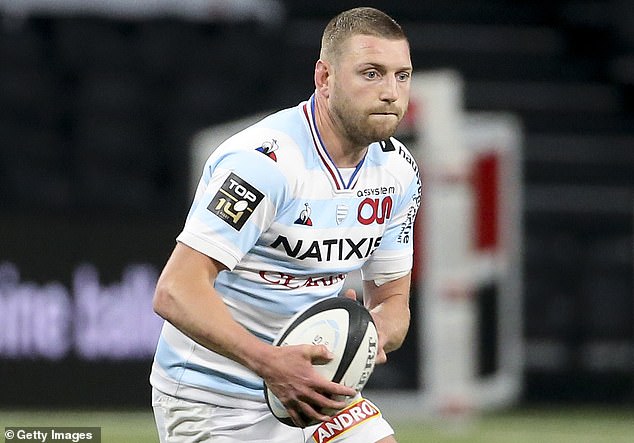 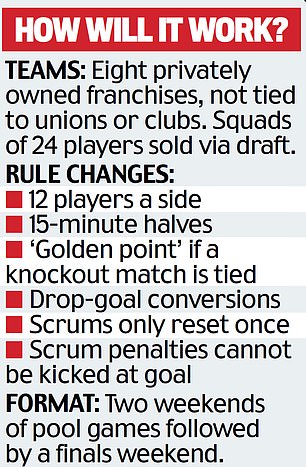 World 12s would need to pay for a player’s wages for at least a month — in some cases up to £60,000 — with extra financial sweeteners attached for it even to be considered by the toughest nuts to crack, the French and English club owners.

One source told Sportsmail: ‘If there’s fresh money coming in then everyone’s eyes will be turned, but we all know what a crazy world rugby politics is.’

While World 12s believe they have £30million backing already, that figure has brought suspicion in rugby.

‘Everyone’s got a price,’ he commented.

‘It’s how much money they’re offering. The game needs money. Everyone is in debt and will continue to be in debt for years.’

Northampton coach Chris Boyd added: ‘Players and player associations always talk about the need for rest and welfare and controlling minutes. Then something comes in which has a nice juicy financial carrot and suddenly some of those things might not be as important as they were before.’