Courtney Lawes looks set to miss the start of England’s Six Nations campaign after he withdrew from Steve Borthwick’s squad preparing for the Championship opener with Scotland.

And with George McGuigan also injured and Jamie George suffering with a concussion, new England head coach Borthwick is already facing up to a hooker crisis.

Northampton forward Lawes suffered a calf injury in Champions Cup action against La Rochelle on Saturday. He has also suffered with head and glute injuries this season. 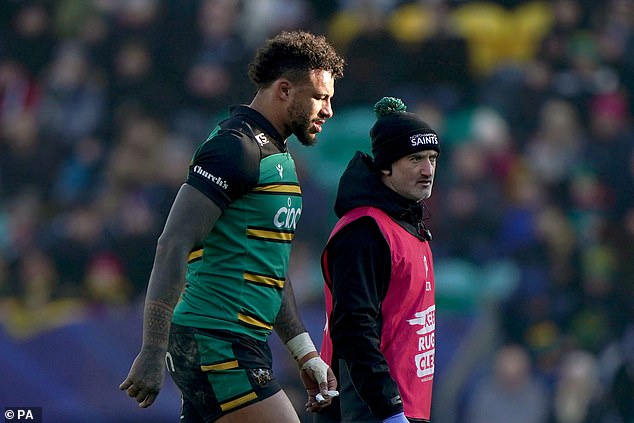 Gloucester’s McGuigan has also withdrawn from the England squad which met up on Monday morning to prepare for the Six Nations due to a knee injury.

Bath hooker Tom Dunn and Northampton forward David Ribbans have been called up by Borthwick as replacements.

While the loss of experienced forward Lawes is a big blow to England, arguably the bigger concern is the hooking position. 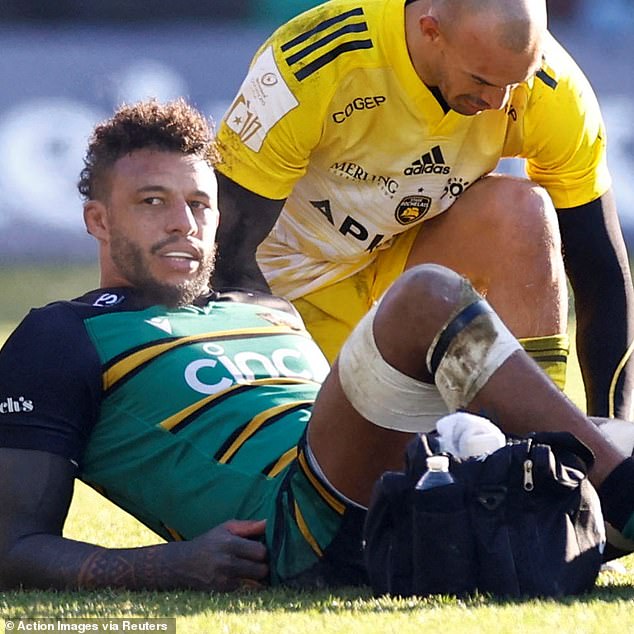 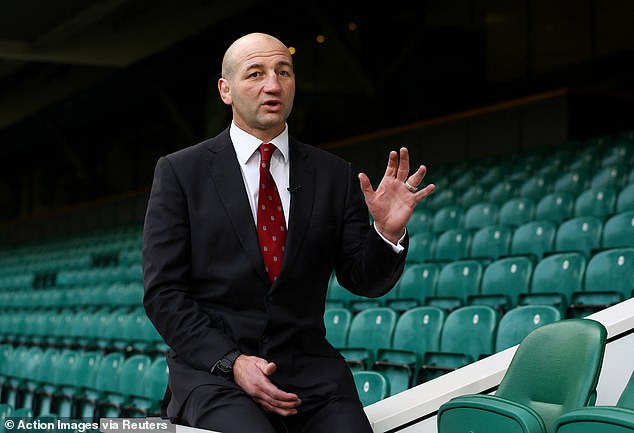 He withdrew from Steve Borthwick’s squad, who are preparing for their opener with Scotland

George took a nasty head knock against Edinburgh when playing for Saracens on Sunday night.

He was sent for a head injury assessment at the same time he was sin binned for a high tackle on Luke Crosbie, before then returning to the field.

George was subsequently removed from the game at half time by the independent matchday doctor. 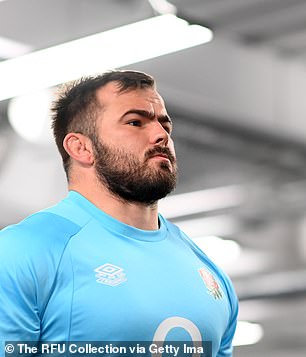 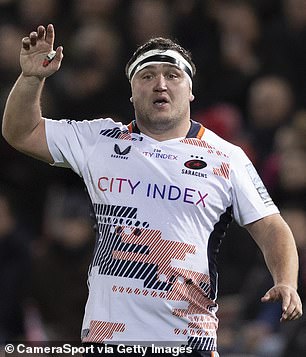 It means he must go through a standdown period of 12 days making him unlikely to face Scotland at Twickenham on February 4.

With Exeter’s Luke Cowan-Dickie not included in the England squad due to an ankle injury and George and McGuigan now side-lined, it has left Borthwick with a headache.

Jack Walker and Dunn are the leading hooking contenders to now be involved against Scotland.