If anyone in rugby has learned to expect the unexpected, it is former All Black No 10 Stephen Donald.

‘Never draw a line through anything!’ he laughs, taking cover in a restaurant in Shinjuku on the eve of Typhoon Hagibis.

Eight years ago, Donald was out on a fishing boat, catching whitebait in Waikato, when he received a phone call that is now written into rugby folklore. 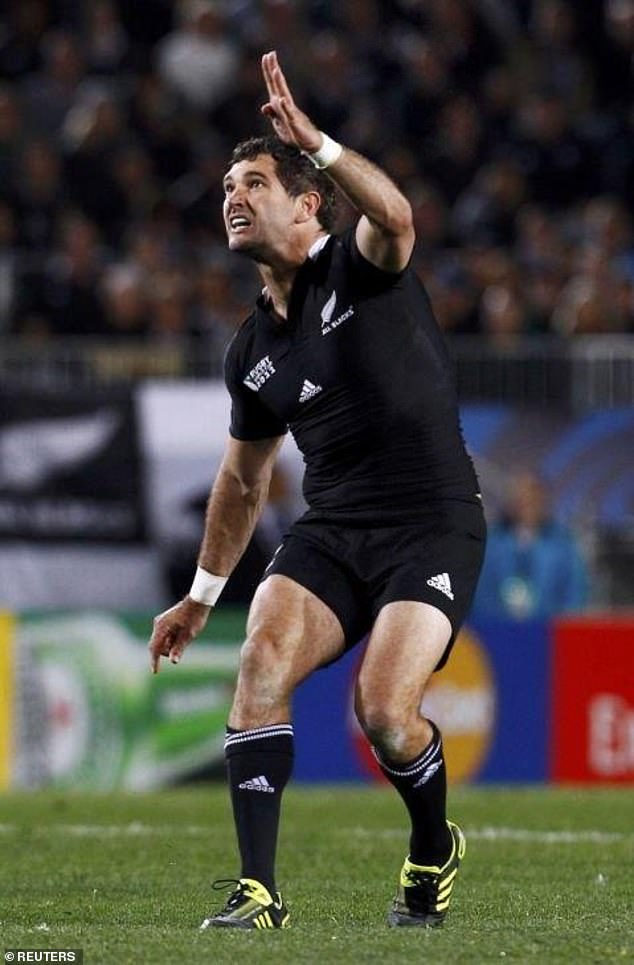 He was left out of New Zealand’s World Cup squad, fourth choice, but that all changed when Dan Carter, Colin Slade and Aaron Cruden were struck by injury.

Donald’s story is frequently referenced by England coach Eddie Jones — usually to give hope to those left out of his squad — as the fly-half was drafted in to kick the winning points in the 2011 World Cup final.

‘Funnily enough, I’ve never even met Eddie,’ chuckles Donald. ‘I guess it’s a bit of a double-edged compliment to have your name reeled out when someone’s left out the team — “Ah, this guy managed it, so you can too.” If I’m totally honest, I wasn’t in the greatest shape when I got the call so that probably undermines his story a little bit!

‘I’d had quite a difficult year in the run-up and my plan was to leave everything behind and jump on a plane to Bath. New Zealand Rugby called and said “Can you stay put and fly the day after the final?” I was a bit p****d off with everything so I said to my agent “Nah! I’m not doing that” but he talked me around. 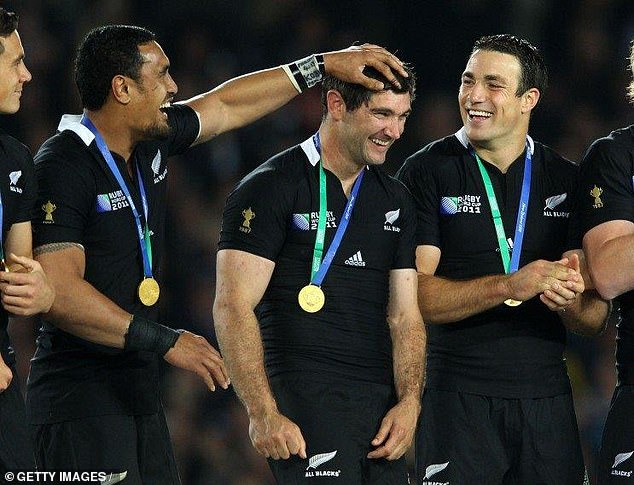 ‘I had a very social six weeks — not watching what was going into my mouth — and put on five kilos. I gave away all my All Blacks tickets because I couldn’t bear to watch. I’d come to the conclusion that my All Black career was over.

‘Then I was down the river fishing for whitebait with my mate. A dead patch for phone signal. We got back to the boat ramp and my phone started going mad. I never saved the coach Graham Henry’s number on my phone because you never want to make a bad call when you’re not thinking straight! Then Mils Muliaina called me and said, “Graham’s trying to ring you… you better call him”. We were taking the boat out of the river to put it on the trailer, our little dinghy on the Waikato River, and Graham said, “Beaver, if you bring me three kilos of whitebait, you can play for the All Blacks this weekend”.

‘I sat on the bench for the semi-finals and then I came on in the final. At the time, it was just another kick. I didn’t think it was that important but there’s no hiding from the fact it changed my life.’

Donald has been able to cash in on his moment of glory. He currently plays his rugby in Japan, where he is working as a pundit for New Zealand television throughout the World Cup. He signed for Bath after the 2011 competition but was uninspired by his experiences in the Premiership. Now, however, he feels that England, along with South Africa, are New Zealand’s biggest rivals for the title.

‘When I was at Bath, you wouldn’t expect any ball play from the forwards,’ he says. ‘Even some backs couldn’t throw a decent pass. It’s worlds apart now. I watched England live the other day and some of their ball play was incredible.

‘I think the winner will come from them, New Zealand and South Africa. Elliot Daly does some incredible work in the back-three and I remember Manu Tuilagi from when he ran over me playing for Leicester!

‘Eddie’s done an amazing job with them. Look at the Japanese skill level… that’s come from repetition and I imagine there’s a fair bit of repetition in the England camp.

‘I love listening to the jams he comes out with in press conference. Secretly, I think a lot of Kiwis quite like him!’