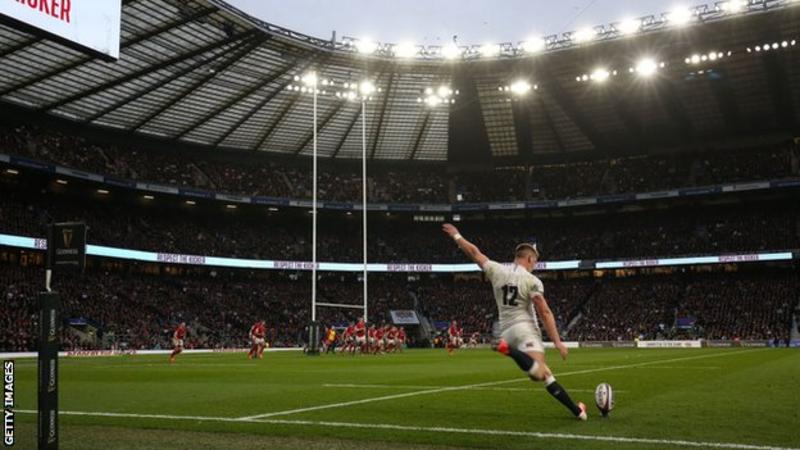 England are scheduled to host New Zealand, Argentina, Tonga and Australia on consecutive weekends in November.

While the preference is for those games to go ahead, another option is to hold a Six Nations-type tournament in the event of global travel restrictions.

But Sweeney played down the prospect of matches behind closed doors.

“Playing behind closed doors – for us – is not much different to the games being cancelled,” he told BBC Sport.

“By the time you fire up the stadium, pay for the players and the costs associated with preparation time and camps, when you play behind closed doors for us, there is not a huge difference between that and the games not taking place.

“Having attendance and having fans turning up is key.”

Sweeney said the RFU is planning for a variety of social-distancing measures that may be in place come the autumn, but is hopeful a crowd of some size will be allowed to attend.

“If things progress as they seem to be progressing now, hopefully we will see crowds at Twickenham in October and November,” he added.

Several contingency plans are being considered if southern hemisphere teams are unable to travel to the north, including the staging of a bonus Six Nations, which could be combined with the 2021 tournament to make an unprecedented “home and away” series.

“The preference from both the north and the south is that the original programme will go ahead,” Sweeney said.

“But there are two or three different options that feature more northern hemisphere competition around that autumn window.

“One of them is you’d play a Six Nations tournament in that autumn that would combine with fixtures next year and for the first time ever you’d have home and away.

“Every (plan) has pros and cons to it and those are being evaluated.”

Sweeney is part of a six-person working group which has been meeting regularly since March to try and thrash out a ground-breaking new global rugby calendar.

While cautious given the number of stakeholders involved, Sweeney said the plans are gathering pace, adding “it is possible it could move very quickly”.

Under the proposals, the northern hemisphere professional club season would start in December or January and run deep into the summer, while the July tours would shift to October, meaning there would be back-to-back international windows in the autumn.

“If we can all find agreement, it is not impossible that we could see a new calendar for the 2020-2021 season,” Sweeney said.

“There may be a few more hurdles, and it might take a little bit longer, but I would like to believe we could get it done for 2020-2021.

“It’s a big wish, and there are all sorts of hurdles in the way of that, but that is not impossible to do.”