Home » Rugby Union » England centre Tuilagi: We have a plan to keep me fit for World Cup

‘We have a plan to keep me fit for the World Cup!’: Manu Tuilagi returns to action with Sale this season after yet another injury and England centre has eyes on the big prize

Life is about love, not hate,’ says a newly philosophical Manu Tuilagi, as he sits back on a bench at the home of English rugby and surveys the landscape of an empty Twickenham.

‘Look at everything that is going on in the world. If we spread love, it would be a much better place. We’re here at Twickenham, in peace. Look at other countries like Ukraine. They’re at war. That should put into perspective how lucky me and you are. We don’t have to worry that someone is going to bomb our house. We have to be grateful.’

On the eve of the new season — which will culminate with next year’s World Cup in France — Tuilagi is in reflective mood as he talks to Sportsmail. The juggernaut England centre has had much to ponder this summer after yet another injury-hit campaign saw him spend long periods on the treatment table. 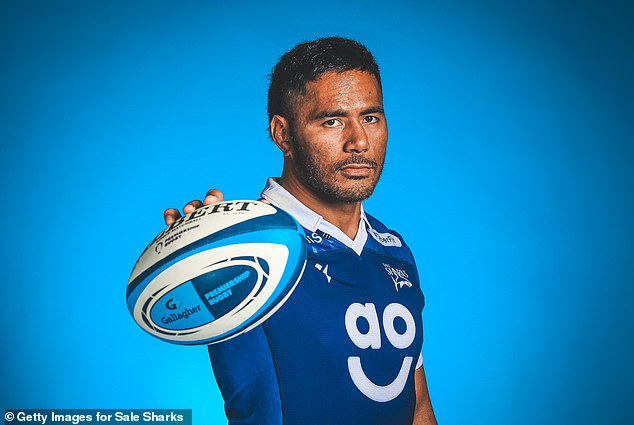 Now 31, Tuilagi is no stranger to the physio room. Fitness, as well as disciplinary, issues have defined his career and yet he remains arguably the most important figure in English rugby. Simply, there is no other player like Tuilagi in his position of centre. That is why England coach Eddie Jones will be hoping the Sale man can stay fit for what is a huge 12 months ahead.

‘It’s tough,’ says Tuilagi, ‘but as you get older you learn and can start to accept it. My wife is everything to me. She’s there every day and it’s tough for her when I’m injured. She’s helped me to be where I am and allowed me to live out my dream. But when it happens, you have to move on and start looking at the plan to get back. I always have the day I’m going to be back on the field in the back of my mind.’

Last season, Tuilagi suffered hamstring and knee issues. The first saw him miss England’s underwhelming Six Nations. He had been due to start against Wales but was ruled out at the 11th hour. Tuilagi also had to sit out England’s summer tour win over Australia to have knee surgery.

It has led many to question whether Jones should move on from his powerhouse midfielder as he isn’t around often enough to be relied upon. 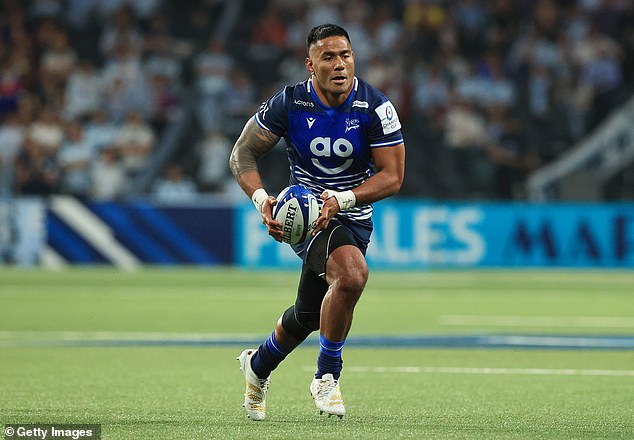 ‘I read all the comments on Twitter. 100 per cent,’ Tuilagi adds. ‘There are not many things that annoy me because they are people’s opinions and I can’t help that. It doesn’t make me angry. ‘They will say what they say and good or bad. I’m always happy. I’m fully fit now and back training. I can’t wait. Being on the field is an amazing feeling. You can take it for granted. It’s what I love doing and it’s about not talking about it but doing it and bringing it to life.’

Since starting England’s 2019 World Cup final defeat by South Africa, Tuilagi has played just six internationals. But he is still one of the first names on the team sheet given the punch he brings to the back division. He will be carefully managed by Sale and England this season. The plan, set out after crunch talks between the two parties after Tuilagi’s hamstring issue in March, involves missing the odd game at club level. 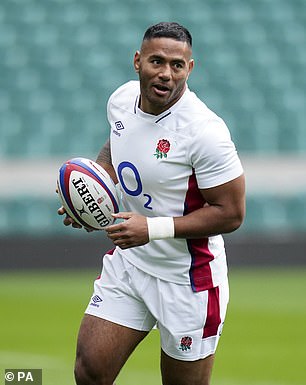 Tuilagi, Jones and Sale director of rugby Alex Sanderson will hope the strategy pays off. ‘It’s a case of looking at myself,’ says Tuilagi. ‘I’ve learned a lesson in terms of sleep. You have to rest your body when you work hard. I could have done that better before. I would love to play in the World Cup. But it’s about how I get there. I have to focus on now. We have a plan at Sale and they have a good relationship with England. My body feels good. It’s about managing it through a long season with recovery.’

Tuilagi credits the support of his wife Chantelle and his five older brothers for helping him get through the tough times. He will start at centre for Sale if tonight’s Premiership opener against Northampton goes ahead. Jones will surely watch with interest.

Sale — boosted by the signings of George Ford and Jonny Hill — are hopeful of challenging the Premiership’s elite. And then for Tuilagi there is the autumn internationals to aim for when the All Blacks visit for the first time since 2019. The newly phlegmatic Tuilagi will take it all in his stride and doesn’t think if he does get injured again it is all doom and gloom for England.

‘There are boys that can fill in for me with England,’ he says. ‘We have unbelievable players that can go and win. Look at the tour to Australia, amazing. We’ve got depth, but if I’m fortunate enough to be there, I love it.

‘Coming out into stadiums like Twickenham is what dreams are made of. I love all the England fans. I feel privileged to have people who support me and if there are fans who don’t, I still love them.’