England are on high alert over the red-card crackdown on dangerous tackles which could undermine their autumn international campaign.

Eddie Jones’s side, whose injury problems deepened on Friday when centre Manu Tuilagi pulled out with a groin strain, go into Saturday’s first Quilter Test against South Africa at Twickenham knowing that matches over the next month will see zero-tolerance officiating.

Dylan Hartley, England’s co-captain, insisted that he and his team-mates will stay on the right side of the law, saying: ‘We’ve still got to be dominant and physical and win collisions but there’s a line that you’re allowed to tackle up to and we’re going to be below that. We are clearly aware of what’s going on but I don’t think it’s a problem in our game. 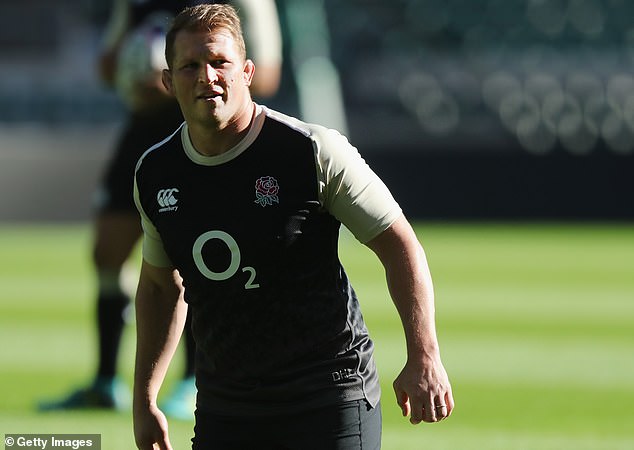 ‘We obviously try to practise the perfect tackle but the chances of that coming your way in a game are pretty slim. Your feet are in the wrong place or you’re on the back foot. When you’ve got a 6ft 8in bloke running at you you’ve got a different tackle selection than if, say, Quade Cooper was running at you. You have to respect the challenge that is in front of you and tackle accordingly.’

Jones supports the drive by the authorities to rid the game of collisions involving contact with the head. He said: ‘If the game’s going to be better, that’s the price you’ve got to pay. Is it the right thing to do? One hundred per cent. I was involved in the committee about the tackle height and we need to make the game safer. The law is right.’

Tuilagi, who was set to be a substitute, was primed to end his two-year Test exile but strained a groin in the final training session in Portugal. Tuilagi has had a nightmare run with injuries and will be replaced on the bench by wing Chris Ashton who is in line to make his first Test appearance since 2014. 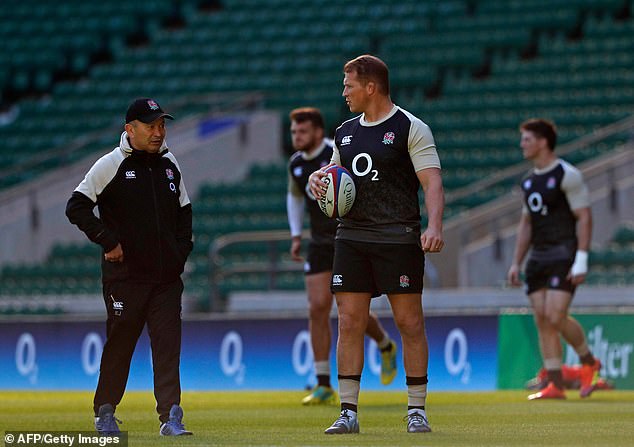 Tuilagi is expected to be fit for next week’s Test against the All Blacks but the 27-year-old has not always been a fast healer.

‘It’s not too serious but, with Manu’s history, it’s not one to risk,’ confirmed co-captain Owen Farrell.

Assistant coach Neal Hatley added: ‘We are expecting him to be right for New Zealand. If Saturday was a World Cup final then we probably would have kept him in.’

Jones is managing an injury list of almost 20 players, with Tuilagi joining the likes of Billy Vunipola, Mako Vunipola, Courtney Lawes and Anthony Watson on the sidelines. But as one door closes, another opens. 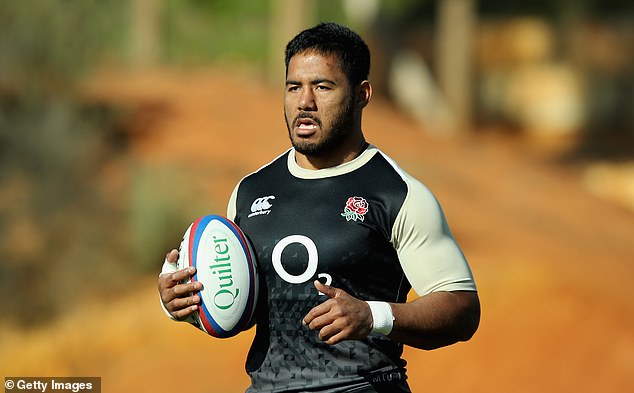 Ashton has never been capped by Jones and he joined Sale from Toulon during the summer to pursue his World Cup ambitions.

Due to suspension, he has made only one club appearance this season but he scored a hat-trick on his debut last month.

His record is an impressive 19 tries in 39 Tests and, despite an alarming lack of game time, the 31-year-old has impressed Jones and Farrell in training.

‘He’s not looked rusty at all,’ said Farrell. ‘He’s a machine in terms of his fitness. He’s someone that loves scoring tries, loves being around the ball, working hard so that he can put himself in those positions.’