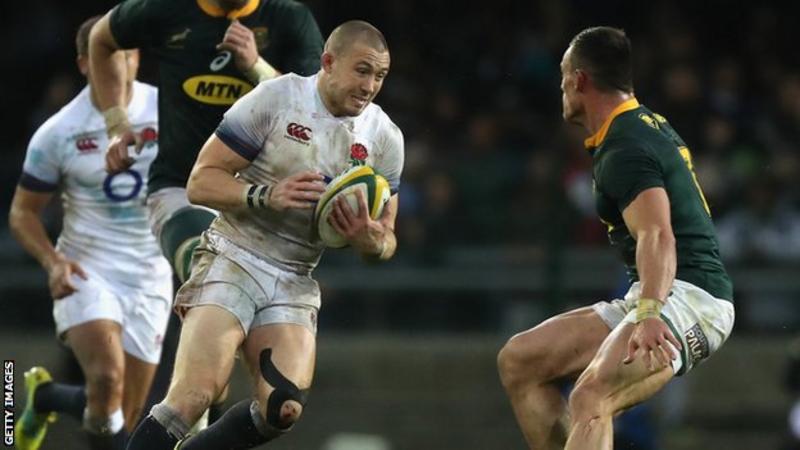 Experienced back Mike Brown has been left out of the England squad for Saturday’s match with South Africa at Twickenham.

Brown, 33, is not part of a 25-man group retained in camp in Portugal and will return home on Tuesday evening.

Number eight Ben Morgan has also been released, leaving Bath’s Zach Mercer in position to make his England debut against the Springboks.

Lock Courtney Lawes has been ruled out with a niggling back problem.

Brown, who has 72 caps, has been an ever-present over the past few years under head coach Eddie Jones, starting all three Test matches against South Africa in June.

His absence means Elliot Daly is likely to start at full-back, with Jonny May and Jack Nowell on the wings.

Chris Ashton, back in English rugby with Sale after a spell at Toulon, has also been retained, and is set for his first England appearance since June 2014.

Lawes will remain in Portugal for rehabilitation on his injury, but has not been considered for selection.

“He’s a top quality player, and we know that, he’s been brilliant over this last period of time,” said England forwards coach Steve Borthwick.

“But we have got options.”

In the forwards, Saracens back row Michael Rhodes, Bath flanker Sam Underhill and Worcester prop Nick Schonert are also out of contention.

Schonert’s 19-year-old club team-mate Ted Hill – who was in the training camp as an apprentice – has also been released.