Home » Folau Fakatava: Highlanders scrum-half out for up to a year after sustaining a knee injury against Crusaders. 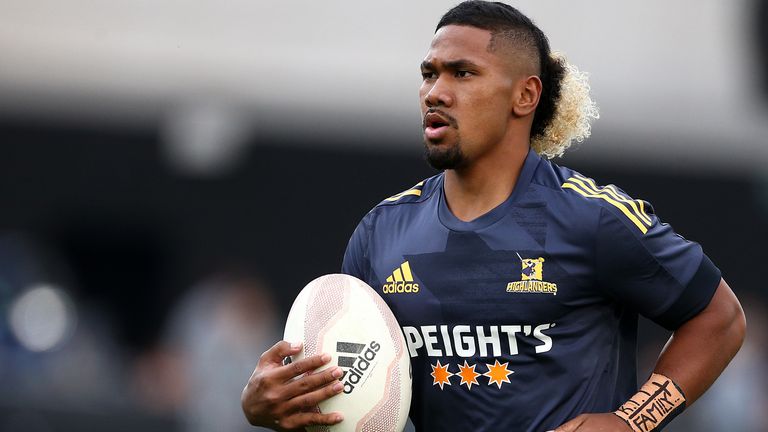 The Highlanders’ highly-rated scrum-half Folau Fakatava will be out of action for up to a year after sustaining a knee injury in last week’s win over the Crusaders, the Super Rugby team said on Wednesday.

Fakatava, who last month signed a new deal until 2023, will need an operation to repair the damage and a rehabilitation period of nine to 12 months, the Highlanders said.

“This is tough on Folau; he’s been playing outstanding rugby this season and he must have been in consideration for the All Blacks with his performances in Super Rugby Aotearoa and the Mitre 10 Cup,” Highlanders head coach Tony Brown said.

“We’re fortunate that we have an excellent replacement in Kayne Hammington, who has been training hard for an opportunity, he is very experienced and knows our game well.”

Super Rugby’s Trans-Tasman competition has abandoned plans for a “super round” this year, where all 10 teams would play in a single city in one weekend, but will explore the concept in the future, New Zealand Rugby’s Chris Lendrum said on Wednesday.

New Zealand Prime Minister Jacinda Ardern said on Tuesday the country would allow quarantine-free visits from Australia from April 19, raising the likelihood that the competition scheduled to begin on May 14 will go ahead.

NZR’s head of professional rugby Lendrum said the idea of the single-city round had been put on hold and the five fixtures in the third round of the six-week competition would now be held at different venues.

SUPER RUGBY STANDINGS
Post-easter and Finals fast approaching: AU fight for top spot continues but who will get third spot; Aotearoa sees @Highlanders come to life to put pressure on @BluesRugbyTeam for a finals berth.#SuperRugbyAU#SuperRugbyAotearoa pic.twitter.com/y7kF4GhQiB

“That’s one thing we’ve run out of runway to do this year,” Lendrum told reporters. “With the uncertainty building into it, it was too hard to contemplate basing ourselves in one city.

“It’s certainly a concept we want to explore in the future when conditions around our competition are more settled. We’re working on the venues for round three fixtures now and will announce those in due course.

“We’re going to have a scenario where some teams now have three home games and some teams have two, but we’re encouraging clubs who play each other that weekend to have a commercial discussion about how proceeds of the game are shared.”

The five Super Rugby teams from Australia and New Zealand have been restricted to domestic competitions since the COVID-19 pandemic shut down the 25th season of the inter-continental version last March.

Governing body SANZAAR is taking stock of the announcement by the New Zealand PM on Tuesday and may yet have to rejig the already-published schedule to reduce the number of times the teams fly across the Tasman Sea.