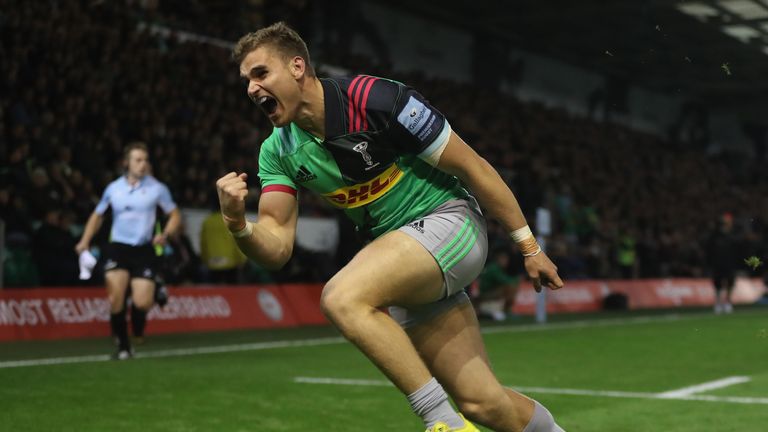 Harlequins back James Lang has been drafted into the Scotland squad following
injuries to Sam Johnson and Matt Scott.

Glasgow centre Johnson sustained a knee injury during his side’s weekend defeat to Munster, while Scott is suffering from concussion.

Lang, 23, made his first two Scotland appearances during the summer wins over Canada and Argentina.

Scotland’s set of Autumn internationals gets underway against Wales in Cardiff on Saturday 3 November before home fixtures against Fiji, South Africa and Argentina.

Lang has scored one try in six appearances for Harlequins this season.

Scotland face Wales in Cardiff on November 3 before playing Fiji, South Africa and Argentina over the following three weeks.