‘Losing a World Cup final can be traumatic… we’re building a new team to take us to the greatest heights’: Eddie Jones claims England have banished Japan pain by winning Six Nations

It was a year ago on Monday when the national team lost the World Cup final to South Africa and their head coach expressed satisfaction at how they had recovered from that ordeal to claim the championship trophy for the third time in five attempts on his watch.

England beat Italy 34-5 on Saturday then watched France beat Ireland, but not by a sufficient margin to overtake their cross- Channel rivals. 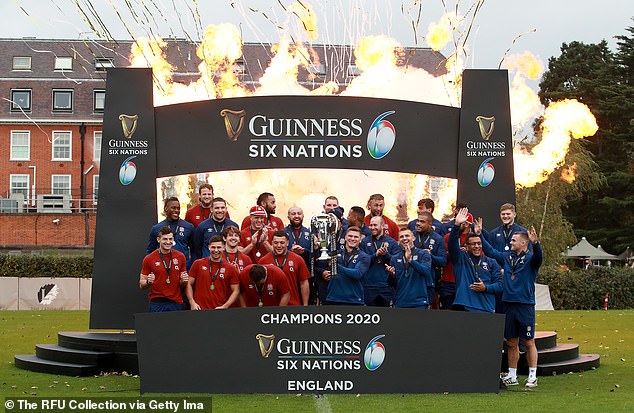 Reflecting on his side’s achievement, Jones said: ‘Losing a World Cup final can be traumatic. It leaves a scar. You’ve got to find a way to go forward again. We’ve evolved through this tournament and we’re building a new team to take us to the greatest heights in the next four years.

‘We’ve seen English clubs win the Challenge Cup and the Heineken Cup and now we’ve won the Six Nations, so it’s a pretty healthy stage for England. It’s only going to get healthier.’

England returned to the bubble of their base in south-west London for a low-key, Covid-era ceremony. ‘We had a trophy presentation when we came back,’ said Jones. ‘There were 40 or 50 people there. It was fantastic. 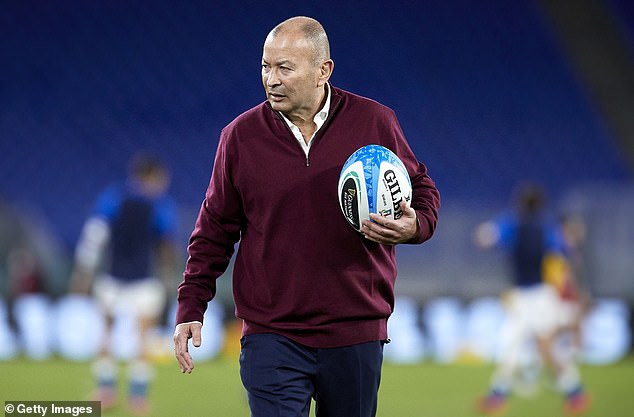 ‘The players walked to the stage, there were fireworks. Owen Farrell got to be Bill Beaumont and put the medals around the players’ necks. They enjoyed that moment and now we’re back to business.’

England spent Saturday night together in Rome watching France v Ireland and Jones believes that fostering squad camaraderie will prove beneficial during the Autumn Nations Cup in the weeks ahead.

‘We had a lovely night,’ he said. ‘All the boys enjoyed and behaved themselves. They had a few beers and a few wines. It was one of those nights you remember.’