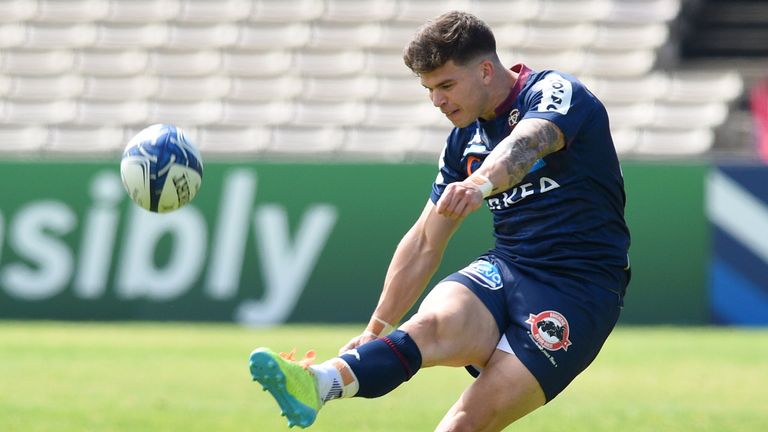 Bordeaux-Begles are through to the Heineken Champions Cup semi-finals, after Mathieu Jalibert’s 82nd-minute penalty from his own half secured a dramatic 24-21 victory over Racing 92.

It was by no means a classic at Stade Chaban-Delmas, with error-strewn performances from both sides for the majority of the contest. But that will not matter to Bordeaux, who are through to the last four after a hard-fought victory. 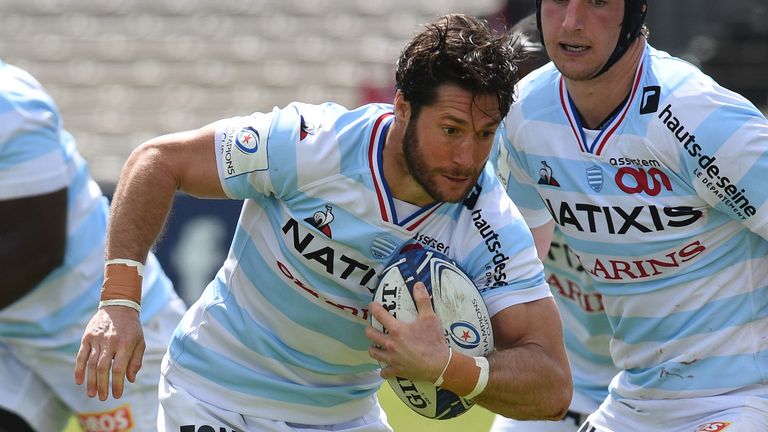 The Parisians, heavily depleted in the absence of Finn Russell, Teddy Thomas, Virimi Vakatawa and Simon Zebo, were dealt another blow within the first minute as Camille Chat was forced ashore due to injury.

Maxime Machenaud and Mathieu Jalibert traded early penalties, before Antoine Gibert nudged Racing back into the lead with a 15th-minute drop goal.

The visitors’ ill-discipline began to cost them, as Jalibert took full advantage of Racing’s rising penalty count to send Bordeaux into a 9-6 advantage.

Machenaud was able to match the France out-half’s accuracy, however, splitting the posts with a long-range penalty to level it once more.

Despite Racing enjoying a significant period in Bordeaux territory, they were unable to make it count on the scoreboard. Gibert attempted a second drop-goal on the half-hour mark, but this time his left-footed attempt was wide.

They were handed a platform in the 37th minute when Bordeaux’s Remi Lamerat was sent to the sin bin for a trip on Juan Imhoff.

Despite the numerical advantage, Racing were incapable to find a breakthrough as the hosts held out until half-time with the scores level at 9-9.

It's honours even at the break 🤜🤛

A cagey game so far and nothing splits @UBBrugby and @racing92, who'll step up in the second half? 👀#HeinekenChampionsCup live blog ➡️ https://t.co/DCiDhdkj6s #UBBvR92 pic.twitter.com/Vhsyw4pHZB

Bordeaux returned to their full complement relatively unscathed, with a Machenaud penalty shortly after half-time the only damage Racing managed to cause during Lamerat’s absence.

With 15 men, Bordeaux looked to hit back immediately. Their pack managed to push over the line, but were held up. But they were playing with a penalty advantage, and Jalibert knocked it over for three points.

Machenaud then restored the Racing lead from the tee, before Bordeaux launched the most significant attack of the match.

Scrum-half Maxime Lucu tapped a quick penalty to maraud deep into the opposition half. They were awarded another penalty, and launched a platform from which Scott Higginbotham broke the line before popping the ball to Jalibert. The out-half attempted to stretch for the try-line while shipping a tackle but knocked it on.

Nonetheless, he made amends with two quick-fire penalties to send his team into a 18-15 lead.

Baptiste Chouzenoux was then shown a yellow card for a high tackle on Roman Buros, and the Racing flanker could consider himself lucky the card was not a different colour after the referee and TMO considered a red.

Racing worked their way back up the field and levelled it once more through the boot of Teddy Iribaren, but Jalibert restored the lead moments later and it seemed they were set for victory.

However, the out-half conceded a penalty at the base of a ruck with two minutes left on the clock, which Iribaren converted.

Yoram Moefana thought he had won it at the death after racing into the corner, one phase after the restart. But the centre’s smiles were dashed by the TMO.

Extra-time seemed inevitable, but Bordeaux were awarded a penalty just inside their own half, and Jalibert landed the pressure kick to secure a famous victory.