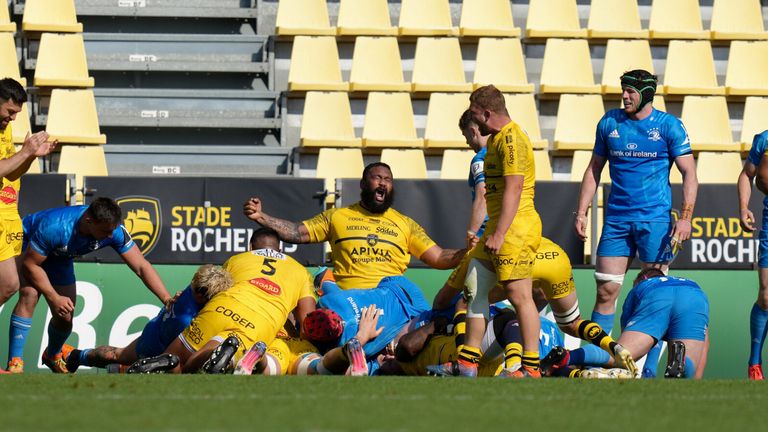 Leinster capitalised on a strong start when Tadhg Furlong forced his way over from close range for a try after eight minutes, with La Rochelle also having Wiaan Liebenberg sin-binned following a string of early penalties.

But although Ross Byrne kept the scoreboard ticking over with his boot, three penalties and a drop goal from fly-half Ihaia West ensured the home side trailed by just one point a half time.

West and Byrne kept exchanging penalties as the sides swapped leads after the break, but forward Alldritt and Skelton eventually broke Leinster’s resolve as the Irish side’s discipline went to pieces to seal a showdown with Toulouse at Twickenham on May 22.