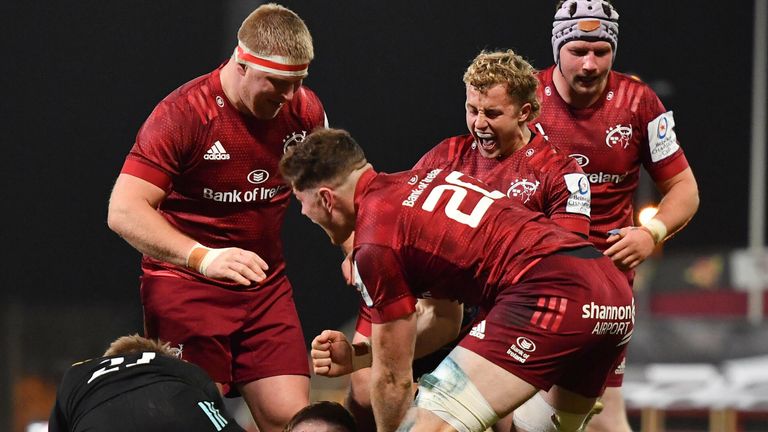 Munster made Harlequins pay for a lack of discipline as they ran out 21-7 winners in difficult conditions in their Heineken Champions Cup clash at Thomond Park.

Facing into a blustery wind, Munster took a 6-0 half-time lead thanks to two JJ Hanrahan penalties after 12 and 37 minutes.

Cadan Murley’s 55th-minute try cancelled out a Munster penalty try, but Quins captain Alex Dombrandt then saw yellow for their third sin-binning of the game.

And Champions Cup debutant Gavin Coombes duly drove over for a 69th-minute unconverted try – adding to a booming Ben Healy penalty – to seal a deserved victory for Munster.

Crucially though, the Irish province missed out on a bonus-point at home. With the tournament reduced to four pool rounds, and fellow Pool B sides Toulouse, Clermont, Lyon, Exeter and Racing 92 all picking up bonus-point victories over the weekend, Munster could regret not doing the same in their race to make the quarter-finals.

Buoyed by their recent Gallagher Premiership wins in Northampton and Gloucester, Quins laid down an early marker with a scrum penalty forced by the returning Joe Marler.

Despite the driving rain, the temperature increased on the pitch with a run-in between fly-halves Hanrahan and Marcus Smith. Hanrahan popped over a penalty soon after to punish a Marler indiscretion.

Quins were happy to see Hanrahan overcook a touch-finder from a 20th-minute penalty, prior to which Smith had done well to deny a diving Mike Haley in the right corner. 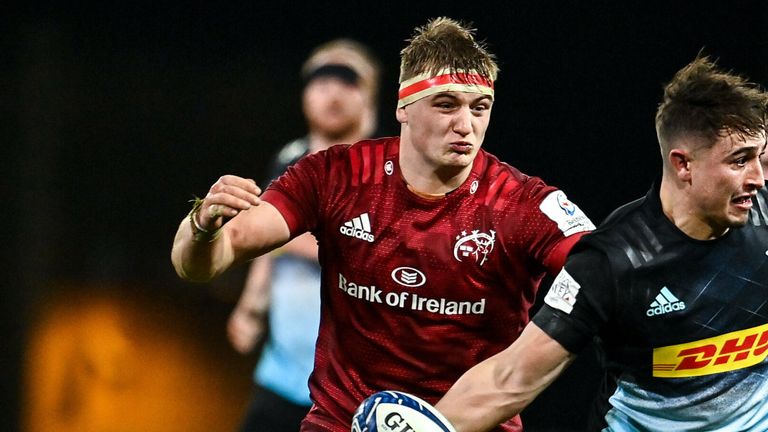 However, the 21-year-old Smith also missed two penalty attempts, the latter one from 47 metres sliding wide after the ball had initially fallen off the tee.

Then, a Dombrandt try from a Danny Care cross-field kick was disallowed for a forward pass by Murley, who had made an opportunist break during the build-up.

Hanrahan responded by doubling Munster’s lead before missing a third kick late on in the first half, with Quins flanker James Chisolm binned for coming in at the side following a brilliant Tadhg Beirne break.

Munster prop Stephen Archer saw yellow early in the second period, caught offside from a quick tap by Care. Yet the visitors lost crucial ground with a Damian de Allende rip in the tackle and a terrific kick downfield by star man Beirne.

With Care coughing up a penalty for a shoulder on Keith Earls, Munster’s opening try came from the resulting lineout as Quins flanker Will Evans collapsed the maul, prompting the double whammy of a yellow and a penalty try. 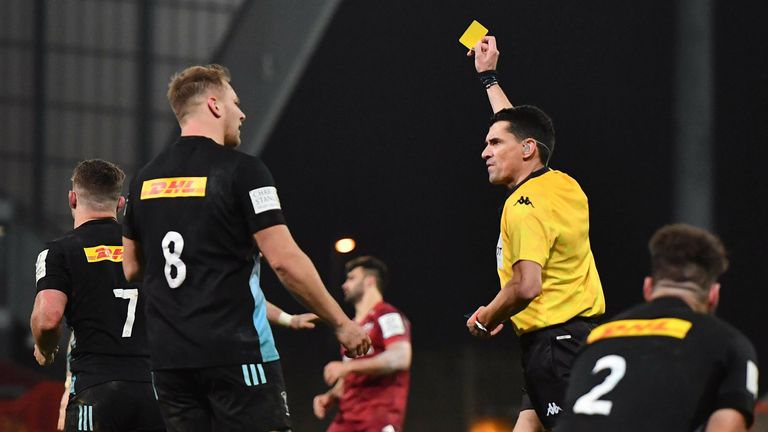 Paul Gustard’s men showed impressive resilience, though, as they began to create space for Nathan Earle. From a close-in ruck, Care flung the ball wide and Murley shrugged off Andrew Conway’s attempted tackle to raid over from the left corner flag. 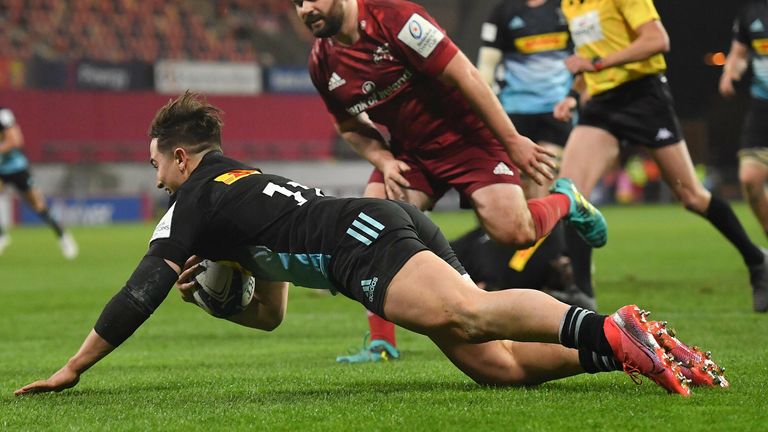 Smith supplied the extras to make it 13-7, only for Dombrandt’s shoulder charge on Healy, Hanrahan’s replacement, to complete a trio of back-row binnings for Quins.

Healy dusted himself off to nail the penalty from inside the Munster half and Coombes’ excellent leg drive, as he absorbed two tackles, allowed him to reach out for the line and clinch the result.