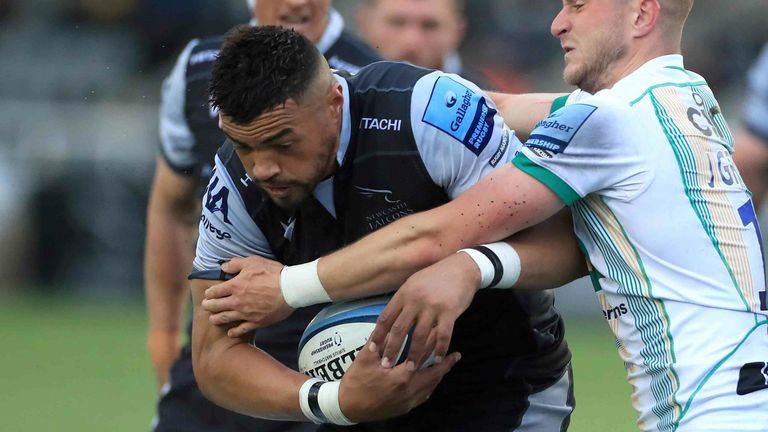 Second-half tries from Adam Radwan and Chidera Obonna earned Newcastle an 18-10 win over Northampton as fans were allowed into Kingston Park for the first time since March 2020.

The Falcons showed their attacking intent from the outset as they kicked for the corner from three penalties well within kicking range but were unable to take advantage with the Saints defence doing well to hold the ball up.

Northampton finally made it into the Newcastle 22 but their chances of going ahead were ended with a monster tackle from Matias Orlando on David Ribbans, dislodging the ball and forcing the knock-on.

Tommy Freeman put the Saints under all sorts of pressure when his pass landed at the ankles of George Furbank who could not gather cleanly, but Newcastle were unable to capitalise from the resulting scrum. Northampton edged ahead on 37 minutes as James Grayson slotted a penalty from seven metres into the Newcastle half after Luther Burrell was penalised for obstruction.

Brett Connon kicked a penalty from eight metres to level things up with the clock in the red after Saints were penalised again.

The Saints started the second half strongly and grabbed the game’s opening try with Paul Hill latching onto Grayson’s offload and finishing under the sticks. Grayson kicked the simple conversion.

The Falcons grabbed their first try of the game on 56 minutes with Radwan going over in the corner after a five-metre scrum. Chick was stopped close to the line and the ball was recycled for Radwan to claim his fourth of the season. Connon kicked the conversion from tight to the touch line. 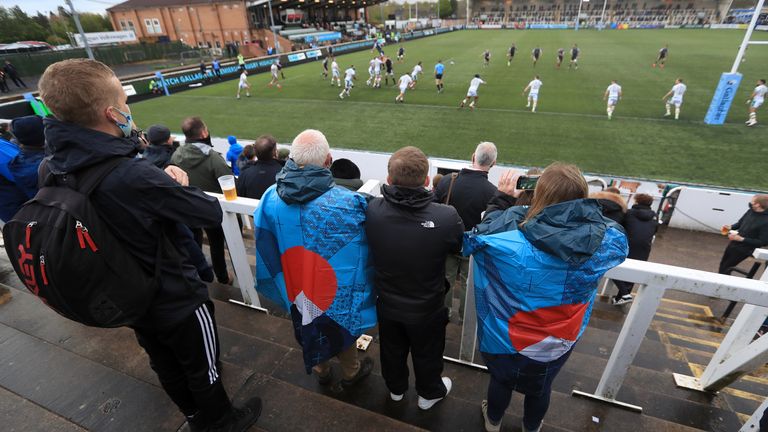 A game that was riddled with errors saw Grayson miss his kick to the corner after turning down a shot at the sticks which would have given the visitors the lead.

Newcastle took the lead with 62 minutes on the clock. The Falcons turned the ball over from a Northampton scrum and, with the ball flung wide, it was replacement Obonna who raced in from 20 metres. Connon pushed the conversion across the face of the posts.

Grayson had the chance to reduce the deficit on 70 minutes but his penalty for offside sailed wide of the posts from 35 metres.

Connon had the opportunity to make it a two-score game with a penalty in the final five minutes but his effort fell just short of the posts.

However, moments later he was able to add three points after Saints held on 10 metres out in front of the posts, sealing a second successive win for the Falcons.