NIK SIMON’S GAIN LINE: 99-cap Owen Farrell is left in Lions limbo by dithering board, while Sale are struggling to make the count

Owen Farrell has been left in a 100-cap limbo by the dithering Lions board.

Despite more than three months passing by, the board members have still not decided whether this summer’s opening game against Japan at Murrayfield will be recognised as a capped international.

It means Farrell, who featured off the bench, is stuck on 99 caps, but could be bumped up to a Test centurion without any great fanfare. 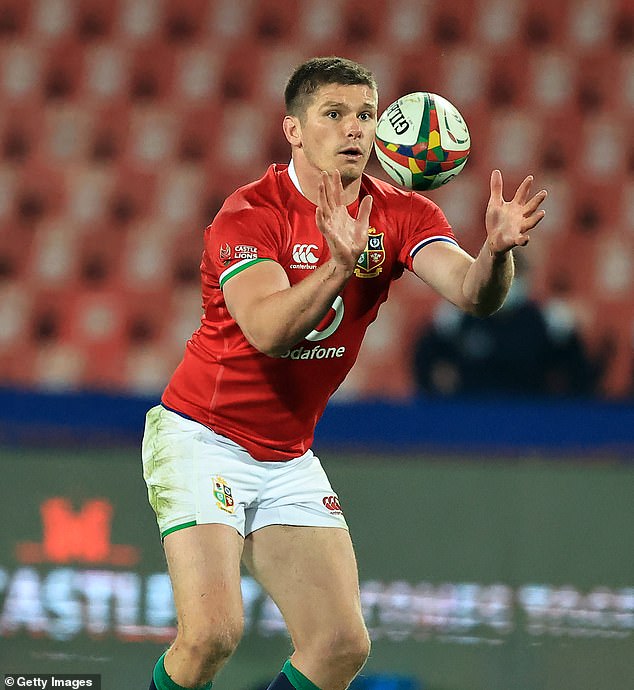 In 2005, the Lions’ warm-up game against Argentina was recorded as a capped fixture. They are now wary of belittling Japan if the fixture, which the Lions won 28-10, is not deemed worthy of a cap.

The Lions refused to comment, but a sub-committee is expected to discuss the matter in the coming weeks.

Premiership bosses are split over the future of matchday programmes — with seven of the 13 clubs having ditched traditional print production.

They can cost about £4,000 for 2,000 copies. The clubs have switched to digital-only programmes to avoid breaching PRL regulations.

Sale struggling to make the count

Sale boss Alex Sanderson is having sleepless nights over plans to clamp down on the use of foreign players.

The RFU wants to make it mandatory for clubs to have at least 15 EQPs – England-qualified players – in match-day squads by August 2024. Sanderson has 12 overseas players in his 35-man squad. 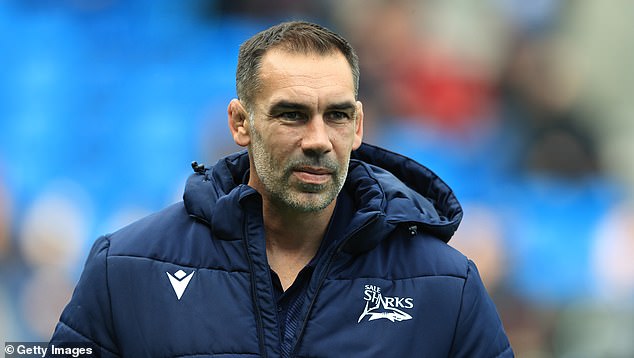 ‘I’m having meetings about succession planning and it’s something I’m struggling with. it’s worth three quarters of a million to average 15 EQPs. That’s a lot of money.

‘I’ve spoken to the owners and I’m not prepared to jeopardise the performance of the team just to make EQP qualification. It’s a hangover from the recruitment process prior to me joining.’

Census Johnston and Tusi Pisi are being lined up to coach a Samoa XV against the Barbarians next month.

The fixture has been in doubt after the South Sea islanders – including coach Seilala Mapusua – pulled out of the entire autumn tour due to Covid-19 travel restrictions.

They are now working round the clock to form a ‘Samoa Select’ side, with a possible third coach added to their roster.

Dylan Hartley has been making guest appearances at Northampton Saints — and not just in the club’s hospitality suites.

The former England captain, who retired in 2019, has been offering specialist advice at Franklin’s Gardens.

Scrum-half Alex Mitchell said: ‘He’s been around a few times, offering his two cents. He works a lot with the hookers and the forwards, rather than team stuff.

Bath have failed in their bid to sign Wales No 9 Rhys Webb as immediate cover for their scrum-half, Ben Spencer, who suffered a hamstring injury a month ago. Webb is staying with the Ospreys.