Rugby Australia (RA) will not be following their English counterparts by banning tackling above the waist – a move Wallabies legend Drew Mitchell labelled ‘a little bit dramatic’.

The Rugby Football Union (RFU), which governs rugby union in England, recently announced the most drastic change to the game in recent memory.

From July 1, amateur players of all ages must tackle an opposition player at the waist or below in an attempt to reduce the number of serious head injuries. 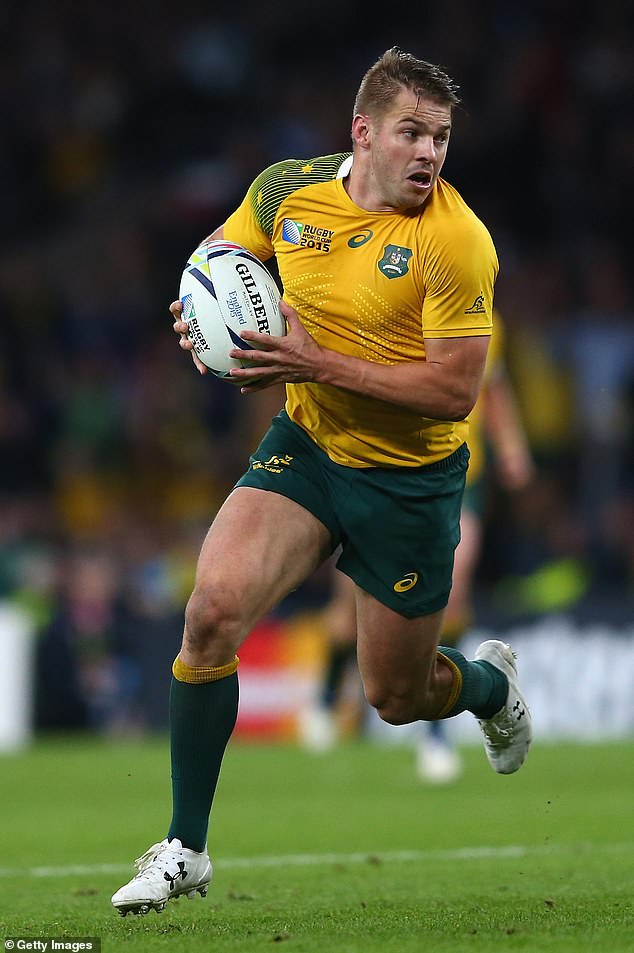 Wallabies legend Drew Mitchell has applauded Rugby Australia for not following the lead of their England counterparts, who have recently banned tackles over the waist

‘We are naturally the beneficiary of a huge amount of research undertaken by World Rugby and we work with them and other national unions on maximising player welfare at all levels,’ an RA spokesperson told the Sydney Morning Herald.

‘Our key focus for 2023 remains on correct tackle technique – which is critical to player safety – and we will continue to drive this priority with all coaches in 2023.

‘Specific discussion about implementing this measure [waist and below tackles] have not taken place,’ the spokesperson said. 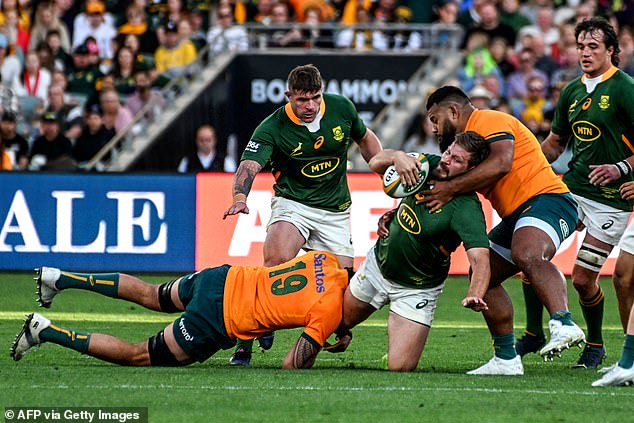 Taniela Tupou looks to stop Springbok Francois Steyn with an arm around his chest and neck area. A tackle like this would be banned in amateur English rugby

It was a decision applauded by Wallabies legend Drew Mitchell, who is currently one of the most respected commentary figures in the game.

The 71-Test veteran said while he realised head injuries and concussion are an understandable focus for the game, something like this drastic ‘waist and lower tackle’ decision was almost like robbing Peter to pay Paul.

Mitchell pointed out, as other union legends have, that forcing people to tackle lower also puts heads in more vulnerable positions. 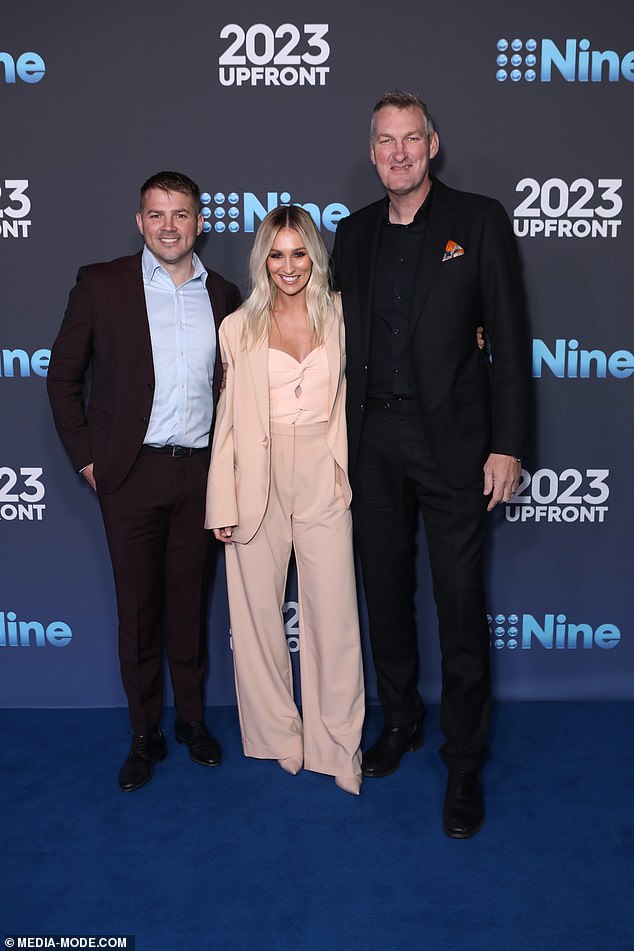 ‘I think it’s a little bit dramatic. A few years ago the nipple height was introduced and quickly thrown out. I get what they’re trying to do … but I think this one is wide of the mark and going too far,’ the scathing retort of Mitchell came to the Herald.

‘I would implore Rugby Australia to sit and watch from afar.

‘There’s got to be flow-on effects, too. If you can’t tackle anyone above the waist and every single attacking player has hands free during every single run … whilst trying to eliminate one thing, we open up something else,’ said Mitchell. 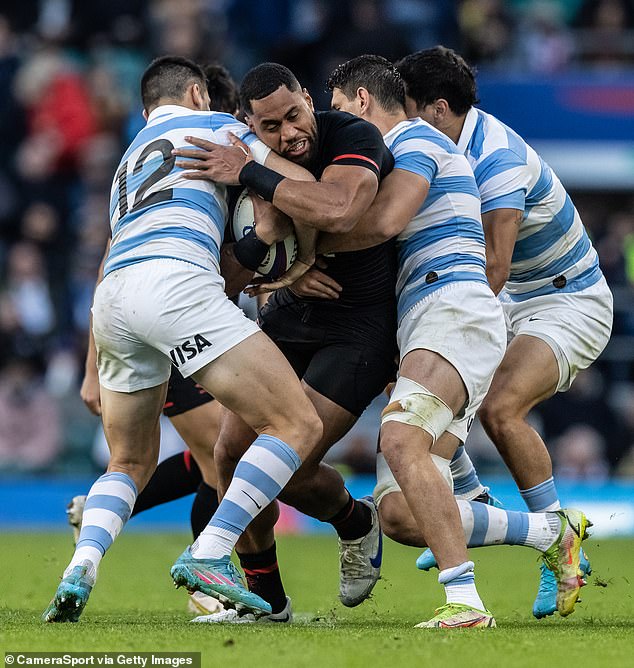 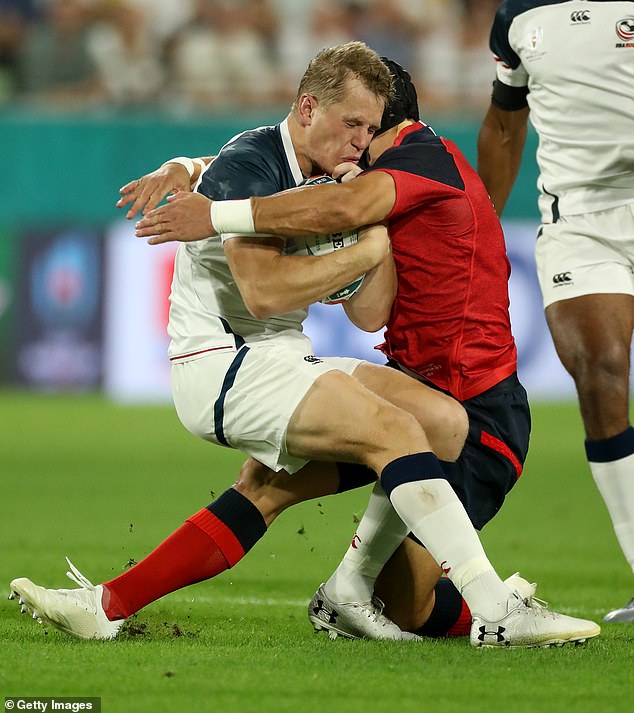 USA star Will Hooley is poleaxed with a head-high shot at the Rugby World Cup in 2019. The RFU’s new directive is aimed at preventing head injuries from tackles like this

England legend Andy Farrell, one of the toughest to ever play the game, agreed.

At the launch of the Six Nations, which begins on February 5, the current Ireland coach said the new law could introduce a ‘serious problem’.

‘I think it’s super important that what has to come with [the new laws] is the correct coaching, the correct technique,’ Farrell told reporters.

‘If you are ever just saying to a kid that ‘you need to tackle lower’, then you become even more vulnerable. If you’re just sitting there with your arms in front, trying to wrap, with your head down etc you’re a sitting duck. It’s an accident waiting to happen.’ 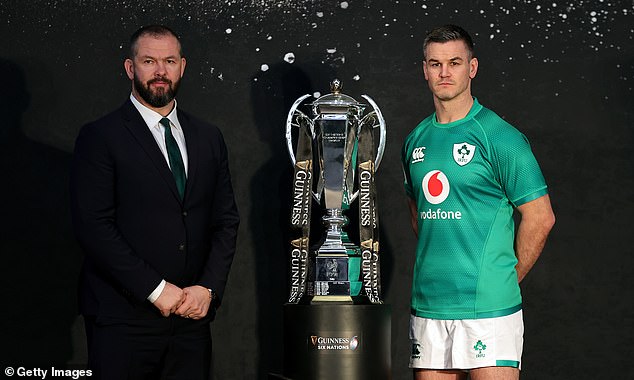 The 109-Test, 91kg Leinster superstar has suffered several concussions in his long career, but he doesn’t believe tackling from the waist and below only is the answer.

‘I don’t agree with it.There’s no point sitting on the fence really, is there? I just think you have tall people who play the game. It should be their decision to how they tackle,’ Sexton said at the launch.

‘Of course we need to get the head shots out of the game, but the tackles we really need to take out are the reckless, out of control, sprinting out of the line, tucking arms, all of those types of ones.

‘Hitting someone at chest level should be an option. It’s not like you can’t get concussed by chopping someone’s knees.

‘I’ve seen a hell of a lot of concussions from people getting their head on the wrong side, a knee to the temple or a hip even to the side of the head. So, I strongly disagree,’ said Sexton. 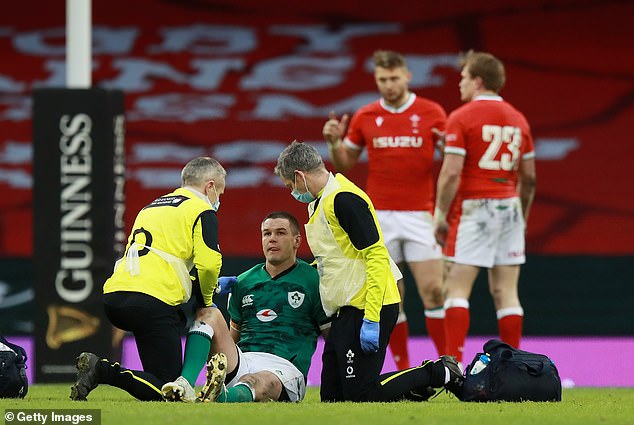 Irish fly-half Johnny Sexton, pictured receiving attention after a huge hit against Wales in 2021, is also firmly against the idea of lowering tackles

It would appear many, even in the northern hemisphere, have the exact same opinion as Rugby Australia, who have not even contemplated the ‘waist and below’ rule yet.

But former hooker Brian Moore, who packed down for England in 64 Tests, implored the current generation of players to give it a go, given the plight of those suffering concussions.

‘How about we stop portending disasters and try to make this work? It will require time, patience and probably revisions before it works as it has been shown it can,’ he wrote in the London Telegraph.

To players, I say it is your health and your careers that are at stake. For your own and your colleagues’ sake, buy into this.’

He, and the RFU, face an uphill battle to make them do so.