‘It can be hard to deal with all the talk about me… but I know why I’ve been picked’: Brad Shields, the Kiwi who switched allegiance to England, is now set to face All Blacks at Twickenham

Somewhere in a cold dark basement in New Zealand, there is a life-sized cardboard cut-out of Brad Shields covered in stale beer and permanent marker pen.

It has been stored away as a souvenir from his stag-do which, rather inconveniently, was organised for the same day that he made his England debut in South Africa.

‘My mates blame Eddie that I wasn’t at my own stag-do!’ chuckles Shields in his Kiwi twang. 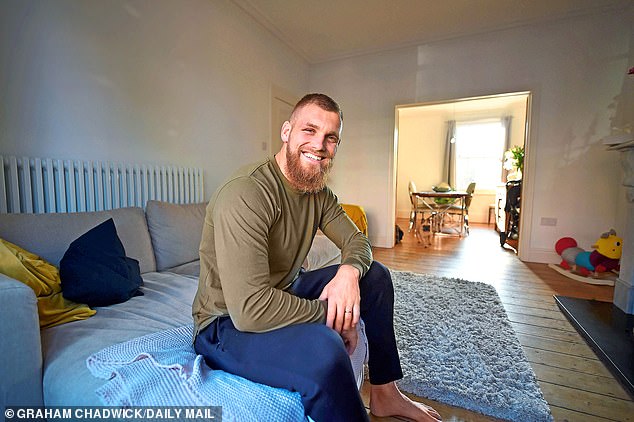 In the space of 12 months, Shields married his partner Louise and had a daughter, Charley

‘I didn’t expect to be considered for the June tour so they planned a weekend up in Auckland, but then it all happened.

‘Next thing I know, I’m off to South Africa but my mates didn’t want to cancel the trip. They went ahead without me and took along this cardboard cut-out instead. They chucked all sorts on it!’

Shields was toasted from afar as he lined up in the unfamiliar white jersey against the Springboks.

‘Our game was at 4am NZ time and the guys had been drinking all day,’ he adds. ‘At full-time, I checked my phone and I’d been sent a Snapchat of them watching the match: one guy was awake but the rest were in some sort of coma! It looked like they had a pretty good time without me!’

In the space of 12 months, Shields married his partner Louise and had a daughter, Charley. Life has moved quickly. He has switched clubs, switched countries and moved 11,000 miles across the world.

In Leamington Spa, his new living room is full of three-pin plug adapters. The final shipment of belongings — including a grandmother’s rocking chair — has been delayed but it is starting to feel like home. An adopted French bulldog, Annie, is the newest addition to the family 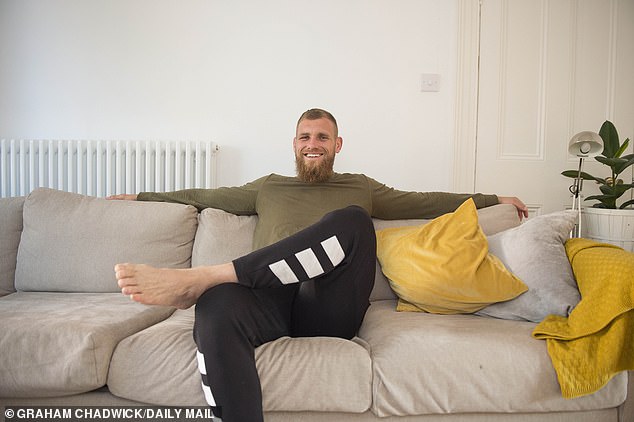 He has switched clubs, switched countries and moved 11,000 miles across the world

‘We left our old dog with Lou’s parents in Nelson,’ says Shields. ‘It all still feels quite surreal. It’s felt a bit like a holiday. We need to get a few pictures up on the wall but it’s gradually starting to sink in that this will be home for a wee while.’

This autumn, while his family get to grips with their new surroundings, Shields is in line to make his first England appearance at Twickenham. He gave up a potential All Blacks career and pledged his allegiance to England — qualifying through his parents who have relocated to Berkshire.

Eddie Jones is desperately looking for World Cup certs and Shields, 27, will compete with Cumbria-born Mark Wilson and South Africa-born Michael Rhodes for England’s No 6 jersey.

Wilson has been the league’s standout performer but Shields arrives as the mystery package — having played just three games for Wasps after breaking his jaw on his debut last month.

‘A broken face wasn’t the perfect start,’ he says. ‘My cheekbone cracked and moved along a bit, so they basically had to pull it back into place and screw it. They put a plate on my eyebrow and another one in my cheekbone through the inside of my mouth. Two titanium plates and a couple of screws. It’s fine now and I’m good to go. I’m not Wolverine just yet.’

Shields’s switch in allegiance has split opinion in the rugby world. Strong views have been aired. World Rugby chief Gus Pichot questioned the integrity of international rugby and Shields’s parents spoke out in the press to defend their son. Their message: Don’t blame our Brad. 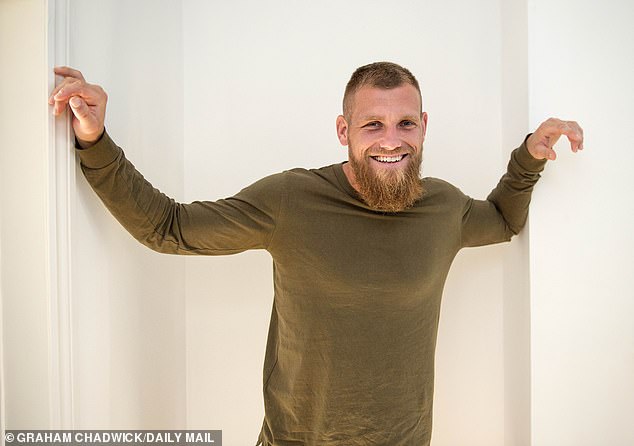 ‘It’s funny where your path takes you. I had this option and I’m pretty lucky that Eddie’s given me an opportunity to take my skill to the next level. There will always be people who disagree. I came over to push my case for international rugby so I guess that’s been justified. Now I need to keep putting my hand up.’

English audiences have seen little of the dynamic, ultra-fit flanker who captained the Hurricanes to a famous draw with the British and Irish Lions last summer. He played a key attacking role in last week’s draw with Bath and Wasps colleagues claim he has been a standard bearer around his new club. So does he feel the need to prove himself all over again?

‘You’ve always got to keep proving yourself,’ he replies. ‘But you know how you got to this point.’

All eyes will be on the flanker when he runs out at Twickenham. Fans will want to see what all the hype is about and a Test against the All Blacks could be the perfect opportunity. 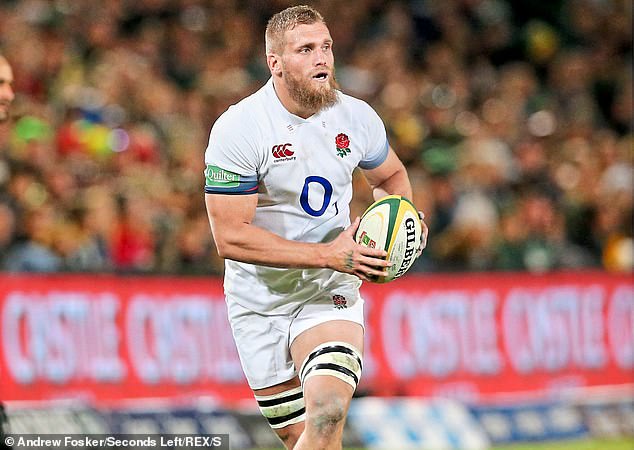 ‘They’re obviously a quality side but, mate, any team is beatable,’ he says.

For Shields, old friends will temporarily turn into enemies. He has played alongside the likes of Beauden Barrett and Dane Coles throughout his career — even staying in their houses as he waited for his English visa to arrive — but now they sit on the opposite side of the fence.

‘I left a trail of England shirts around,’ chuckles Shields. ‘There was one in Beaudy’s drawer and another in Coley’s. I’m not sure if they’ve worn them in training, hopefully they’ve not burned them!’ 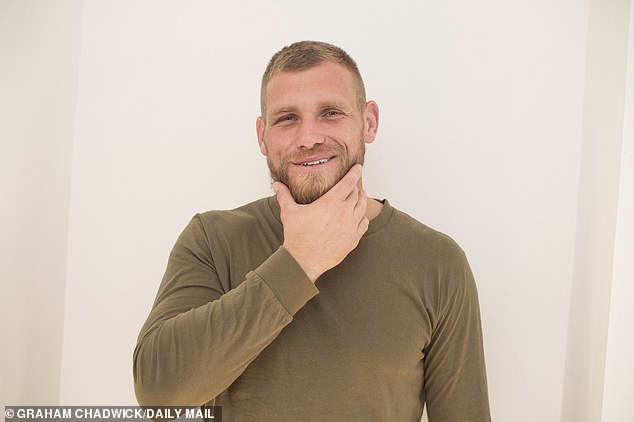 And what about now facing the haka?

‘I’m not a Kiwi now so — quotations marks: “just a joke” — before that one gets back to New Zealand!’ he laughs.

‘I know the purpose of the haka so I guess I’d appreciate it a bit more,’ he says.

‘I’ve not made the team yet but it would certainly get my adrenaline pumping. Once it’s done, it’s time to rip in.’