‘It was so special’: England prop Kyle Sinckler recalls ‘surreal’ experience of Eddie Jones inspiring them to beat New Zealand in the semi-final of the 2019 World Cup in Japan by cutting up kiwi fruit with a SAMURAI sword

Kyle Sinckler has revealed how a Samurai sword-wielding Eddie Jones inspired England’s weary players to their epic win over the All Blacks at the last World Cup.

The national coach explained in a book that he used a sword bought from an antique shop in Tokyo to chop up a tray of kiwi fruit in front of his Red Rose squad, to symbolise how he wanted them to hit New Zealand with extreme aggression in the 2019 semi-final. The ploy worked as England cut down their vaunted opponents with a defensive onslaught, after slicing through them with an early try to set up an historic 19-7 triumph which went straight into English rugby folklore.

As one of those in the current squad was on duty for that momentous occasion in Yokohama, Bristol prop Sinckler has recalled how a meeting the previous weekend transformed the mood to one of near-certainty that they would prevail against the holders and tournament favourites. It was a master-piece of motivational theatre from Jones. 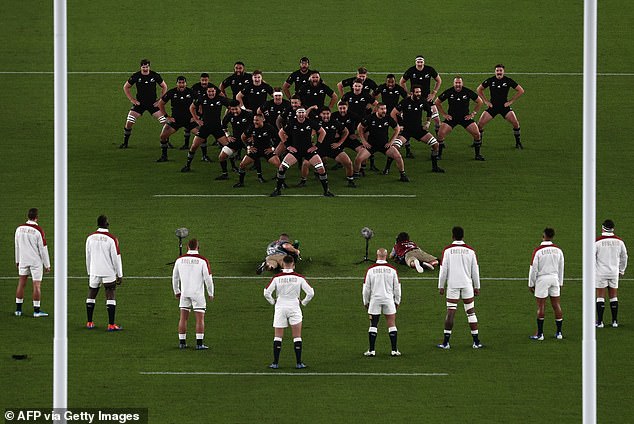 ‘We beat Australia in the quarter-final in Oita, then we had a team meeting on the Sunday which is very strange,’ said Sinckler. ‘Normally, Sunday is a day off, recovery – you never really see Eddie. He called a players meeting at nine in the morning. Everyone was like “Jesus, what’s happened here? Has anyone done anything?!”.

‘I’ll never forget that meeting. Eddie set out our game-plan – putting pressure on them, going at them, walking towards the danger. The message was that’s one of the things they pride themselves on but we’re going to go for them. Usually on a Sunday, you wake up going “Oh my God, how am I going to do this again?”. But after that meeting I felt, “We’ve got this”. It was so special.

‘It was a surreal experience, as we had no doubt after that meeting we were going to win and it was the only game in my rugby career where everything went to plan. Literally, everything Eddie said would happen, happened. 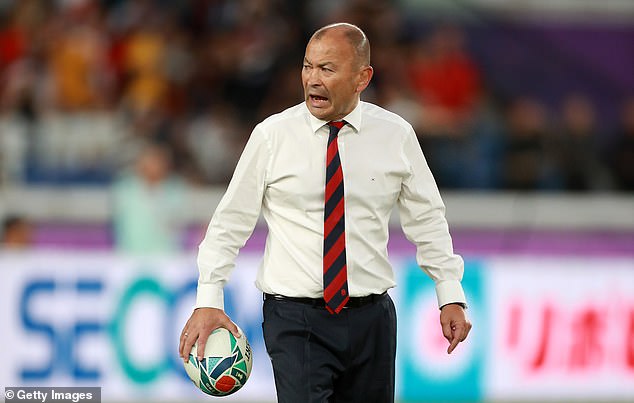 ‘We were so dominant. All the momentum was with us, the game-plan was on point, they did exactly what we anticipated them to do, so it was a special day for English rugby, but for rugby as a whole. It was one of the best games ever.’

Before kick-off against the All Blacks, England set the tone for what followed by standing in a ‘V’ formation to face the Haka, with captain Owen Farrell staring down the opposition from the tip of the V and Joe Marler crossing the halfway line to eye-ball the Kiwis. It was a statement of intent and, crucially, England delivered on it.

When asked what it meant, Sinckler – who is set to face the Haka again at Twickenham on Saturday, joked: ‘You better play well! When you’re confident, you want to do those sorts of things and show the opposition you don’t want to back down, but it’s easy to do that and not back it up with action on the field. How many times have we seen teams walk towards the Haka and New Zealand put 50 points on them? We felt if we were going to do that, we needed to back it up. 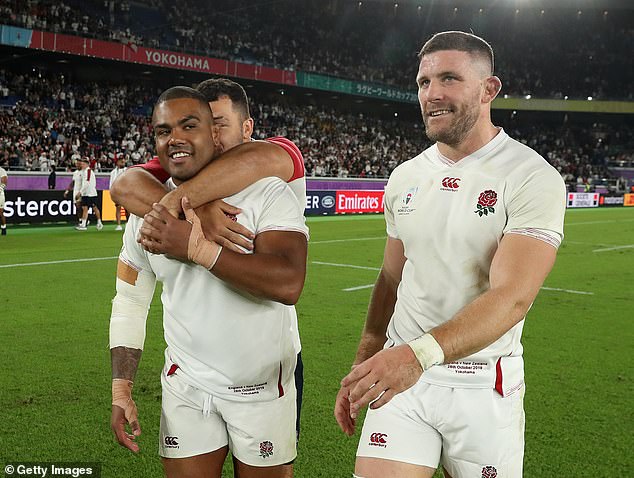 ‘For me, the Haka is a part of rugby. I don’t see it as intimidating, I see it as an honour to be involved in such an occasion, playing for my country. I especially feel like that after the last six months I’ve had with my injury. To be out there, pain-free, playing again and getting back to where I know I can get to, I’ve just got ultimate gratitude for that.’

Sinckler missed the summer tour of Australia as he battled to overcome serious back trouble which he feared might jeopardise his career, at the age of 29. Asked if he feared that he would never be involved in these grand occasions again, the tighthead said: ‘Being honest, yeah, because I had chronic, chronic pain.

‘At times, I would think, “Am I ever going to play again?”. I was in so much pain. I couldn’t sit down. I couldn’t put my shoes and my socks on. I was literally bed-bound for three or four months.’

When he did eventually recover and return to action for Bristol, the next battle was to regain vintage form and until relatively recently, he was struggling to do that. ‘We were at Newcastle away a few weeks ago and everyone was saying it was the worst game of my career,’ he said. ‘Jesus. But those are the days that make you; Friday nights away at Kingston Park!’ 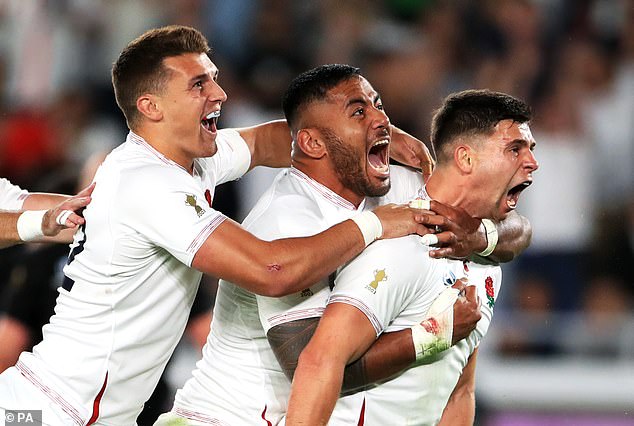 It is more than eight years since Sinckler’s first involvement with England, on a tour of New Zealand. He was called up after a handful of appearances for Harlequins and felt that the experience actually set him back in his development. He thought he had well and truly arrived, and it took a while to grasp that the hard graft had to go on and on.

Since then, he has taken on the All Blacks several times, with England and the Lions, and has been struck by the ferocity of their game, which is not always widely recognised. ‘It’s easy to see the end product, but as a student of the game which I am, you see the way everything functions,’ said Sinckler. ‘That was one of the biggest eye-openers for me, when I first played New Zealand. “Jesus, these guys are really physical”.

‘They have so many X-Factor players out wide but, when you break the game down, you see Brodie Retallick making great carries, great tips, taking the ball flat, Savea doing the same, Codie Taylor doing the same. The props coming through, Tyler Lomax and Ethan de Groot, have really shored up their scrum and are doing well.

‘Those guys out wide don’t get the ball in space if the others aren’t doing their job. Dalton Papali’i – how good was he against Wales? They’ve got a great squad and have been the standard-setters in rugby for however long.’

New Zealand certainly have been the standard-bearers, for most of the professional era. But England know from their last encounter that they are beatable and – whether he uses a sword to reinforce the point or not – Jones will hope to inspire them to carve up the Kiwis again this weekend. 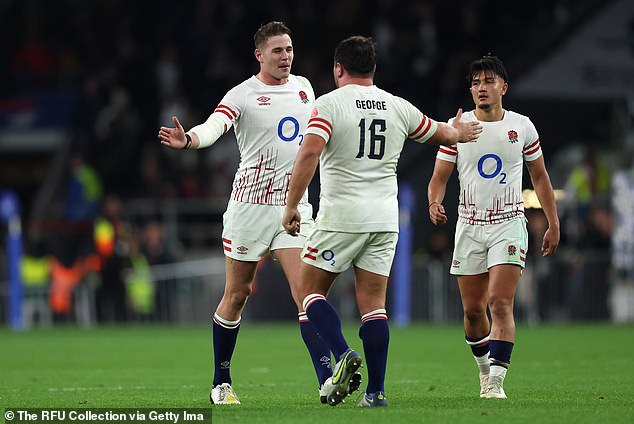 After beating Japan convincingly on Saturday, England now have New Zealand in their sights again