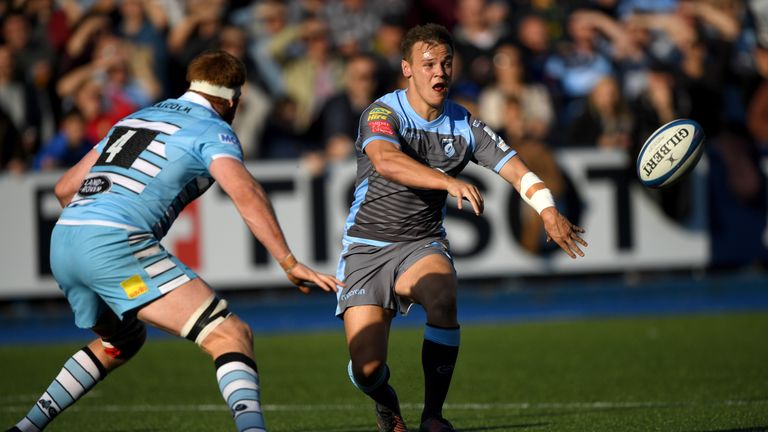 Uncapped Cardiff Blues fly-half Jarrod Evans has been called into Wales’ squad for the autumn internationals.

The 22-year-old was already training with the team and is now available for matches against Scotland, Australia, Tonga and South Africa next month, the Welsh Rugby Union announced.

Ospreys lock Bradley Davies, who has won 64 caps, is out of those matches due to a knee injury and will undergo further tests.

Wales will be without English-based players Dan Biggar, Saracens back Liam Williams and Worcester wing Josh Adams for the match against Scotland on November 3 as it falls outside World Rugby’s autumn Test window.