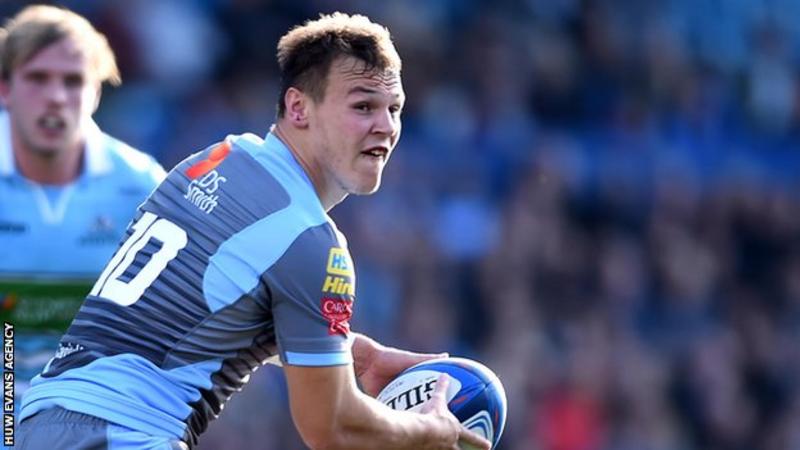 Wales have called uncapped fly-half Jarrod Evans into the squad for their autumn Tests while lock Bradley Davies has been released with a knee injury.

Cardiff Blues’ Evans, 22 – who has previously trained with the squad – is included as there are still concerns over concussion to Rhys Patchell.

Patchell has suffered two head knocks for Scarlets this season.

Patchell is a doubt and Dan Biggar unlikely to be released by Northampton to face Scotland on 3 November because it falls outside the agreed Tests window.

That gives Evans the chance to be at least understudy for his Blues colleague and rival Gareth Anscombe.

Ospreys lock Davies’ setback is another blow to the squad, although Wales can call on captain Alun Wyn Jones, Cory Hill, Jake Ball and Adam Beard in that position

A Wales statement said: “Bradley Davies has been released from the squad to optimise management of a knee pathology. Further investigations and assessments will establish Brad’s prognosis.”

Wales are third in World Rugby’s rankings and face only teams below them in November.