Real Madrid could be set for a summer clear-out after Zinedine Zidane stepped down from his role as head coach. The French coach announced his departure less than a week after the LaLiga giants lost their grip on the domestic title on the final day to rivals Atletico Madrid.

Zidane guided Real to three consecutive Champions League triumphs between 2016 and 2018, as well as winning LaLiga in the coronavirus affected campaign last year.

But the 48-year-old had hinted he would consider an exit from the Santiago Bernabeu with his side finishing the season without a trophy after their Champions League semi-final exit to Chelsea.

Antonio Conte and Mauricio Pochettino have been mentioned as potential successors to Zidane, while Massimiliano Allegri was in the frame before he reportedly agreed to return to Juventus.

While the identity of Real’s next coach is yet to be confirmed, there is likely to be an exodus from the club with several players linked with moves away from the Spanish capital. 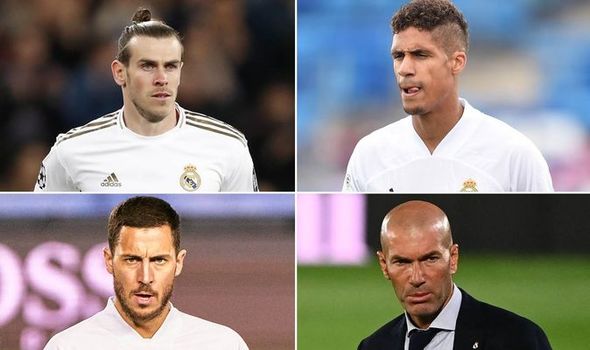 After arriving in Spain as a teenager from Lens in 2011, Varane has been a marvellous servant for Real Madrid.

But speculation persists that the 29-year-old could have played his game for Los Blancos and Manchester United are monitoring the situation with a view to a permanent move.

Ole Gunnar Solskjaer has made no secret of his desire to sign a top centre-back to partner Harry Maguire in defence and their Europa League final defeat to Villarreal only highlighted the need to strengthen at the back.

Varane has only a year left to run on his contract and if he is keen to take on a new challenge in the Premier League, the LaLiga giants may decide to cash in while they can.

The 35-year-old has been left in limbo as the club mull over whether to offer the veteran a new contract.

Ramos has spent the majority of his career in the capital, making a switch from Sevilla in 2005.

But there is change afoot at the club and with Ramos’ season disrupted by injury, it may be time for Real to look to the future.

The centre-back was left out of Spain’s Euro 2020 squad which will allow him to pick his next move carefully, with reported interest from China, the Middle East and MLS clubs. 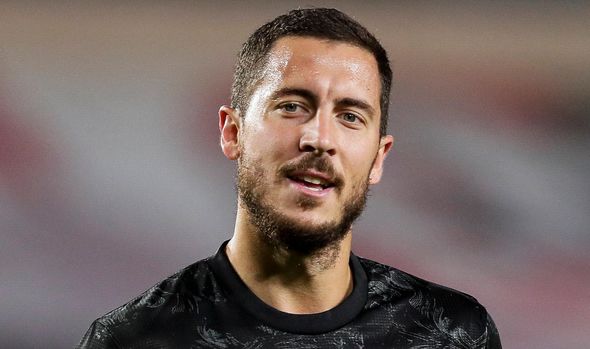 Hazard thought he was realising his childhood dream when he sealed a move to Madrid two years ago. Alas, his spell in Spain is quickly turning into a nightmare.

A series of injuries and a lack of fitness have contributed to the Belgian missing nearly half of Madrid’s matches since his £130m move from Chelsea.

Just six goals have followed in his time at the club and having been subject to heavy criticism from the Spanish media, it is believed Florentino Perez will listen to offers for the 30-year-old.

Hazard is thought to favour a return to Stamford Bridge but, like Bale, he will surely have to take a pay cut in order to bring an end his nightmare stint in LaLiga. 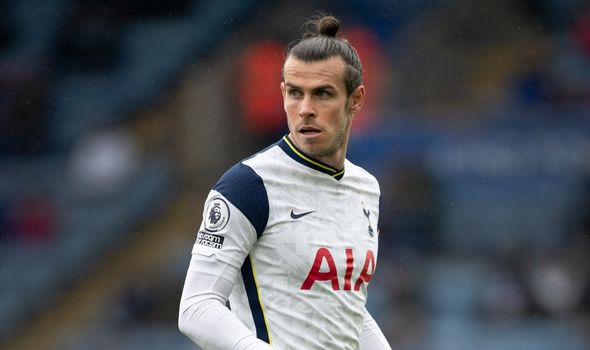 Eight years on from his £85m switch, Bale remains the club’s record signing. Yet it remains a possibility that the Welshman could leave for nothing this summer.

It is believed Real may decide to terminate his deal in order to cut costs, with Spain’s top clubs losing millions due to the impact of the coronavirus pandemic.

That could be good news for Tottenham if they are keen on re-signing Bale, who has struck 16 goals in all competitions since joining on loan.

The forward also nearly joined Jiangsu Suning 18 months ago and that suggests China could be a possible destination. But the 31-year-old’s reported wage demands may have to be lowered if he is to find a new club, as the winger is thought to earn in the region of £600,000-a-week.

Once regarded as a key part of the playing squad at Real Madrid, Isco has fallen out of favour under Zidane and could depart this summer.

The playmaker, 29, has started in only eight of his 25 appearances in LaLiga this season despite crippling injury problems at the club.

For the first time since moving to he capital from Malaga in 2013, Isco has been left out of a Spain squad for a major tournament as Luis Enrique snubbed the entire Madrid squad.

The Sun report the midfielder is wanted by Arsenal, AC Milan and Juventus and with only a year left on his contract, he could be a bargain signing if his £20m asking price is met.

With interest from England and Italy, Lucas Vazquez can take his pick between interested parties after running down his contract.

The 28-year-old was favoured by Zidane for his versatility and most recently was deployed as a right-back, making 24 appearances in the league this season.

But few can blame Vazquez for wanting more game time in his favoured role, with AC Milan, Napoli and Chelsea all thought to be tracking the winger.

While Real will receive nothing from his sale as Vazquez can leave as a free agent, Eder Militao could be used as back-up to the injured Dani Carvajal, meaning they do not need to sign a replacement.

The writing was on the wall for the long-serving Brazilian when Zidane opted to sign Ferland Mendy from Lyon in 2019.

Since then, Marcelo has featured on an intermittent basis for Los Blancos making only 16 starts under Zidane in 2020/21.

It remains possible his successor would value the 33-year-old’s contributions to the squad as vice-captain.

But having seen a proposed move to Juventus fall through last year, Marcelo has been tipped to return to his native land when his contract expires next summer.

Madrid appeared to have pulled off a fine signing when they captured Luka Jovic from Eintracht Frankfurt for £53m two years ago.

But the Serbian has proved to be another expensive failure with only two goals in 32 appearances and returned to the Bundesliga outfit on loan this season.

The 25-year-old has rediscovered his goalscoring touch in Germany and that could improve Real’s chances of recuperating a chunk of the fee they paid for him.

A report from AS claims the two clubs could yet agree a swap deal which would see Jovic return on a permanent deal, with Andre Silva heading for Madrid.