Home » Soccer » A day of shared grief and mourning at Leicester 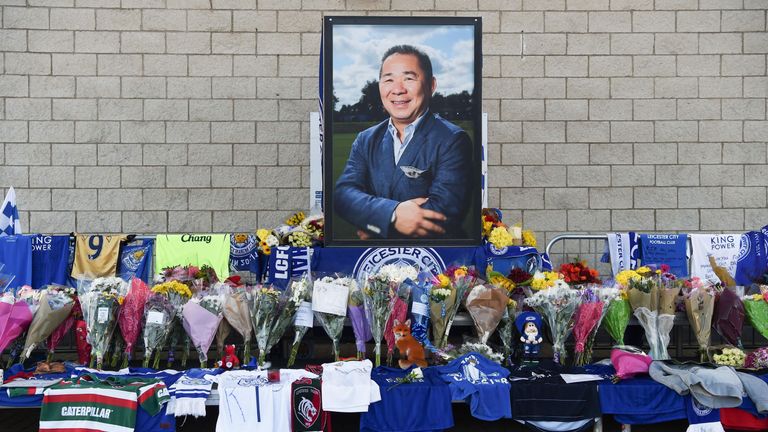 Sky Sports News reporter Rob Dorsett was at the King Power Stadium on Monday to witness the outpouring of grief, not just from Leicester’s fans but from the wider community…

Fans from clubs, not just in this country but from around the world sharing in the grief, and they’re there at all hours. I left at 8pm and it was still busy.

People from all communities as well. We know how multi-cultural Leicester is and people from all cultures and religions were there, saying how this man had united the city and united cultures in a way no other chairman had done before.

It surprised me how many people kept coming. Yesterday was Sunday so most people were off work, but today was a work day and yet it was constant, a constant stream of people. To the point that the shrine of flowers has tripled in size, it almost runs down the whole side of the stadium now. And you have to remember this is for an owner, not a star striker or a manager. 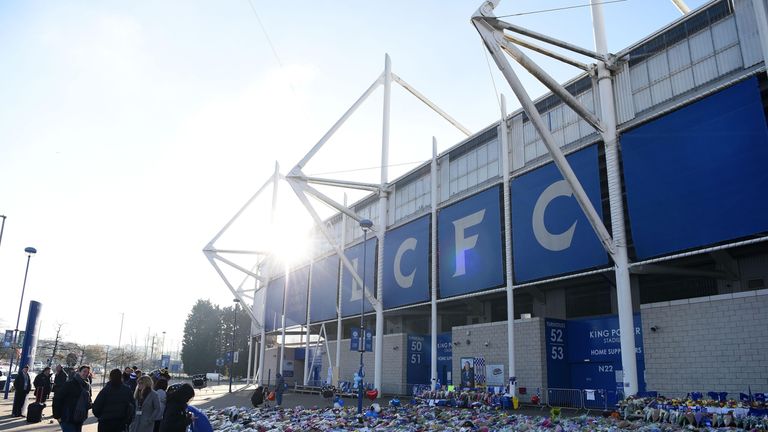 As I was leaving tonight the University Gospel Choir came down impromptu in their full regalia and started singing. Most of them aren’t football fans, they just felt the need to share.

The stadium is a mile and a half from the golden mile, which is home to a large Asian population – Pakistani, Indian, Bangladeshi. On Sunday the fireworks were going off for the Diwali celebrations, it created a surreal atmosphere at the stadium, the fireworks going off in the background while people were laying wreaths. A lot of people who came had finished their Diwali celebrations and come straight to the stadium to pay their respects, so amid the celebration, there was mourning.

People stayed for a long time. They didn’t put down flowers and leave, they stayed for typically 20 or 30 minutes. Most standing in silence, it was just a quiet, solemn hush. People taking their own, personal time. 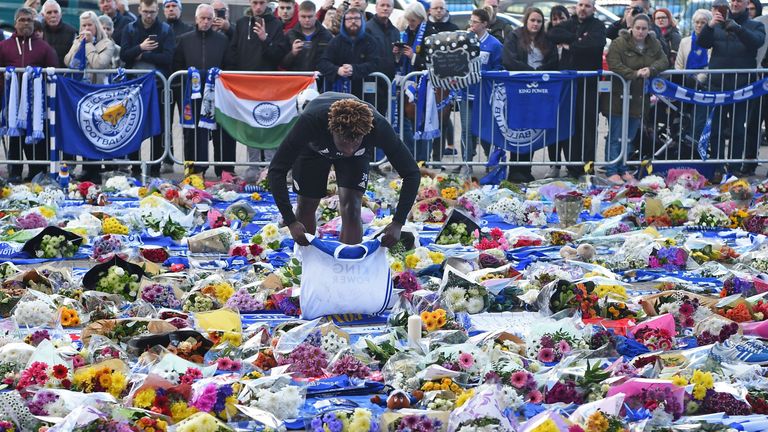 I think that’s what took me by surprise. We’ve seen famous footballers die and we’ve seen tributes at stadiums but people tend to talk about their great goals or what they’d done on the pitch, but this was different, this was a real grief and expressed very differently.

As for the players, they all showed up for training as normal today but training didn’t happen. Claude Puel talked to them but it was very much left to them what they wanted to do. And they just felt like talking. Clusters of players went for walks around the training grounds, just talking, they never even put their boots on.

It was very emotional by all accounts, instead of staying in a big group, it was little pockets of players talking quietly, a lot of tears. It was the first time the team had been back together since Saturday.

They were told there would be a ceremony on the pitch with Aiyawatt and his mother putting a wreath down and they were asked if they wanted to be part of it and they absolutely did and so did every single member of Leicester City staff.

You thought the players might leave it there but it was their choice to come outside and look at the tributes as a squad alongside Aiyawatt. 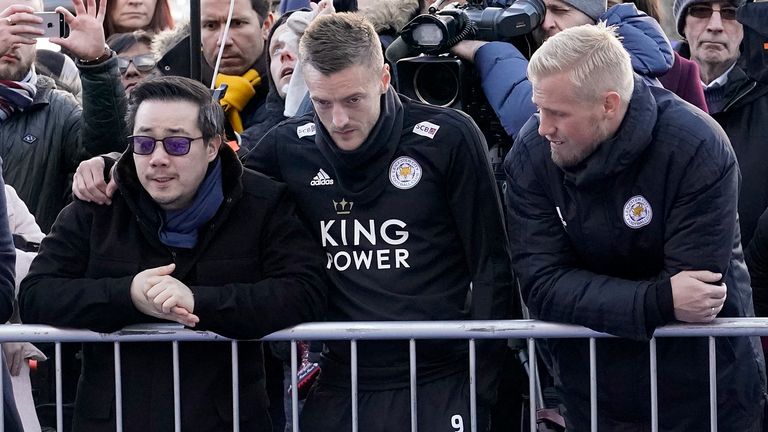 They spent a long time just standing there, many of them in tears. Then this spontaneous applause broke out that the players joined in with. If anything the applause made it quieter, it was eerie, it seemed as if the traffic even stopped.

The players did that even though they knew the world’s media were there. It was their choice, they knew it would be public yet they shared a private moment, in public, with the supporters.

It’s been a shared feeling. That possibly sums the man up as well as anything, there is no hierarchy. Everyone is feeling the same, everyone I’ve spoken to from stewards to board members. That is something Vichai instilled, he was an incredibly humble man. 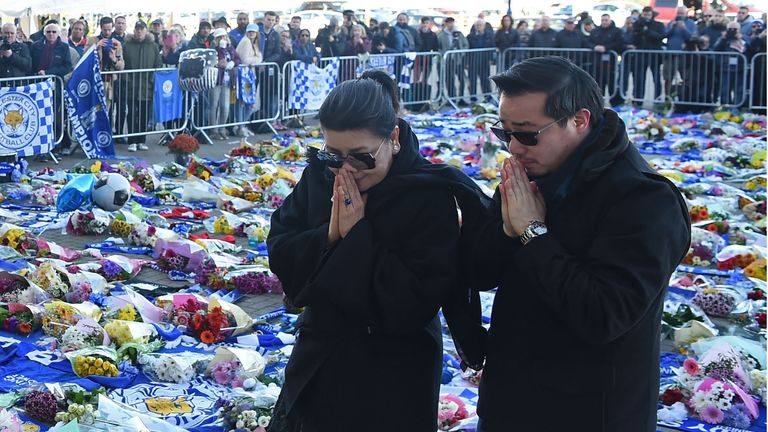 It’s been a really tough couple of days but we have a job to do and you try and remain professional, but it really hit home for me when I saw the players and just how visibly moved they were. To see Kasper Schmeichel in floods of tears, Christian Fuchs, Wes Morgan unable to look anyone in the eye. These are tough guys who have been physically and emotionally strong for as long as I’ve known them and they were in bits today.

That’s what hit home for me. I knew the chairman was close to the players, it was well known within the football club and the media but I don’t think until today I realised just how close they were, seeing how visibly, emotionally moved they were.

I’ll be honest, people were saying to me ‘will this game against Cardiff go ahead on Saturday?’ and I said of course it will, they’ll have had a week to recover. But seeing them today I’m not convinced their minds are anywhere near football right now.