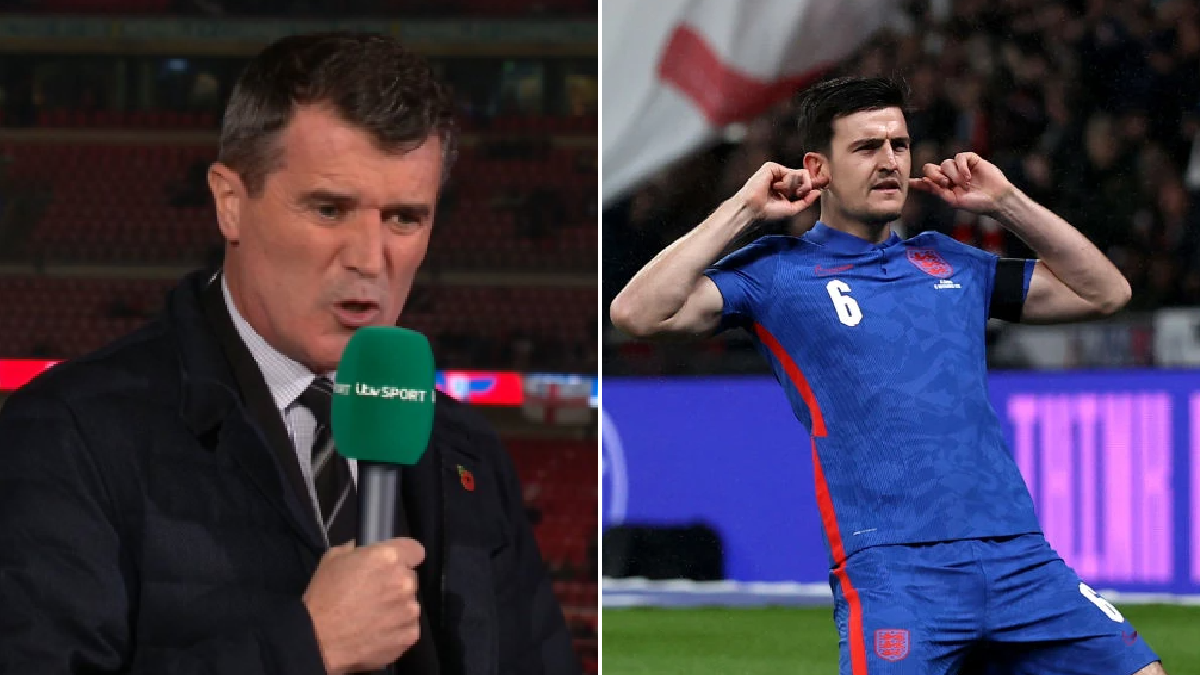 Roy Keane has branded Manchester United skipper Harry Maguire an ‘embarrassment’ after the defender stuck it to his critics with his goal celebration in England’s match against Albania.

The 28-year-old netted the opener on Friday night at Wembley with a powerful header early in the first half which kickstarted a ruthless display from the Three Lions, who netted five times in the first 45 minutes.

After scoring, Maguire – who has faced significant criticism for his performances in recent weeks – cupped his hands to the crowd and then put his fingers in his ears.

The celebration was taken as a clear jibe at his detractors, with the centre-back having been singled out repeatedly during United’s recent run of bad results despite having been rushed back into the side following an injury.

Keane has been one of Maguire’s biggest critics, particularly after recent defeats against Liverpool and Manchester City at Old Trafford, and he was livid with the defender’s actions, taking another pop at his form this season and slamming the celebration.

‘He’s put his hands to his ears like he’s shutting the critics up, but I think that’s embarrassing,’ said Keane during half-time of ITV’s coverage.

“That’s embarrassing, he’s been a disgrace the last few months for Man Utd.”

Roy Keane was not impressed over Harry Maguire’s celebration after his goal earlier tonight#ITVFootball pic.twitter.com/mMXfpZkyCT

‘He’s been a disgrace the last few months for Man United. He thinks because he’s scored there he’s going to shut his critics up? Embarrassing.’

Fellow pundit Ian Wright agreed that the celebration was unnecessary, saying: ‘The thing with it is you just don’t need to do it.

‘I just feel like it’s something I probably would have done, but you look at it now and you think: you don’t need to do that because you’ve got a lot of football to play.

‘So don’t give them [the critics] the opportunity to say, “Right, we’ve got to him”. Just play the game Harry.’

‘And what it does is it puts a sour taste in people’s mouths who don’t like that, and gives people the opportunity to wait for that bad performance again and have a go at him.’