Home » A title-defining El Clasico and Dortmund’s scouting mission: What to watch around Europe this weekend

Just as the matches in the Champions League this past week offered a notable increase in attention, tension and tempo, so too are the domestic scenes around Europe approaching crunch time.

Inter Milan’s nine-point lead has them as overwhelming favourites now in Serie A and the same can be said for Bayern Munich and their seven-point advantage in the Bundesliga, but five points separate the top four in Ligue 1 and it’s just three points between LaLiga’s top three.

One mistake at this stage of the season in a key match can mean the difference between the pursuit of success and silverware…and another long wait of another long year to be in the running at the final hurdles. This weekend, Europe’s top leagues don’t have as many of the top-of-the-table clashes as is often the case – with one very notable exception in Spain – but three points against the mid-table sides are worth just the same, and arguably cost more to drop in unexpected fashion. When it comes to winning titles, consistency is king.

This weekend we cast our eyes over not just the biggest match of the week, but perhaps the most famous fixture in all of European football in the modern age: El Clasico. That, and a host of sides still hoping to seal European places for next term, too.

Here’s everything you need to know ahead of another packed weekend of action around the Continent.

All eyes on Madrid

Real’s win last weekend moved them second, three points off leaders Atletico – but Barca had a Monday night win of their own, pushing Los Blancos back down to third.

With nine games left there is of course plenty of scope for any of the trio to still win the league, but the feeling is that Zinedine Zidane’s side must, at the very least, avoid defeat here if they want to retain their title.

Consider: Barcelona are, by a distance, the most in-form team in the country. They have strung together six straight wins and are 19 unbeaten in LaLiga – plus they have no European games to split their attention over the rest of the campaign. For them it’s simple: Win the Copa del Rey final and keep piling the pressure on Atleti, and a domestic double looks likely to be theirs.

Real have a healthy first-leg lead in the Champions League quarter-finals, but the travel and lack of margin for error in that competition could be detrimental to their league hopes as the season goes on, especially given the injury absence list.

In more direct comparison terms, Real are currently patchwork at the back and forcibly mixed in their starting systems as a result, while Ronald Koeman seems to have found a tactical balance to get the best out of several key players, including Frenkie de Jong as a third centre-back and Ousmane Dembele as a pacy centre-forward.

Atletico, meanwhile, face a very tricky trip to Andalucia to play sixth-place Real Betis; don’t be surprised if, whatever the outcome in El Clasico, the lead at the top is cut once more this weekend.

While BVB have two big objectives left for this season, there’s also no way they can avoid the reality of their situation regarding two of their biggest stars.

Jadon Sancho seems likely to leave this summer and, if no Champions League football is secured, Erling Haaland could follow suit – and their top-four hopes were hit hard last time out with defeat to Eintracht Frankfurt. Dortmund are seven points off fourth now and – while they could still win the European Cup itself of course – there must be those in the corridors of powers pencilling in a succession plan. 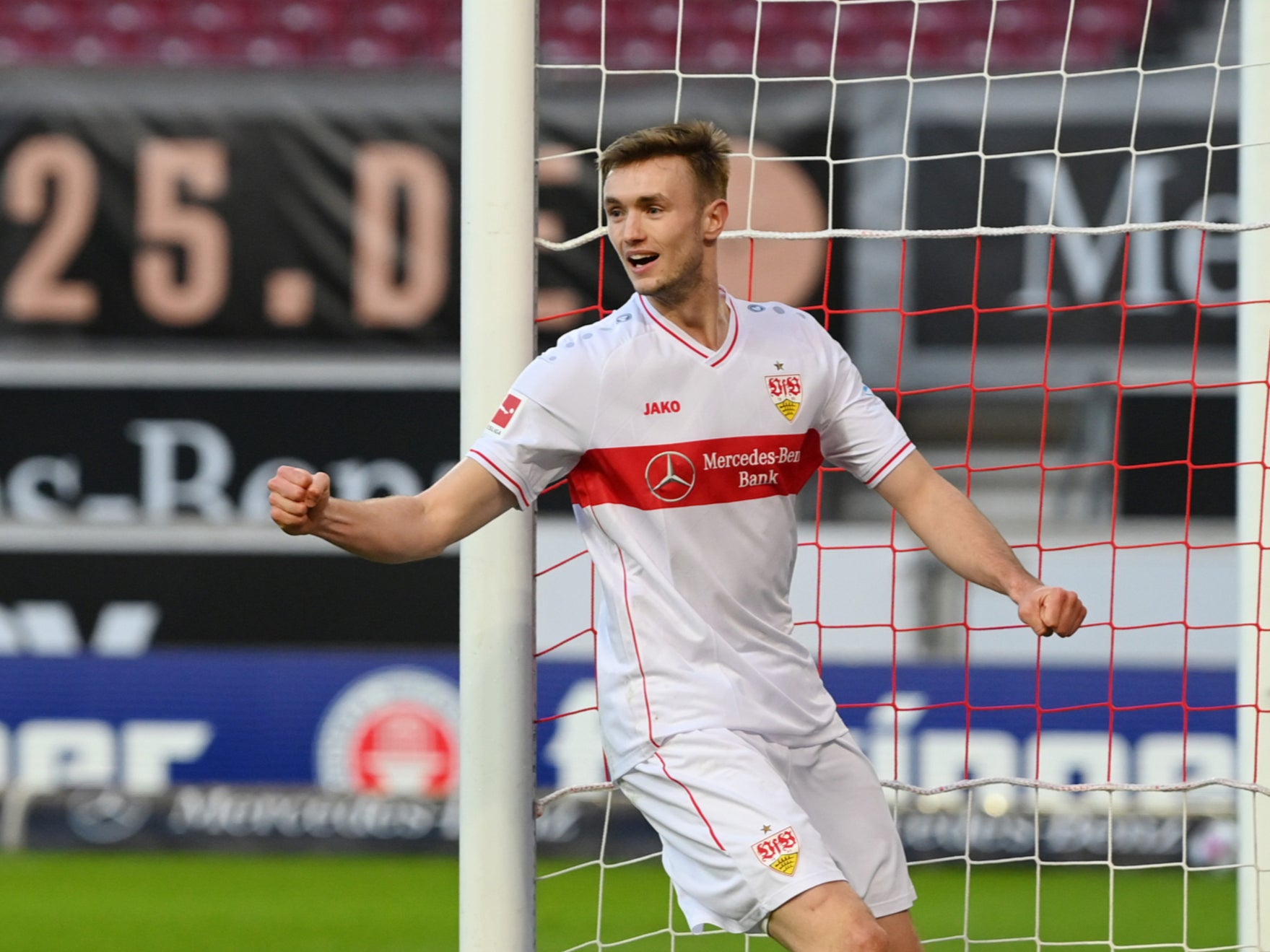 One part of that plan could be Sasa Kalajdzic, the 13-goal Stuttgart forward who is reportedly on their radar as a potential Haaland replacement. Fortunately enough for the Westfalenstadion scouts, a handy opportunity to see just how the two match up comes along this weekend as Dortmund head to the Mercedes-Benz Arena.

There’s the chance that Dortmund rotate or rest a few of course, with a second leg against Man City on the horizon, but they can ill-afford to drop any more points with just seven matches left in the season.

Even more intriguingly, Eintracht host third-place Wolfsburg this weekend, so someone above Dortmund has to drop points.

At the other end of the table, Koln against Mainz on Sunday is a fight to stay out of the relegation play-off place.

Best of the rest

Ligue 1’s title race remains fascinating and Monaco look to have the easiest weekend of the four sides in the running, as they host bottom club Dijon – who have lost 11 in a row. PSG are similar to Real and Dortmund in having a second leg to think about and a rotation gamble to balance, but Mauricio Pochettino will not want the club’s domestic domination to end on his watch.

For Lyon, currently fourth with one win in five, they have to quickly find the ruthless edge to their game or face the prospect of simultaneously being in a title fight and not even making the Champions League spots – only three make it from France.

Elsewhere, second visits third in the Russian Premier League with a Moscow derby, Spartak at Lokomotiv, while the Greek Super League is into the Championship round after the league table split.

This weekend in a more normal time would see a riotous occasion of colour, passion and fierce backing from the stands – but Olympiacos vs Panathinaikos will be played out behind closed doors once more.