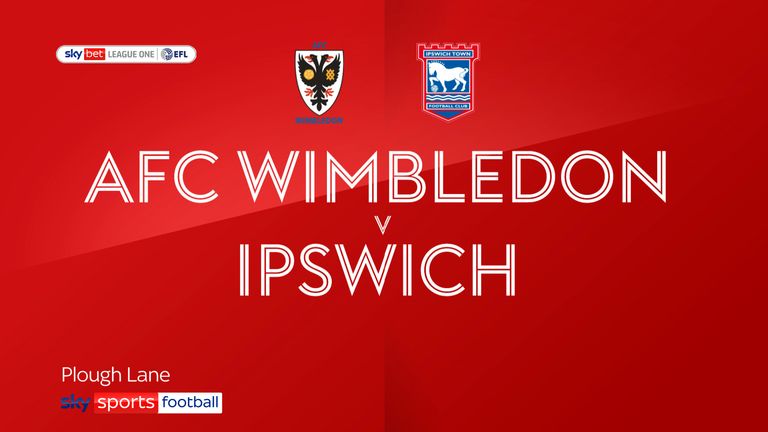 Will Nightingale’s first goal for three years set AFC Wimbledon on their way to a 3-0 victory over 10-man Ipswich that further boosted their Sky Bet League One survival hopes.

The Dons’ second win in a row moved them two points clear of the relegation zone, while Ipswich, who had Josh Harrop sent off in the first half, are now five points adrift of the play-off places.

Wimbledon went ahead after 21 minutes as centre-back Nightingale found the net with a thumping header from Luke O’Neill’s corner to score just the second goal of his career.

The Dons’ lead was doubled four minutes later, as O’Neill was given plenty of time to cross for the unmarked Jack Rudoni to head in from close range.

Things went from bad to worse for Ipswich, as Harrop saw red in the 28th minute for an awful challenge on Nesta Guinness-Walker.

Ayoub Assal passed up two chances in quick succession to add a third for Wimbledon after the break, but Ryan Longman managed to do so late on, sweeping in Shane McLoughlin’s lay-off.