Alan Shearer slams ‘very flat’ Qatar after underwhelming World Cup defeat to Ecuador, while Ashley Williams claims the hosts ‘didn’t do NEARLY enough to win a game of football at this level’

Alan Shearer and the rest of the BBC pundits weren’t impressed with what they saw from Qatar in Sunday’s World Cup opener.

The host nation were easily beaten by Ecuador in a humbling defeat at Al Bayt.

Enner Valencia scored both the goals and Qatar were lucky not to lose by more.

Speaking after the game, Sherer said:  ‘yeah won in the first half it was a poor second half. 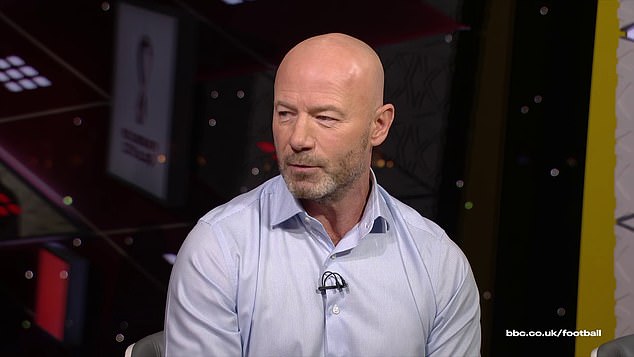 ‘Ecuador managed it really well there was no way Qatar were getting back into the game they kept the ball when they had to without being too much of a threat themselves. It was very flat the second half even the crowd disappeared.

Alex Scott added: ‘ I think that was down to Ecuador not coming out and asserting themselves. I think the disappointing thing with Qatar is that when they managed to get any possession they were sloppy with it and I think it could be a long week and a long group stage for them.

‘It kind of turned into a bit of a training exercise for Ecuador. It was maybe wise the way they played it probably to conserve some energy for the other two difficult games they have in the group stage but it was a flat second half but Ecuador professionally got the job done.

‘It’s not enough if you’re opening the world cup and you want to give a good account. They did try a diagonal ball a lot which didn’t come off. Even in the build up at times it was just so sloppy and they would manage to get to the middle third and nothing would come of it. But they didn’t do nearly enough to win a game of football at this level. They’ve got work to do because they’re coming up against tougher opposition.