Home » Soccer » ANTHONY JOHNSON: I was a footballer who didn't get the jab

ANTHONY JOHNSON: I was a footballer who didn’t get the jab. Now I can’t believe how stupid I was… I can only urge players to sort out their priorities

I know there are footballers out there who are reluctant to get the Covid vaccine. And I understand why. I was one of those who just hadn’t got round to it. But reflecting on that now, I really can’t believe how stupid I was and the experiences I’ve been through in the past six weeks, which have put an awful strain on myself and, more importantly, my family.

Just six weeks ago I was feeling like I was on the point of death, collapsing in hospital and having to be rescued by nurses. I was reduced to a shadow of myself, all because I hadn’t got round to doing something potentially life-saving.

It was pure stupidity on my part. I’m not an anti-vaxxer and I fully intended to get round to having the jab. And I have had my first jab now. But, being busy with pre-season training at Chester, it was just bottom of my priority list. That’s the best way of describing it. I’d had Covid last year, so I thought I couldn’t get it again. And I’m 38, fit and healthy. So I reckoned there really was very little risk. It just didn’t seem that important. 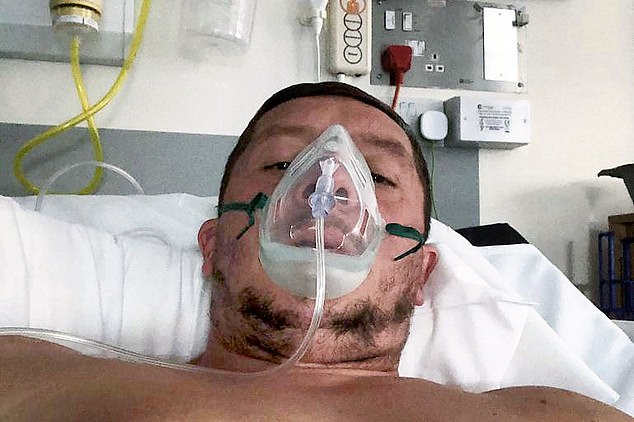 How mad is that? Basically I was saying that living and being healthy was bottom of my priority list! Taking training, work meetings, picking the kids up were higher priorities than staying alive. It’s almost like I had to stick my hand in the fire to realise how hot it was. And the reason why I’m happy to talk about it now is to urge footballers who haven’t had the jab: just do it.

At the beginning of the summer, I tested positive for Covid, which surprised me as I’d had it before, though looking back, I guess that was a different variant to the current Delta one. I was isolating but after a week, I wasn’t improving. In fact, I was getting worse, which is when my wife called an ambulance.

Even then, I hadn’t really grasped the seriousness of it. As the paramedics were coming into my bedroom, I could hear them reassuring my wife and telling her that with younger people, they tend to leave them at home to recover. Then they took my blood oxygen levels and as soon as they did, you saw them looking at each other, thinking: ‘We’ve got to get him in.’

I said I’d walk to the ambulance but because I’d been laid up for several days, I collapsed. When I came to, we were in the car park outside the hospital. It was the week of the heatwave and 30 degrees outside. We were there for three or four hours, waiting to be admitted and those hours were the worst of my life.

My temperature was 42 degrees and I was sweating and shivering. It was like being in an oven. I just felt as though I wanted to go to sleep and not wake up. When I was admitted, there were people running around and they ended up injecting me with something to help my oxygen levels. I was at such a low point, I just started crying, it was that painful. 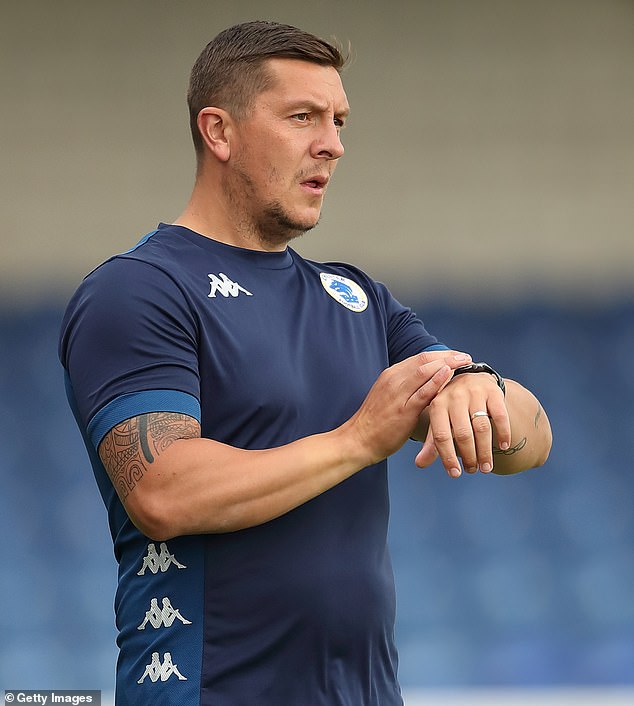 I was vomiting and thinking, ‘What’s happening?’ I was totally out of control. People talk about Covid being a flu or a cough but I’m lying on a bed in hospital, feeling like I was poisoned with no control, just shivering and rattling.

I woke up the next morning in hospital, with nurses checking me every hour. I hadn’t really slept, so I asked the doctors to leave me alone. It seemed to me there were patients older than me, in their 60s and 70s, who they could deal with while I slept, as they were surely more poorly than me? And the doctor just looked at me and said: ‘No, they aren’t. Your oxygen levels are the lowest in here.’

It struck me then how serious it was. I’m married with three kids and every day I’d be on FaceTime speaking to them. I realised what a strain it was for my wife and my oldest children. Every night my nine-year-old daughter would read me a story, but I’d take off the mask because I didn’t want to alarm her. It hits you then how foolish you’ve been.

Even then, once I had turned a corner later in the week, I was thinking I have to get up and walk about or I’ll never get out. So I decided to try going to the bathroom, which was about 20 yards away. I walked to the bathroom to use the toilet and I had to pull the red cord because I couldn’t get back out. Two nurses came in for me and that was the most embarrassing moment.

I’m a 15-stone bloke, I imagine myself fit and strong and I can’t get out of the toilet. They brought in a chair to wheel me out and an oxygen tank and they told me off for walking without oxygen. And I just remember apologising and feeling humiliated.

While I was there, two people died on the ward. A man in his 70s I’d become friendly with passed away and another man in his 60s. Then a lad came in, 6ft 2in, proper gym-goer, toned body, full of muscle. And he was 29. I had been thinking I was the youngest in here by 30 years and then he came in, 10 years younger than me. 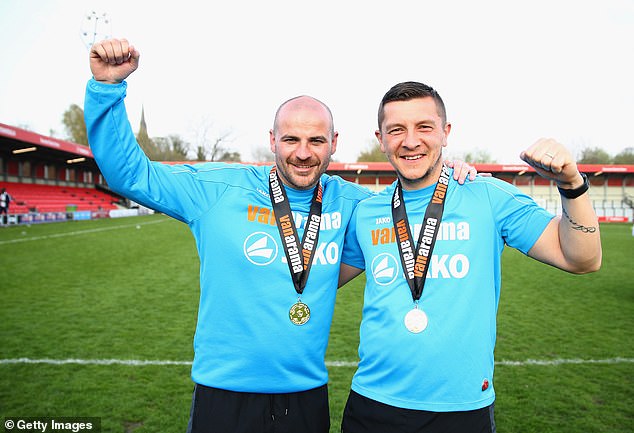 At Chester, the start to our season has been massively disrupted because of the number of players who have had Covid. Now, because of my experience, everyone has got jabbed or is scheduled to get one. I understand why, when you’re young, these things don’t seem as important, why you might feel it applies to other people, not to fit, 20-something athletes.

But it’s going to look bad if, come October, the Government is asking fans to produce a vaccine passport to get into games but some of those playing on the pitch have still not got round to having it. How’s that going to work?

I can only urge footballers to sort out their priorities. Having the jab is 15 minutes out of your day. I wish I could turn back the clock, had it done earlier and not had to live through the last six weeks.