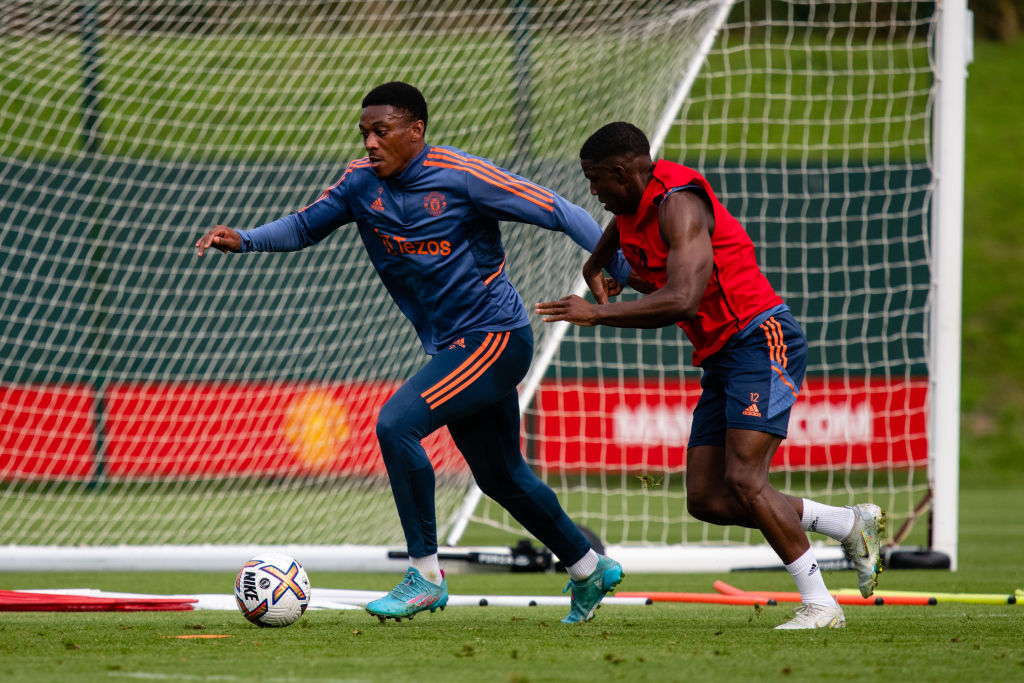 Anthony Martial had to be pulled away from an altercation with Manchester United team-mate Dan Gore after the Frenchman reacted angrily to a ‘robust tackle’ from the youngster.

The forward is one of the few first-team players not selected for their country for the Qatar World Cup.

Erik ten Hag therefore had to call-up a number of fringe players into the first-team squad to boost numbers and Gore – who signed for United from Burnley last summer – was one of them.

The teenager was clearly keen to impress Ten Hag but he went slightly over the top during a practice match and injured Martial with a ‘robust tackle’, according to the Mirror.

Martial reacted furiously and squared up to Gore, with team-mates and coaches forced to break the duo up.

Martial, for his part, apologised to Gore for the incident once the dust had settled and the pair made up.

Gore is said to have stood up to Martial during the altercation but tensions were cooled back in the dressing room.

Martial is United’s first choice striker but he’s barely been used so far this term, owing to a back and ankle injury.

Cristiano Ronaldo is set to leave the club after his bombshell interview with Piers Morgan, in which he said he had ‘no respect’ for Erik ten Hag and that the Glazers ‘do not care’ about the club.