Premier League: How did the season unfold?

Antonio Conte plans to revamp Tottenham’s defence by signing Inter Milan centre-back Stefan de Vrij this summer, according to reports. The Italian head coach is set to be appointed at Spurs having been in advanced talks for the last two days.

Conte resigned at Inter just days after leading them to a first Serie A title since 2010.

The Nerazzurri ended Juventus’ nine-year domination of Italian football by winning the division with a 12-point lead over rivals AC Milan. Juventus ended a tough campaign in fourth.

But Conte sensationally quit following a disagreement with the board over the future of the club. He felt that his ambitions were not matched by Inter, who are planning to sell several key players to cover for financial difficulties.

It is now widely believed that the former Chelsea manager will take over at Spurs following days of intense discussions.

JUST IN: Sir Alex Ferguson may have blocked Harry Kane to Manchester United 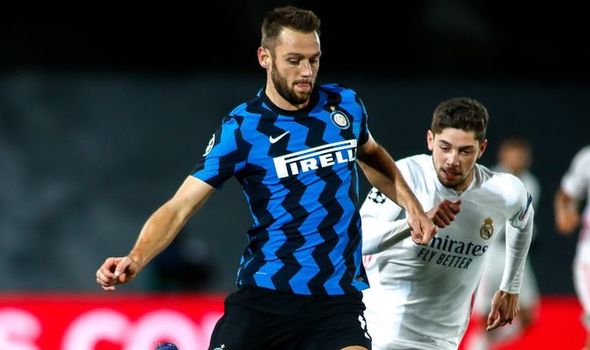 Spurs chairman Daniel Levy has been searching for a permanent boss since sacking Jose Mourinho in April.

Mourinho was dismissed after failing to lift the north Londoners back among the elite of English football.

The Portuguese steered the club to a sixth-place finish after replacing Mauricio Pochettino in November 2019.

But they were seventh and had been embarrassingly knocked out of the Europa League by Dinamo Zagreb when he departed.

Former Tottenham midfielder Ryan Mason was placed in interim charge until the end of the season and maintained their position in seventh. Mason, 29, has now returned to his academy role as head of player development.

Conte is set for a busy summer and wants to improve Spurs’ defence by bringing defender De Vrij with him from Inter, according to Football Insider.

The experienced Dutchman played 32 times for the Italian side during their remarkable title-winning campaign. 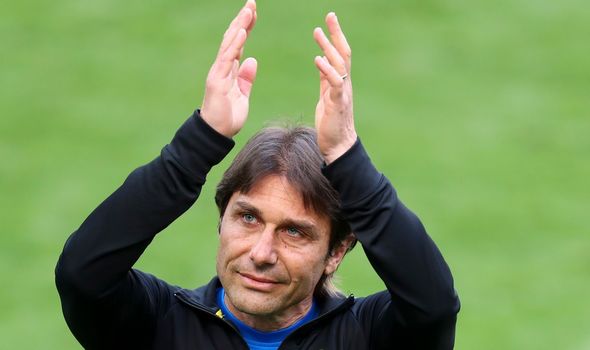 De Vrij would be a welcome addition to a defence that appeared shaky last season. Mourinho never settled on a consistent centre-back pairing, with Eric Dier, Davinson Sanchez, Toby Alderweireld and Joe Rodon each playing a similar amount of games.

Conte has also reportedly told Spurs that they must not sell striker Harry Kane this summer. Heung-min Son is believed to be close to signing a new deal.

England captain Kane has made clear his desire to leave in search of silverware.

“I don’t want to come to the end of my career and have any regrets. I want to be the best I can be,” Kane told former Manchester United defender Gary Neville on Sky Sports’ Overlap show.

“People might say: ‘he’s desperate for trophies, he needs trophies’, but I still feel like I’ve still got almost another career to play.

“I’ve got seven, eight years, kind of what I’ve already had in the Premier League.

“So I’m not rushing anything, I’m not desperate to do anything.”
Source: Read Full Article