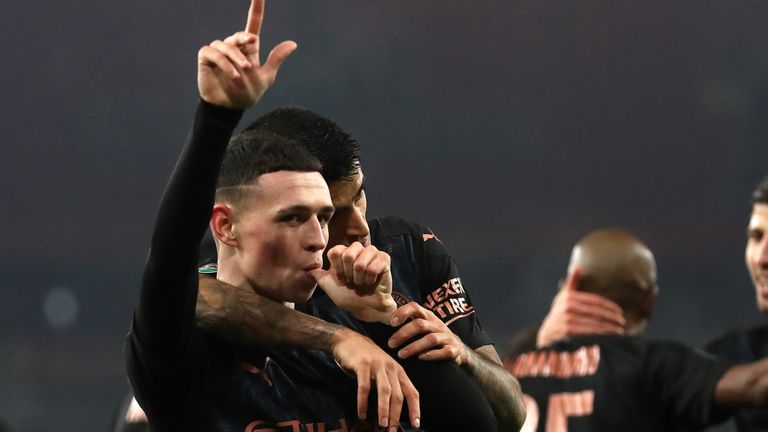 Manchester City kept their Carabao Cup defence firmly on track after easing past Arsenal with a 4-1 victory at the Emirates Stadium to book their place in the semi-finals.

Gabriel Jesus headed the visitors into an early lead in the third minute but Arsenal hit back against the run of play through Alexandre Lacazette (31).

However, the Gunners, who lost Gabriel Martinelli to injury just after half-time, were behind again in the 54th minute after goalkeeper Alex Runarsson let Riyad Mahrez’s free-kick through his hands and into the net.

Phil Foden added City’s third (59) with a deft finish, despite replays suggesting he had strayed offside, before Aymeric Laporte’s header (73) rounded off proceedings for Pep Guardiola’s side, who are now 18 games without a defeat in the League Cup as they bid to win the competition for a fourth straight time.

When is the semi-final draw?

Arsenal are back in Premier League action on Boxing Day when they face London rivals Chelsea at the Emirates Stadium, live on Sky Sports; kick off 5.30pm.