Emile Smith Rowe is playing so well for Arsenal recently because he is not weighed down by the pressure that has affected some of his team-mates. That’s according to Jamie Redknapp, who believes that the 20-year-old midfielder has been a breath of fresh air for Mikel Arteta’s side.

Smith Rowe has come to the fore for Arsenal in recent weeks, helping the Gunners win four games in succession coming into Thursday night’s Premier League game against Crystal Palace.

The academy graduate has previously struggled for game time, spending time on loan with RB Leipzig and Huddersfield Town over the past few years.

But Smith Rowe has proven to be an unlikely source of positivity, with Arsenal lacking creativity in the centre of the pitch since Mesut Ozil was frozen out of the side by Arteta.

He has contributed two goals and four assists in his last eight appearances across all competitions, with his last strike the crucial first one in the 2-0 FA Cup third round victory over Newcastle United on the weekend.

Alongside the likes of Bukayo Saka and Kieran Tierney, Smith Rowe’s performances have been a huge bright spot for Gunners fans and Redknapp thinks his success stems from his youth. 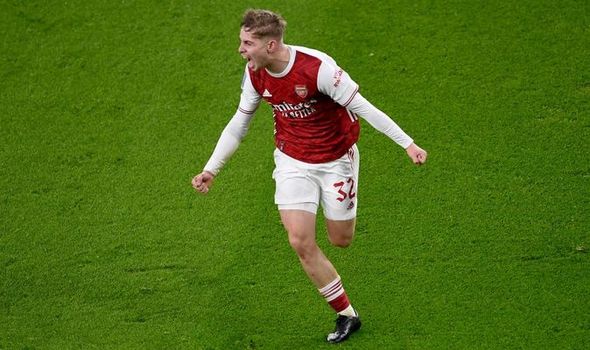 “He’s playing with no fear,” he said on Sky Sports’ coverage of Arsenal’s home game against Palace.

“There’s two schools of thought, sometimes you say you don’t wanna introduce young players into a team that’s struggling, I don’t necessarily agree with that.

“I remember when Graeme Souness gave me my debut at Liverpool with [Steve] McManaman and [Robbie] Fowler, same sort of time, but we weren’t phased by what was going on, we didn’t think about the consequences.

“As you get older, you start to worry when you’re losing games, you take it home with you, but when you’re that age, you’re just buzzing to be playing.

“He has so much talent and it looks like he’s loving it. Everyone around him looks to be happy to be playing with him as well.

“They already had Saka, but now this young man as well, I love the way he plays. He’s excellent.” 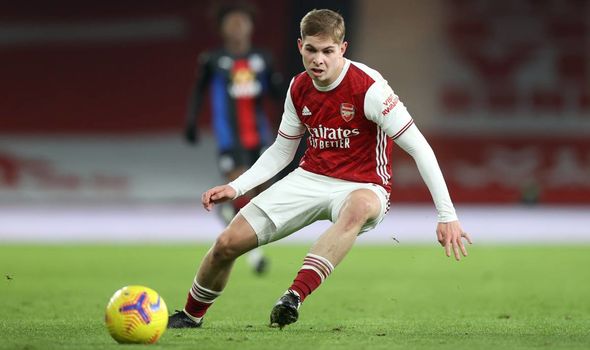 Smith Rowe seems to have made the central attacking midfield role his own in Arteta’s side of late, playing ahead of Granit Xhaka and Dani Ceballos.

His performances in the 3-1 win over Chelsea and 4-0 demolition of West Brom showed his talents in full effect, with the youngster contributing an assist in both games.

Sky Sports pundit and former Gunners right-back Alex Scott has been impressed by what she’s seen and believes Arsenal have unearthed a player for the future.

“Get excited. The talent he’s shown – yes, we can say that he’s only made seven appearances so there is still gonna be the time for him to grow. But he’s completely changed the dynamic,” Scott said.

“You’ve got a player in him that Arsenal were lacking. Straight away, he’s looking to play the ball forward, link up with players around him and now he’s getting on the scoresheet.

“He’s such a talent. It’s a better balance now with him in that side for the Arsenal team.”