Arsenal are unlikely to renew the contract of centre-back David Luiz this summer, according to reports.

The Brazilian has made 16 starts for the Gunners this season and was enjoying a resurgence in the team before he was forced to undergo knee surgery this month, with Mikel Arteta instead calling upon Rob Holding, Pablo Mari and Gabriel Magalhaes.

The former Chelsea defender has had his fair share of critics while in north London, and while he is valued as an experienced member of the Spaniard’s squad, the club are not currently looking to agree new terms with him, as per Football.London. 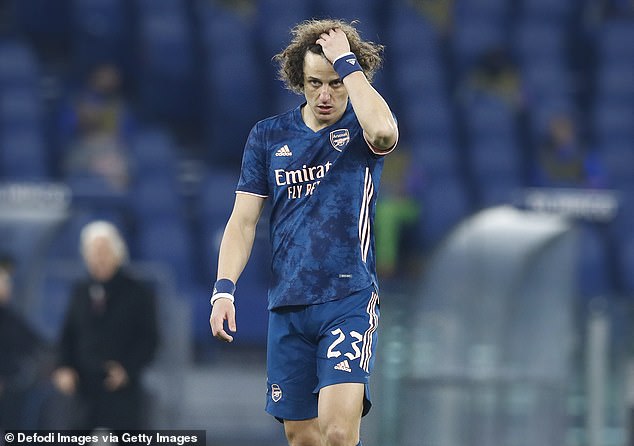 Arsenal are unlikely to offer defender David Luiz a new deal at the club, according to reports 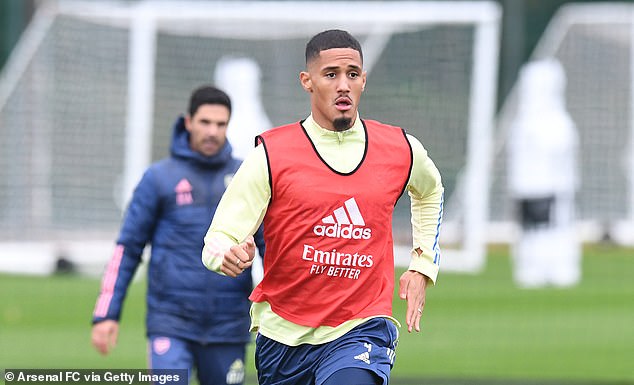 With William Saliba and Dinos Mavropanos both returning from loans at Nice and Stuttgart respectively, Gunners boss Mikel Arteta feels he has enough options at centre-back, the report adds.

He is particularly keen to give more first team opportunities to Saliba, it says, who endured a tough start to his Arsenal career after failing to make a single first team appearance at the beginning of this campaign.

Arteta previously said Saliba was not ready to feature in his squad and needed more game time out on loan, but this week said he was encouraged to hear he was being selected more regularly. 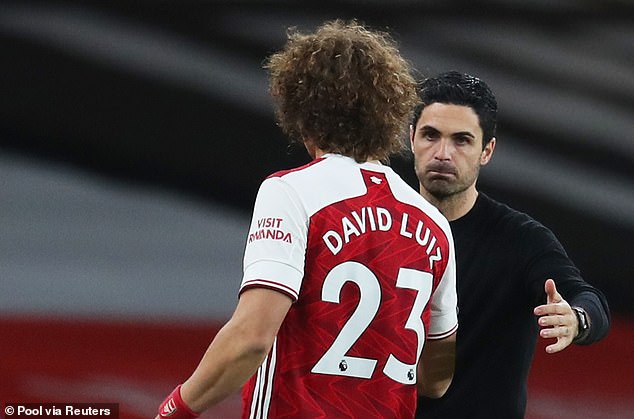 The 20-year-old has played 16 times since being sent out in January – winning the club’s player of the month award in his first four weeks with the French outfit.

‘We were talking yesterday for example with Ben Knapper, who is our loan manager,’ Arteta said. ‘He is in charge of monitoring everything we are doing, and we are in contact with the players. 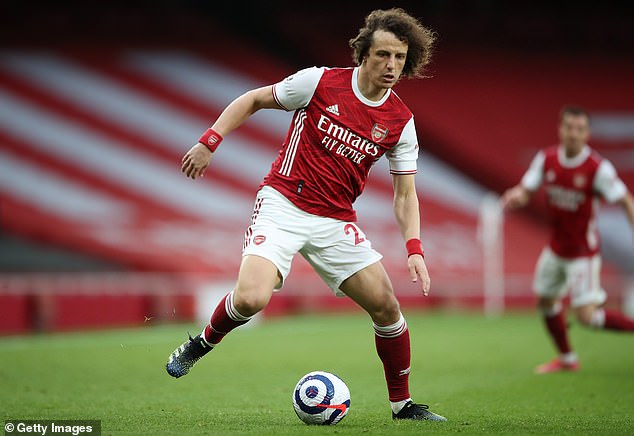 The ex-Chelsea star turns 34 this month and is currently on wages of around £120,000 a week

Luiz was offered a one-year extension to his Arsenal deal after impressing Arteta towards the end of last season, but he will turn 34 next month and currently earns around £120,000 a week.

He was ruled out for around four weeks at the start of April, but is set to return to training next week to boost Arteta’s hopes of winning the Europa League – should they make it past Slavia Prague.

Luiz has played 72 games for the Gunners in all competitions – winning the FA Cup after helping the team beat his old side Chelsea in last season’s final.