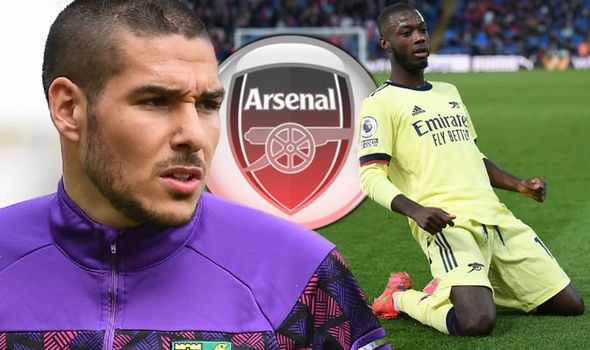 Losing out to Aston Villa on Emiliano Buendia is not an easy one to take for Arsenal, who will have fancied their chances of landing the Norwich playmaker. But in failing to sign the South American, whose move to the Midlands was confirmed by Villa on Monday morning, the Gunners may actually have saved themselves somewhat of a headache.

Arteta is in the process of plotting a squad rebuild this summer and a new attacking midfielder is high up his list after Martin Odegaard’s Emirates success.

Odegaard joined on loan from Real Madrid in January and despite not posting overwhelming numbers in terms of direct goal contributions in his six-month stint in the Premier League, the Norwegian produced some classy performances and showed in glimpses just why he was so talked about as a teenager a few years ago.

With it unclear whether Arsenal will be able to re-sign Odegaard on loan or on a permanent deal, they looked in depth at the possibility of signing Buendia presumably as an alternative rather than as an additional attacking acquisition.

But Villa trumped the north Londoners to agree a club-record £33million initial deal for the Championship Player of the Season, who managed 15 goals and 17 assists in the second tier in 2020-21, that could rise to £38m after add-ons.

Arsenal must now look elsewhere. Yet failing to sign Buendia is not an absolute disaster for Arsenal even though he’s clearly an incredibly talented player who will improve Villa.

Why isn’t it all bad for Arsenal then? Because although a new No 10 is wanted, Buendia’s huge success for Norwich actually came from starting down the right-hand side rather than centrally, where Mario Vrancic or Kieran Dowell instead played last term under Daniel Farke. 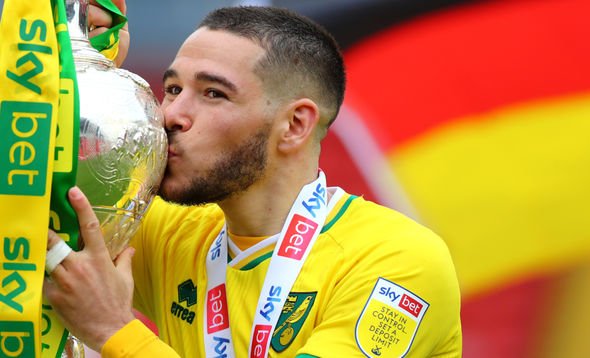 Transfermarkt actually suggest only one of Buendia’s 121 appearances for Norwich – against Leeds in the Championship in August 2018 when the Canaries lost 3-0 – came when starting in a central role.

Of course, the Gunners will have done their due diligence, likely believing the creative Argentine can also be a success centrally. He played there a bit for Cultural Leonesa and Getafe earlier in his career.

But in England, the evidence shows he is best utilised starting out wide and having the freedom to drift into space in the middle. Having to use him in a similar manner would have caused issues for Arteta.

That is because Nicolas Pepe made himself undroppable on the right wing towards the end of the season as the £72million Ivorian ended the campaign with 16 goals and five assists.

Eight of those goals came in his final 11 matches and while Pepe can also play from the left, it was notable that his braces in Premier League wins over Crystal Palace and Brighton both came from the right. It is there that he should start the 2021-22 Premier League season providing he’s fit.

Against Palace, Bukayo Saka lined up on the left while at home to Brighton it was Emile Smith Rowe there, with the versatile Saka then replacing Pepe on the right wing as a substitute. 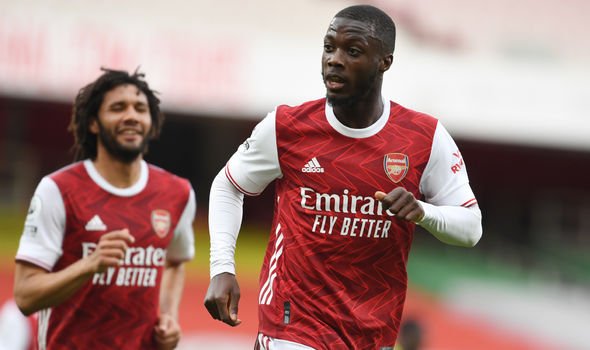 The academy graduate and Pepe were among two of Arsenal’s better players in an ultimately forgettable 2020-21 season and both enjoyed success on the right, but can also play on the left.

Next season Arteta will not need to rotate as much given the absence of European football and that means Saka and Pepe should most often be the ones to line up on either flank. If they can maintain their recent level of performances, they will certainly deserve to.

Gabriel Martinelli, Pierre-Emerick Aubameyang and Willian are all alternative options to play wide, as well as Smith Rowe though he is best utilised as a central playmaker. They can come in whenever necessary.

Buendia’s arrival though might have caused a dilemma. To get the absolute best out of him Arsenal might have had to use him on the right, at least judging by his time at Norwich.

Doing so would obviously have taken away from the likes of Pepe and Saka. Saka is so good that he can play anywhere but Pepe is really establishing himself as a vital contributor and did so from the right-hand side – would Arsenal want to get in the way of that? 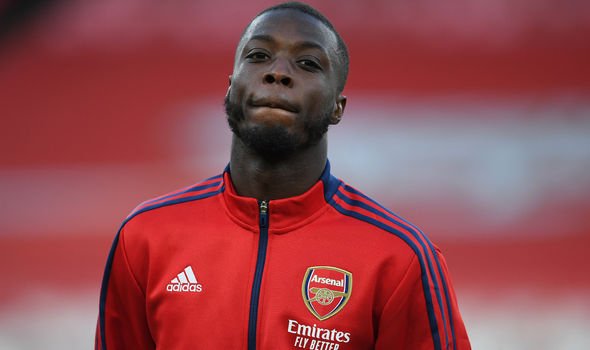 Even if Buendia had have come in to play as a No 10, it might have taken time that Arsenal don’t really have for him to become as effective there as he has been on the right for Norwich.

That is because the Argentina youth international would need to get used to being constantly positioned in central areas, rather than having the freedom to move in and out of them as he did in Norwich’s system.

While the player’s abilities suggest he’s got it in him to succeed centrally, and he could thrive there for Villa, perhaps Arsenal are better off spending their money on a player who has more experience and pedigree through the middle.

Is that Odegaard? Arteta certainly seems to think so given how highly he’s spoken of the Scandinavian in recent months. It’s unclear what other options are out there but Arsenal’s scouting department will be hard at work assessing the creators potentially available if Odegaard proves out of reach.

Missing out on Buendia certainly isn’t a good thing, but Arsenal can turn it into a positive if they sign another player who goes on to excel at No 10.

The Gunners must make sure they do not miss out on too many more Arteta targets though, or else they risk another frustrating season where they fail to make sufficient progression.