Arsenal boss Mikel Arteta needs to answer some serious questions on his team selection for the game against West Ham on Sunday, according to Danny Murphy. The Gunners headed into the match undoubtedly riding high from their north London derby victory over Tottenham the week prior.

A disappointing performance against Olympiakos followed a few days later, but they still progressed into the quarter-finals.

But the win over Spurs was seen as a chance for Arsenal to build some momentum in the league with the European spots still well within their grasps.

David Moyes’ side have been the surprise package of the year so far but Arsenal could have moved cut the gap to West Ham to just four points with a win on Sunday.

Arteta made a number of changes to his starting line-up from the team who beat Tottenham with Cedric Soares, Gabriel and Emile Smith Rowe dropping to the bench. 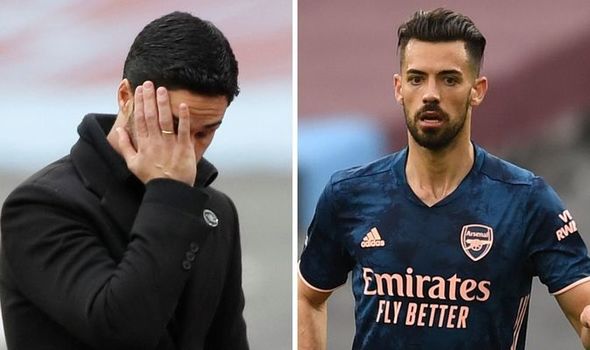 But the Gunners got off to the worst possible start as West Ham raced to a three-nil lead inside 32 minutes.

Own goals from Tomas Soucek and Craig Dawson were followed by an equaliser from Alexandre Lacazette late on saved Arsenal’s blushes.

However, Murphy has criticised Arteta for failing to build on the win over Tottenham by “overthinking” his team selection.

“I think he has to take some responsibility himself,” Murphy said on talkSPORT.

“You then take out three of your best performers from that performance – I know they had a game midweek but players not being able to play three times a week, I’m not on that page.

“Emile Smith Rowe was man of the match for Arsenal and Gabriel did a good as job I’ve seen on Kane any centre-half do and he puts Mari back in who’s not as good. I’m sorry he’s not as good.

“Cedric, an electric-quick full-back – he might not be everybody’s cup of tea going the other way but he’s certainly quick and defends well one-on-one and he brings Chambers in. 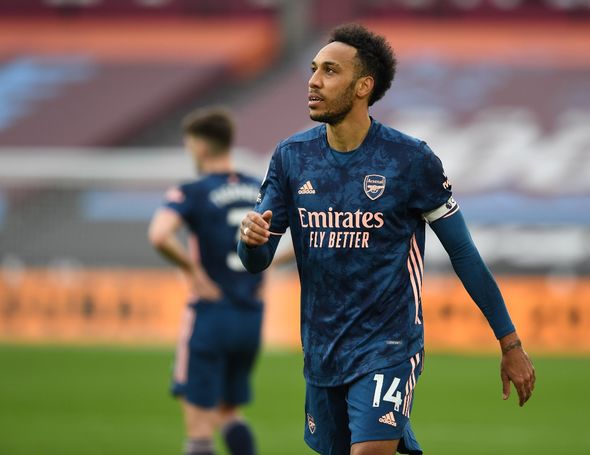 “Chambers did okay as it happens but he tweaked the system a little bit as well. Tierney pushed on and Chambers tucked in.

“It’s as if he was over-thinking his formation and his rotation which a lot of managers are doing.

“I understand we’ve had a unique season and a succession of games but he played Aubameyang on the right. When have we seen Aubameyang have a good game on the right wing?I haven’t.

“He changed it when they were two or three-nil down so if you’re changing it after half-an-hour, you’re admitting you were wrong.

“But the tweaking of the team after a really confident and commanding display last week baffles me. Give the players a chance.”