Arsenal owner Stan Kroenke has reportedly laid out plans to back Mikel Arteta in the transfer market with a move for Dominik Szoboszlai already being lined up. The Gunners spent big on the final day of the summer transfer window to bring in Thomas Partey.

Gabriel also joined from Lille in a deal worth a reported £25million, but it was otherwise a relatively quiet transfer window.

Most of the focus was spent on extending Pierre-Emerick Aubameyang’s contract, while Willian also signed a lucrative deal after leaving Chelsea as a free agent.

But it appears as though Arsenal’s approach in transfer windows in the near future may change.

Kroenke has earned a reputation among Arsenal fans for being frugal in the transfer market. 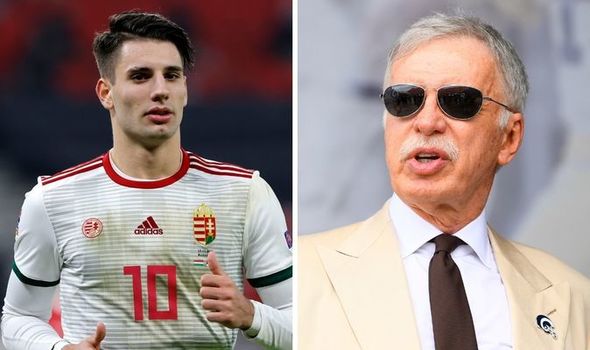 However, The Athletic report that Arsenal’s owner has targeted an 18-month period which could see Arteta fully backed in the transfer window.

Szoboszlai has impressed since breaking through at Red Bull Salzburg, scoring 22 goals in 74 appearances.

And it is claimed that Arsenal’s hierarchy have already been in discussion about meeting Szoboszlai’s £22.5m release clause.

However, Bayern Munich legend Lothar Matthaus has warned that Arsenal will face strong competition for his signature.

How Arsenal could line up after Dominik Szoboszlai and Aouar transfers

“He is a gem,” Matthaus told Munchner Abendzeitung. “He’s like Kai Havertz.

“He could move to RB Leipzig in January, but I’m convinced that every top club in Europe has him on their list, including FC Bayern.

“In Hungary, Szoboszlai is already being compared to the great Ferenc Puskas.”

And Hungary manager Marco Rossi backed up claims from Matthaus, insisting Germany is where the 20-year-old will end up. 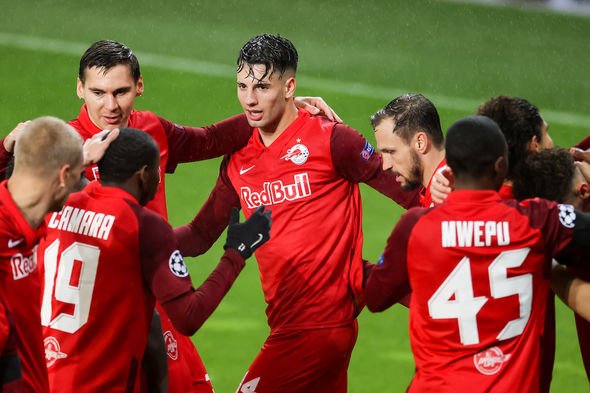 “I’ve never talked to him about Napoli but he reads and inquires.

“I wouldn’t mind if he moved to Napoli in Italy as, living in Pozzuoli, I would be able to see him more often.

“But my feeling is that he is more likely to end up in Germany: he is ready to make the leap, going to the Bundesliga where there’s a faster pace.

“The Austrian football of Salzburg is similar to that of the Bundesliga and a move to Italy would involve changes and periods of adaptation from a tactical point of view.”