Roma have stepped up their interest in Feyenoord attacker Orkun Kokcu leaving Arsenal facing up to missing their second attacking target of the summer.

Having already missed out on Emi Buendia to Aston Villa, their hopes of signing Kokcu are in the balance after the Italian club accelerated their interest in the Turkey international.

Lyon are another club interested in Kokcu, who made 22 Eredivisie appearances in 2020-21. 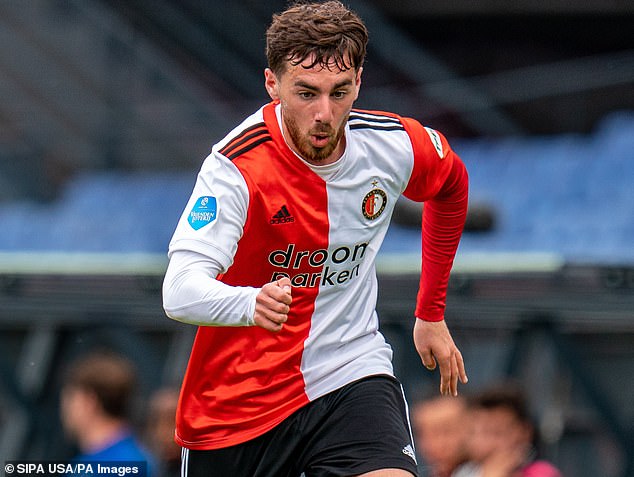 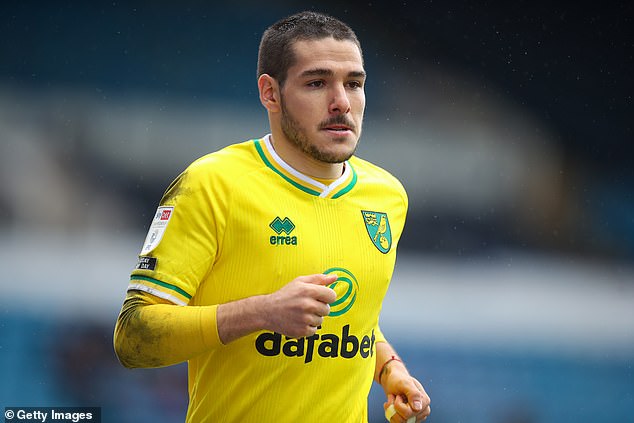 The Gunners have already missed out on Emiliano Buendia, who has joined Aston Villa

The Gunners have been keen on the attacking midfielder for 12 months and have even held talks via video call with the 20-year-old but now risk missing out altogether.

Kokcu is viewed as one of the brightest talents in Europe and is attracting admiring glances from across the continent.

Along with Roma and Lyon, AC Milan are keen; Kokcu’s representatives were seen leaving their Casa Milan HQ recently.

Returning from a two month injury lay-off in January, he was named in the Eredivisie team of the month for February, March and May and he heads into the Euros where Turkey play Italy, Wales and Switzerland in their group which they’re favourites to progress from. 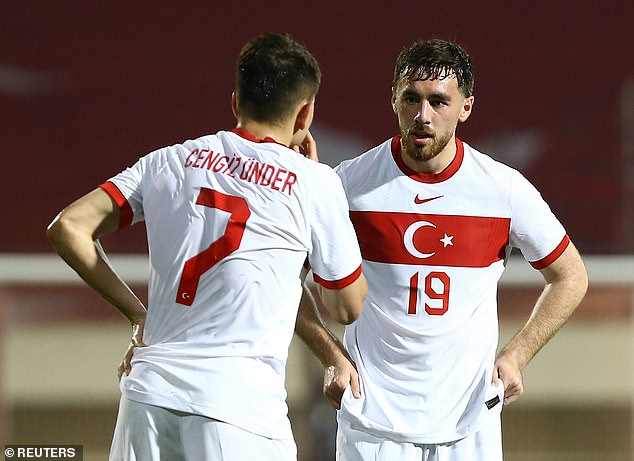 Lyon are another club interested in Kokcu, who will play in the Euros this summer for Turkey 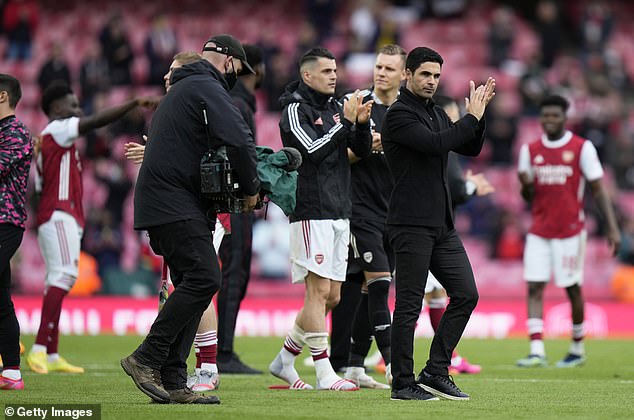