Transfer update: How much have Premier League clubs spent?

Arsenal are now ‘firm favourites’ to sign Brighton & Hove Albion midfielder Yves Bissouma, according to reports. The Gunners are looking to bolster their squad in the summer transfer window and are reportedly ready to ‘firm up’ their interest in Bissouma.

Manager Mikel Arteta and technical director Edu are working on a squad overhaul in the off-season, with as many as five new arrivals expected in north London.

Central midfield is just one area they are concentrating on after a disappointing season saw Arsenal finish eighth in the Premier League and suffer defeat in the Europa League semi-final.

The £45million arrival of Thomas Partey last summer is yet to pay off for the Gunners, who now look set to clear house in midfield.

Granit Xhaka is reportedly on the brink of joining Jose Mourinho’s project at Roma, with Arsenal holding out for their valuation of £21.5m (€25m) for his signature.

Matteo Guendouzi has been linked with a move to Marseille following a spell on loan with Hertha Berlin, while there are also doubts about Joe Willock, Ainsley Maitland-Niles and Mohamed Elneny. 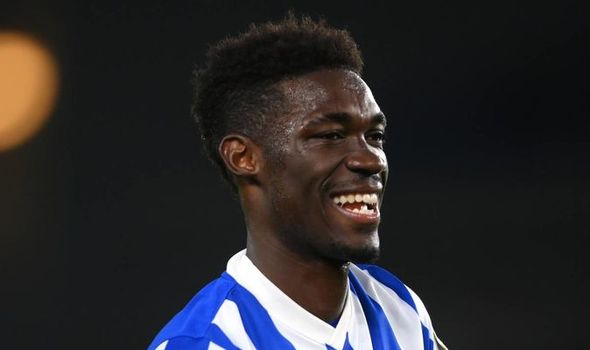 That uncertain picture means the Gunners are ready to push forward with their efforts to sign Brighton’s Bissouma this summer.

According to 90min, Arsenal ‘are looking to strengthen their interest’ in Bissouma after both Liverpool and Leicester City contacted Brighton over the Mali international.

Bissouma has two years left on his Brighton contract – and the Seagulls do not want to sell – but the report states the 24-year-old is ‘looking for a move away’ this summer.

The report states ‘his unwillingness to move so far north’ has effectively ruled out Liverpool and Leicester and made Arsenal ‘firm favourites to secure his signature’.

The Gunners have been linked with Denis Zakaria, Ebrima Darboe and Ruben Neves in recent weeks, but Bissouma appears to be their first choice.

Brighton reportedly value the central midfielder at £50m and Seagulls chief executive Paul Barber admitted recently that the club’s best players would be available for the right price this summer.

“I don’t see it [interest in Bissouma] as a negative at all,” Barber told The Athletic.

“The more the big clubs that are interested in our players, the more we’re doing right, so I am delighted with that.

“We know some of our best players aren’t going to be with us forever and, if the right offer comes along – and it has to be the right offer – and they want to leave, then they can go.

“If we’ve got players leaving, then we’ve got back-up internally, and we can go out into the transfer market. We’re always looking ahead.

“We’re always trying to scout the best young players and bring them into our squad, or loan them out. It’s a really important part of what we do.”