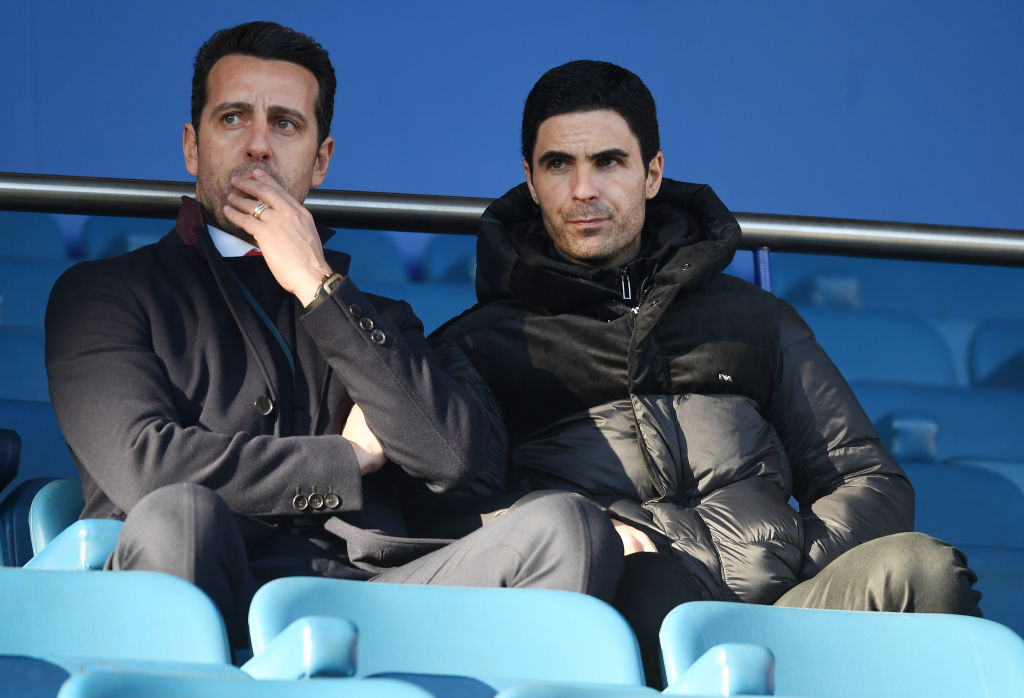 Arsenal have Marc Overmars on their list of potential replacements for Edu as pressure mounts on the Gunners’ technical director, according to reports.

The 43-year-old left his behind-the-scenes role with Brazil’s national team to return to Arsenal in 2019 as the club’s first-ever technical director.

However, Edu is now under increasing pressure to keep his job after a string of unsuccessful signings during his time at Arsenal.

Edu approved a deal for Willian, who was handed a £220,000-a-week contract after joining on a free transfer from Chelsea but was unable to make an impact in Mikel Arteta’s side last season.

The Gunners now face the prospect of terminating Willian’s contract and paying off the 33-year-old in order to pave the way for his move to Brazilian side Corinthians.

Edu also oversaw the signing of Icelandic goalkeeper Runar Alex Runarsson, who looks well short of being capable of challenging for a first-team place, and sold Emiliano Martinez to Aston Villa for £17m, with the Argentine quickly establishing himself as one of the Premier League’s top keepers since leaving Arsenal.

Edu approved a £27m deal for William Saliba, who is still yet to play for Arsenal and is now back in France for a third loan spell.

While during the Brazilian’s reign, Arsenal have spent a combined total of nearly £100m on David Luiz, Pablo Mari, Gabriel Magalhaes and Ben White.

According to the Daily Express, Arsenal are now considering their options and Overmars is back on the club’s radar.

The former Arsenal winger is currently the director of football at Ajax.

In his column with Sky Sports last week, Paul Merson accused Edu of ‘lazy’ recruitment since he returned to the club.

‘It’s worrying at Arsenal. You’re still thinking, ‘where are they going?’.

‘Edu has come in, and the recruitment has been lazy, if I’m being honest. It’s been, ‘oh, we’ll take Willian on a free… we’ll take David Luiz for cheap’.

‘I remember years ago in football, managers were judged on signings. Sometimes I think Arteta is left behind, and I’m not sure how much of a say he has got in all of this.

‘Why would you let Joe Willock go? I’m not saying he’s the answer, but he’s come through the club and is going for £25m, that sort of money isn’t going to change Arsenal. It’s not like a Harry Kane or Jack Grealish sale where you get £100m and can rebuild the team.

‘But Arsenal are prepared to pay Willian big money. Where is the future in that? It’s quick fixes. Surely Willock is a future player and for the present, and can be involved in the plan.

‘Jonny Evans is a good example. I was calling for Arsenal to sign him when he left West Brom – a very good player, who was at Man Utd at the wrong time. He would have been a success. But it felt like Arsenal didn’t sign him because he played for West Brom.

‘My question to Edu would be… what’s the plan?

‘I think we got spoiled with Arsenal 20 years ago. Those days are gone. 2004 is gone. We’re all still living in the past with Arsenal. But look where they are – this is Arsenal, now.’