Arsenal owner Stan Kroenke’s viewpoint on sacking Mikel Arteta has emerged. The Spaniard is under huge pressure in the wake of his side’s 1-0 defeat to Burnley on Sunday night, with Pierre-Emerick Aubameyang’s own goal giving the Clarets all three points. The Gunners sit 15th in the Premier League table, just five points above the relegation zone.

Arsenal went into their match against Burnley aiming to bounce back after recent Premier League defeats to Wolves and Tottenham.

However, the Gunners couldn’t rely on home comforts at the Emirates Stadium as Sean Dyche’s side picked up all three points.

Arsenal were beaten courtesy of Aubameyang’s own goal, with the Gabon international misjudging a header and sending the ball sailing past Bernd Leno and into his own net.

To make matters worse the north London side also had Granit Xhaka dismissed for appearing to grab Ashley Westwood by the throat.

On social media, many Arsenal fans called for Arteta’s head in the aftermath of the game.

Massimiliano Allegri is still available, having quit Juventus shortly after guiding them to the Serie A title back in 2019. 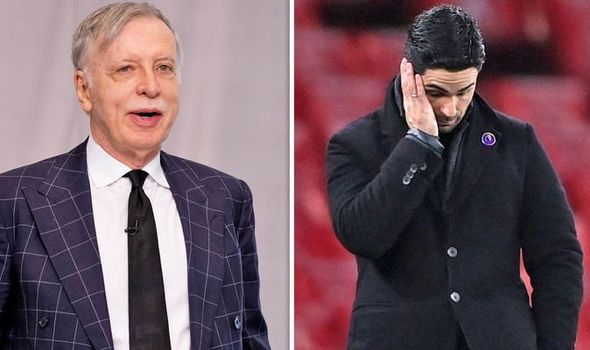 And so too is Mauricio Pochettino, the former Tottenham boss.

However, Football London say Kroenke is currently behind Arteta and doesn’t want to bring the axe down on the struggling Spaniard just yet.

The 38-year-old is said to have ‘plenty of good will from within the club that should not be understated’.

Arteta guided Arsenal to the FA Cup trophy last term, beating the likes of Manchester City and Chelsea on their way to the prize.

And he also oversaw their Community Shield triumph over Liverpool back in August, shortly before the start of the current campaign.

Kroenke and KSE are said to have full faith in Arteta’s project – but that won’t last forever. 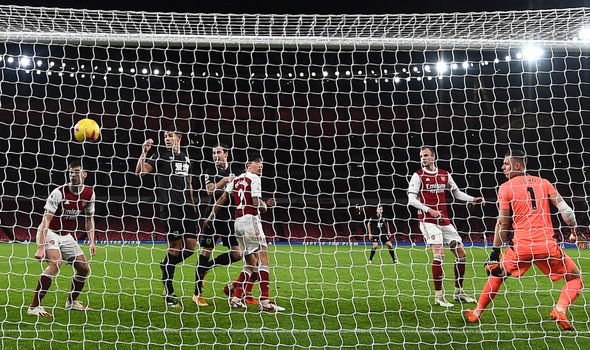 And with players from within the dressing room supposedly starting to turn on the Spaniard, he seems to be facing a huge fight to turn the club around.

Arteta knows he won’t be given years to build this team and results will have to turn around soon if he’s to stay in the job he took 12 months ago.

He said: “You’re setting your team up yesterday defensively.

“Who in his staff has thought it would be a good idea for Elneny to be a marker at a set-piece, when Elneny is ignoring the ball completely and just staring at his man and pushes the guy down?

“He [Elneny] goes down pretending he’s been pushed. He should have been sent off there.

“Who has looked at the situation and thought ‘he could be one of our markers?’. If he does that once you don’t have him anywhere near marking a player.”

“Someone in his staff must have seen that and thought, ‘Not sure about that boss, let’s put someone else there’. Someone on his staff has to go, ‘That’s down to me’.

“You learn at 15, 16 how to mark properly and if you’ve got half a brain it’s in your head forever. Don’t tell me that Elneny’s not marked someone in the past at a set-piece for Arsenal and shown signs that he might not be very good.”